previous
Forager gets a physical release for Switch and PlayStation
random
next
Ancestors: The Humankind Odyssey gets a release date
0 comments 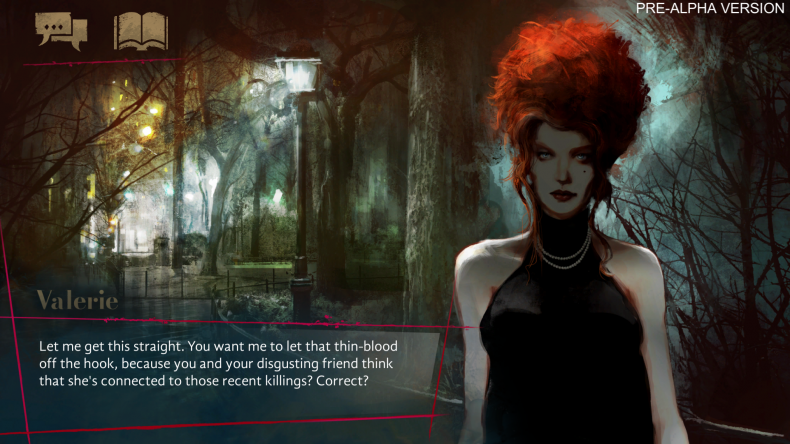 The trailer shows the basics of the narrative based game, which takes heavy inspiration from the original pen and paper Vampire: The Masquerade game.

The trailer shows a Visual Novel art style and in it you can see several game mechanics such as hunger, the passing of time, clan disciplines, in game map, and quests etc..

Vampire: The Masquerade – Coteries of New York is due to be released on PC in early December. It is expected to be available on Steam, GOG.com and globally through other digital outlets. There are also plans to release a Nintendo Switch version, due out in Q1 of 2020.

For PS4 and Xbox players there isn’t any firm news at present, however the team is actively exploring options to see if a release on those platforms will be possible.

Likes to shoot stuff and wear pretty shoes. Is a BEAST at Titanfall.
MORE LIKE THIS
Draw DistanceGog.comSteamTrailer