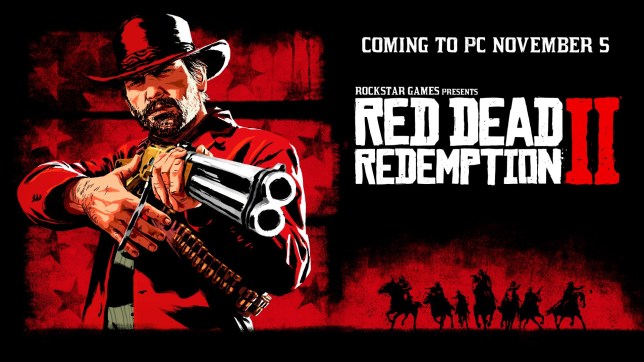 Rockstar Games has today announced that its popular western action-adventure title Red Dead Redemption 2 will be coming to PC on November 5, 2019. This sees a Red Dead Redemption title hit PC for the first time. Gamers can expect graphical and technical enhancements, as well as additional content. You’ll get new Bounty Hunter missions, Gang Hideouts, Weapons and more in this version.

Additionally, you also get access to Red Dead Online, the shared living world of the game which includes all updates so far released. This includes the latest Frontier Pursuits update which included a raft of new features.

For those that Pre-order the game through Rockstar Games Launcher, you also get access to additional bonuses. Pre-order from 11 am ET on October 9, 2019, through to October 22, 2019, and you qualify. You can choose from two of the following PC games to download for free:

There are also in-game bonuses for pre-ordering through Rockstar Games launcher, including 50 Gold Bars for Red Dead Online, as well as an Outlaw Survival Kit, War Horse, Treasure Map and Cash Bonus for Story Mode.

Red Dead Redemption 2 is out now on PS4 and Xbox One. It launches on PC and Google Stadia this November.