Pillars of Eternity II: Deadfire coming to PS4 and Xbox One in January 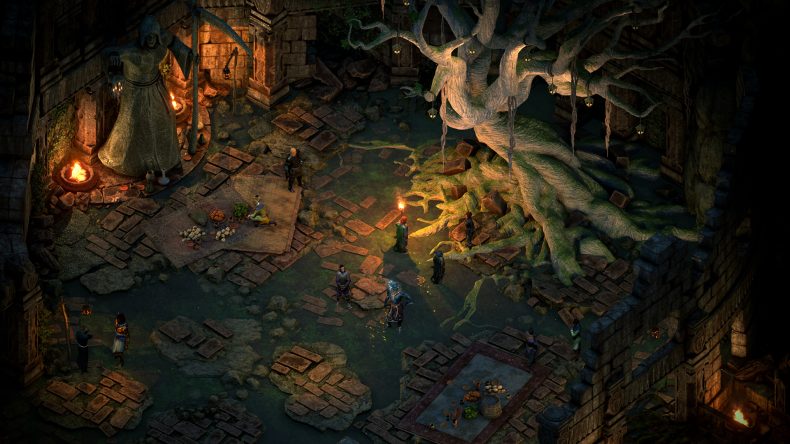 Pillars of Eternity II: Deadfire is coming to PS4 and Xbox One on January 28, 2020, with both a standard edition and Ultimate Collector’s Edition available at launch. The story follows you and your companions as you uncover the rogue god Eothas’ machinations as he tramples over the Deadfire Archipelago. He’s not a happy boy, erupting from underneath your castle and killing your people. Not only that, but he steals a piece of your soul!

Featuring an enormous open world, turn-based or classic real-time modes, detailed character creator, and a story that spans over 100 hours. It’ll also come with the Best of Winter DLC, The Forgotten Sanctum DLC, and the Seek, Slayer, Survivor DLC.

Bend the world to your will as you explore the depths of infinite possibilities, including detailed character customisation, total freedom of exploration, and more meaningful choices at every turn. Featuring an enormous open world, a massive cast of characters, and a story you can play your way, Pillars of Eternity II: Deadfire Ultimate Edition redefines the role-playing game experience for a new generation.

If you want to splash the cash you’ll be able to buy the Ultimate Collector’s Edition for £119.99, and will include: Video games are cool. Don't let anybody tell you any different.
MORE LIKE THIS
pillars of eternity II: deadfirePS4Xbox One

Obsidian partners with Versus Evil to publish Pillars of Eternity II: Deadfire
Be the first to comment!
Leave a reply »