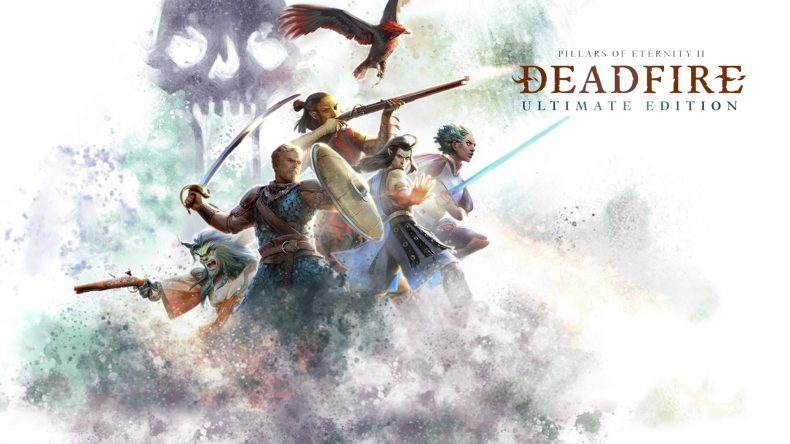 Travelling across the vast Deadfire Archipelago drags you deeper and deeper into a world that feels very much alive. Behind the politics and power struggles you begin to learn a lot about, there’s a wonderful cast of characters, many beautiful settings, and plenty of opportunities for you to become a key player in the story that unfolds. Unlike the original Pillars of Eternity, Deadfire takes you to the high seas, far from the forest of Dyrwood and familiar territory. Pillars of Eternity II: Deadfire – Ultimate Edition brings the PC version to console, but does it hold up?

I’d been waiting to delve into Pillars of Eternity II: Deadfire since it released on PC in 2018, and after only a few hours playing I was hooked. Granted, it takes a while to get going, but once the story opens up and you gather some party members to take with you on your travels, it becomes hugely satisfying. CRPGs like Planescape: Torment and Baldur’s Gate are hugely influential to the Pillars series, but with Deadfire, Obsidian have taken the ball and ran with it. It’s become its own game within the genre in its own right.

Whilst it plays relatively well on console, it’s clear these types of games are better suited to PC. There’re tons of menus that would be much more accessible with a mouse and keyboard, but Obsidian has managed to adapt the UI to be used with a controller to a reasonable standard. The left trigger pulls up a wheel, and from there you can select your journal, character information, the combat log, and inventory among other things. Each menu is dense, giving plenty of information for you to get stuck into, and you’ll find yourself immersing yourself in every single detail to get your head around the game. There’s a lot to take in, but thanks to a hefty tutorial that can be referred to at any time, you’ll pick it up fairly quickly. The right trigger lets you use your different actions, such as special abilities or items, and whilst travelling you can chat specifically to party members about any concerns they may have. Whilst in Nekataka, I chatted with Aloth who was struggling with some of the decisions he had made in the past. We talked it out, and I believe I helped him to understand that he did what he did because he believed it was for the best, and it helped us to build our friendship.

The choice of companions throughout Pillars of Eternity II: Deadfire are a varied mix. Edér returns from the first game, and is loyal to the end, Serafen is a cipher you acquire as you’re about to depart on your new ship for the first time, and Xoti is a monk and priest who has ties to the God you are looking for. There are other companions, each with abilities and skills to help you throughout the game, and choosing how you utilise them is key. Battles can be overwhelming at first, especially if you’ve never played a CRPG before.

Like traditional table-top games, there’re a lot of factors to take into account when playing. Your defence is measured against an opponents attack, immunities to spells or abilities need to be taken into account, and managing your parties formation is also an important aspect. You can play like traditional CRPGs, or choose the turn-based approach. If you struggle at first, you can make it much easier by fiddling with the difficulty settings, allowing any more difficult enemies to be levelled down to you, giving you a fairer fight. As fun as it is travelling across the huge world of Deadfire, the loading screens are excruciating. If you enter a new area – be it a city or building – there’s a load screen, and it takes a while for it to load up. It makes the journey laborious at times, and can really affect the flow of the game. Whilst at sea, the game’s isometric approach becomes more of a top down view, watching as you sail from one new location to another. There’re plenty of islands to explore, and small pockets of civilisation that will offer you new side quests.

The Defiant is your ship, and it becomes integral to your journey. Hiring a crew and keeping them happy will be the key to a well-oiled machine. Feed them nicer foods and plying them with alcohol guarantees a better voyage. You might occasionally bump into fellow pirates that will try to attack you, making sea battles one of the best parts of the game. It becomes more of a text-based back and forth, making various decisions to take down a rival ship a tactical battle of will.

Visually, Pillars of Eternity II: Deadfire looks great on console, with environments that feel alive. Plenty of NPCs are living their own lives, and it brings the Deadfire Archipelago to life. Having the option to use the controller to run is better than the normal point-and-click approach, but you can switch between them. There was the occasional stutter whilst moving around, normally coming back from one of the load screens. One element of the visuals that does work well is the break in play to show off a cutscene shown like the pages of a book. Text pops up with the wonderful voice-acting, and you get to enjoy the story with beautifully painted visuals.

With tons of classes to play around with, and a deep character creation, Pillars of Eternity II: Deadfire gives you full control over how you play. In combat, you can pause the game and set up each one of your party’s options, and having a huge array of potions, items, and spells means you can play the game exactly how you want to. With all three DLCs included as well, the game becomes even bigger. This really is the full package.

Pillars of Eternity II: Deadfire – Ultimate Edition provides a vast world to explore in a lively Caribbean setting. There’re plenty of classes, skills, and abilities to play with, including customisation for almost everything at your disposal. Apart from the awful load times and the odd framerate issue, the console version of Obsidian’s follow-up to their breakout CRPG Pillars of Eternity is a game you can get completely immersed in.

Pillars of Eternity II: Deadfire - Ultimate Edition brings the epic CRPG to consoles, and the majority of it is excellent, although there are far too many load screens that seem to go on forever.