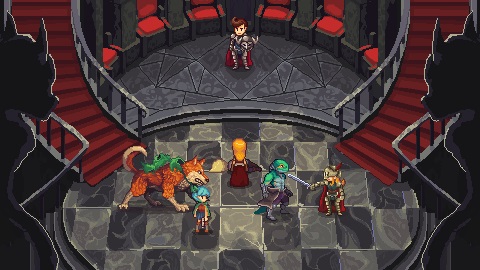 Last year a kickstarter was run for a 16 bit SNES style RPG, Chained Echoes. It seems the kickstarter was a success, raising over 200% of the funding goal. That’s not too shabby a goal to reach.

The dev behind the RPG, Matthias Linda, announced that a publishing deal has been sorted. Matthias Linda will be teaming up with publisher Deck 13 to bring Chained Echoes to PC, PS4 and Switch.

Chained Echoes features customisable airships, massive mechs as well as the following features to get stuck into:

There’s no firm release date yet but the aim is to release on PC, PS4 and Switch at the end of 2021. There is also a trailer for you to have a look at below: