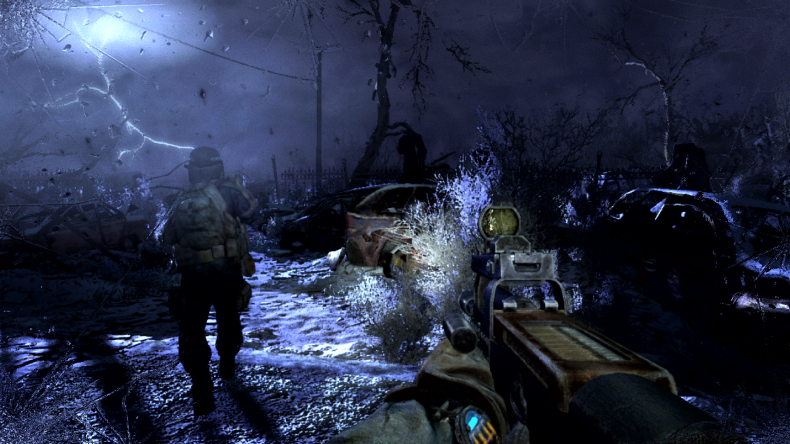 Deep Silver and 4A Games have today announced that Metro Redux, the double game collection that includes Metro 2033, and Metro: Last Light, is coming to Nintendo Switch next month.

In addition to the two campaign, Metro Redux on Switch will also include all the Metro: Last Light DLC, and will also have two different play styles – “Survival” and “Spartan”.

For those players who purchase the boxed edition of Metro Redux, both games and the DLC will be on one 16GB cart with no additional download. The Ranger Cache pre-order pack is available at selected stores and contains a Metro Redux pin badge set, a game case sleeve, art cards, a poster and alternative art work.

Metro Redux on Switch is due for release on 28 February.

Likes to shoot stuff and wear pretty shoes. Is a BEAST at Titanfall.
MORE LIKE THIS
Deep silvermetro 2033Metro Reduxmetro: last light