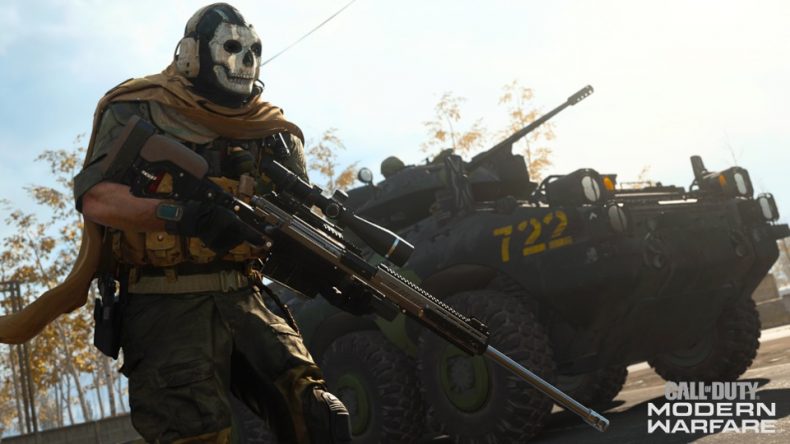 “The community response to Modern Warfare since launch has been incredible and we’re thrilled to bring back some legendary fan-favourite maps and an iconic beloved Modern Warfare character, Ghost,” said Patrick Kelly, Co-Studio Head and Creative Director, Infinity Ward. “We’re committed to continuously fuelling the fun with more and more content for everyone and can’t wait for players to experience what’s to come with Season Two.”

Picking up from where the story left off previously, in Season Two Coalition and Allegiance forces must put their differences aside to work together in averting a catastrophic nuclear disaster and find out where Al-Qatala has taken a Soviet nuclear warhead. Season Two features a steady stream of fresh new Modern Warfare content for all players, with additional content and new playlists to be released weekly.

The official press release details all the new content, and you can read it all below:

New Multiplayer Maps: In Rust, a beloved multiplayer map returns from Call of Duty: Modern Warfare 2, as players drop into intense, fast-paced combat amid an oil yard in the middle of the desert. In the all new Atlas Superstore, players set foot into a large-scale supercentre warehouse taken over by Al-Qatala forces with unique lines of sight. Later in the season, Khandor Hideout will join the rotation with an isolated desert turned battleground, suitable for versatile tactics and diverse playstyles.

New Ground War Map: In Zhokov Boneyard, an expansive airplane junkyard in Verdansk, bulldoze through buildings with a tank, find the ideal sniping position, or go rogue with a run-and-gun mentality.

New Gunfight Maps: The Modern Warfare Classic, Rust will also make its appearance as a Gunfight map, delivering a new setting for intense, close-quarters 2v2 matches. In Bazaar, coming later in the season, experience a tension-filled Gunfight amongst a tightly contained cross-section of the streets of Urzikstan.

New Multiplayer Modes: In the Call of Duty League Ruleset Playlist available now, all fans can play like the pros. Later in Season Two, Gunfight Tournaments will make a return as players enter the single elimination 2v2 firefight and battle to win rewards. Throughout the season, additional modes will be available including fan-favourite mode Demolition, pitting two teams against each other with the objective of attacking or destroying bomb sites.

New Trials: Four new trials will be included in Season Two for players to put their skills to the test and earn up to a three-star ranking and XP. In Quad Race, hop onto an ATV and master the course for the fastest time. In Fire in the Hole, practice throwing skills by tossing lethal equipment on a target. In Price’s Alley, sharpen decision-making and eliminate the enemy as you face waves of hostiles mixed with civilians. In Behind Enemy Lines, find and eliminate all hostiles in the area of operations as quickly as possible.

Players that own the Season Two Battle Pass will be instantly rewarded with an unlock for iconic and fan-favourite Special Forces Operator Simon “Ghost” Riley, playable across all Multiplayer and Special Ops modes, along with access to even more Weapon Blueprints, XP tokens, Operator Skins, challenges and watches. Plus, players who reach tier 100 will have unlocked a total of 1,300 COD points that can be used to pick up even more cool content in the Store.

Video games are cool. Don't let anybody tell you any different.
MORE LIKE THIS
ActivisionBattle PassCall of Duty: Modern WarfareInfinity Ward