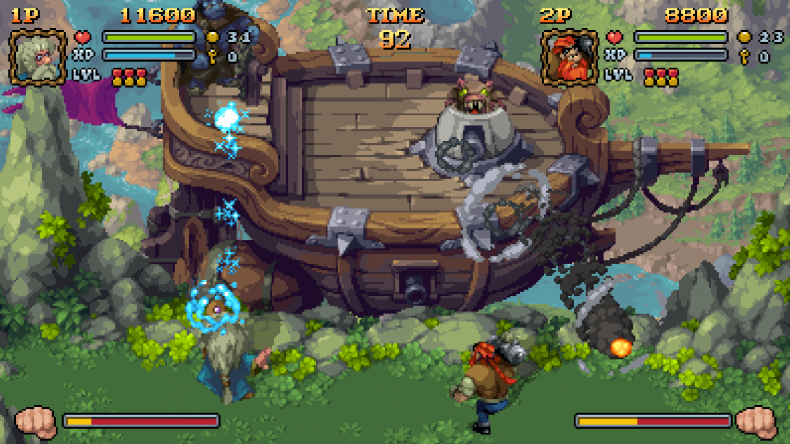 It’s good to see more successful Kickstarters after the recent success of Wonderful 101. After smashing its £40,000 funding goal with a week left to go, Numskull games will bring Kickstarter hit Battle Axe to the PC, Switch and PS4.

The gorgeous top down hack and slash looks incredibly promising, and it’s looking likely that it will smash through its New Game+ stretch goal any day now. Everything about the upcoming game sounds really promising.

– Pixel art fun – an adventure for pixel art enthusiasts, with gorgeously designed characters and environments to enjoy with every frame

– Solo or co-op – choose from three highly-detailed heroes to embark with on your quest, playing alone or with a friend in local co-op”

It’s been a while since a Kickstarter campaign grabbed my attention this much, and I can’t wait to try it when it launches.

Ryu struggles with a Curse in new Ninja Gaiden 3 Trailer