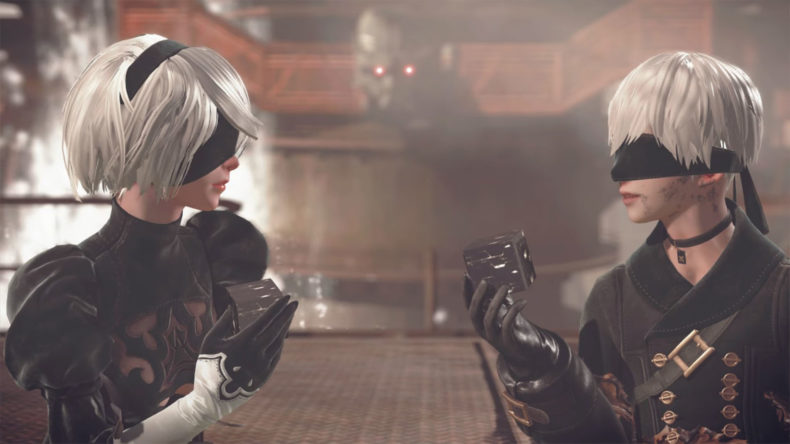 When was the last time you played Nier: Automata? I’m guessing, like me, you loved it and hammered it when it first launched on PlayStation, and maybe even dabbled later on Xbox, but haven’t really got down with it properly since then. If nothing else, the Switch version (NieR: Automata The End of YoRHa Edition) is a reminder that this really is Yoko Taro’s masterpiece, and it’s just an exceptional game in every regard that we should probably talk about once a year, just to remind ourselves of how ace it was.

But that’s not all that NieR: Automata The End of YoRHa Edition does, really. I’m not gonna sit here and pretend this is the best-looking version of a great game, nor am I even going to argue the toss that it’s the portability that makes it the “ultimate edition”, because the Steam Deck exists, though is obviously far less in circulation. But I wouldn’t have played Nier: Automata again if not for this version, and I’m so glad I did. 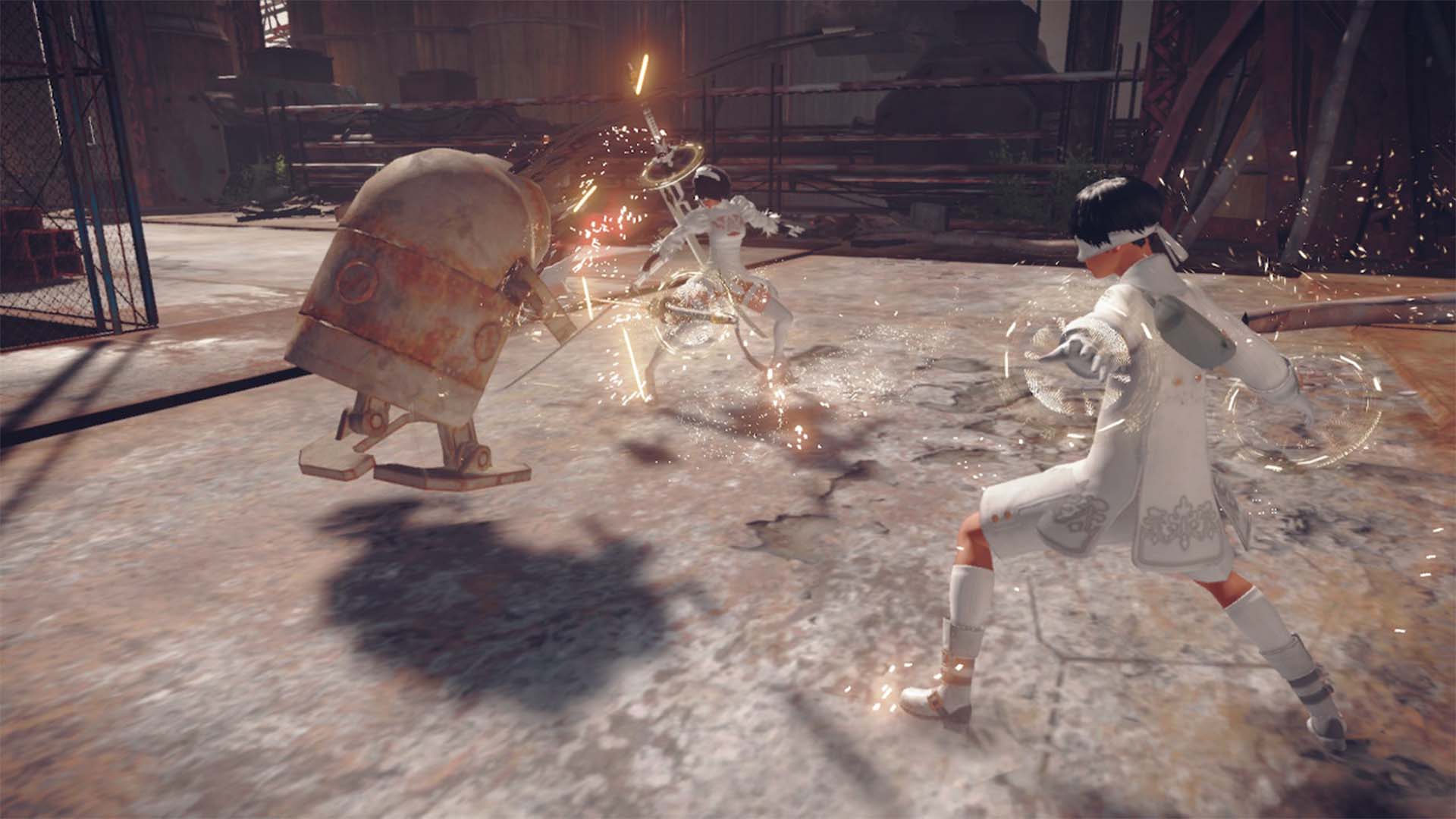 Rather than wax lyrical about multiple playthroughs, or the genius that is the marriage between Taro’s storytelling and PlatinumGames being on top of its game with a combination of Bayonetta-style third-person combat, hacking mini-games, and shmup gameplay elements all combining to make a sensational game from start to finish (multiple times), you probably want to know how it plays, and importantly, looks on Nintendo Switch.

And look, the resolution has taken a hit. It had to, really. There’s nothing about NieR: Automata The End of YoRHa Edition that makes you reel in horror, so to speak. There are some jagged edges around some textures, as though someone forgot to turn the anti-aliasing on, and in a game that was, let’s face it, never the best looking to begin with, it’s a definite downgrade. I wouldn’t go so far as to call it ugly, but it’s fair to say it’s the least visually arresting version of Nier: Automata so far.

Frame rate, as well, has taken a bit of a knock. Thankfully, it doesn’t seem to drop to anything unacceptable, it’s just not running at a smooth 60fps, like the original PlayStation 4 version did. That said, the original PS4 title also didn’t hit 1080p, which the Switch version does manage in docked mode. But to be clear, either in handheld or docked, the frame rate is targetted at 30fps here, and I can’t say it has many noticeable drops below that. For those wondering, it’s 720p in handheld mode, with that 30fps locked as well. 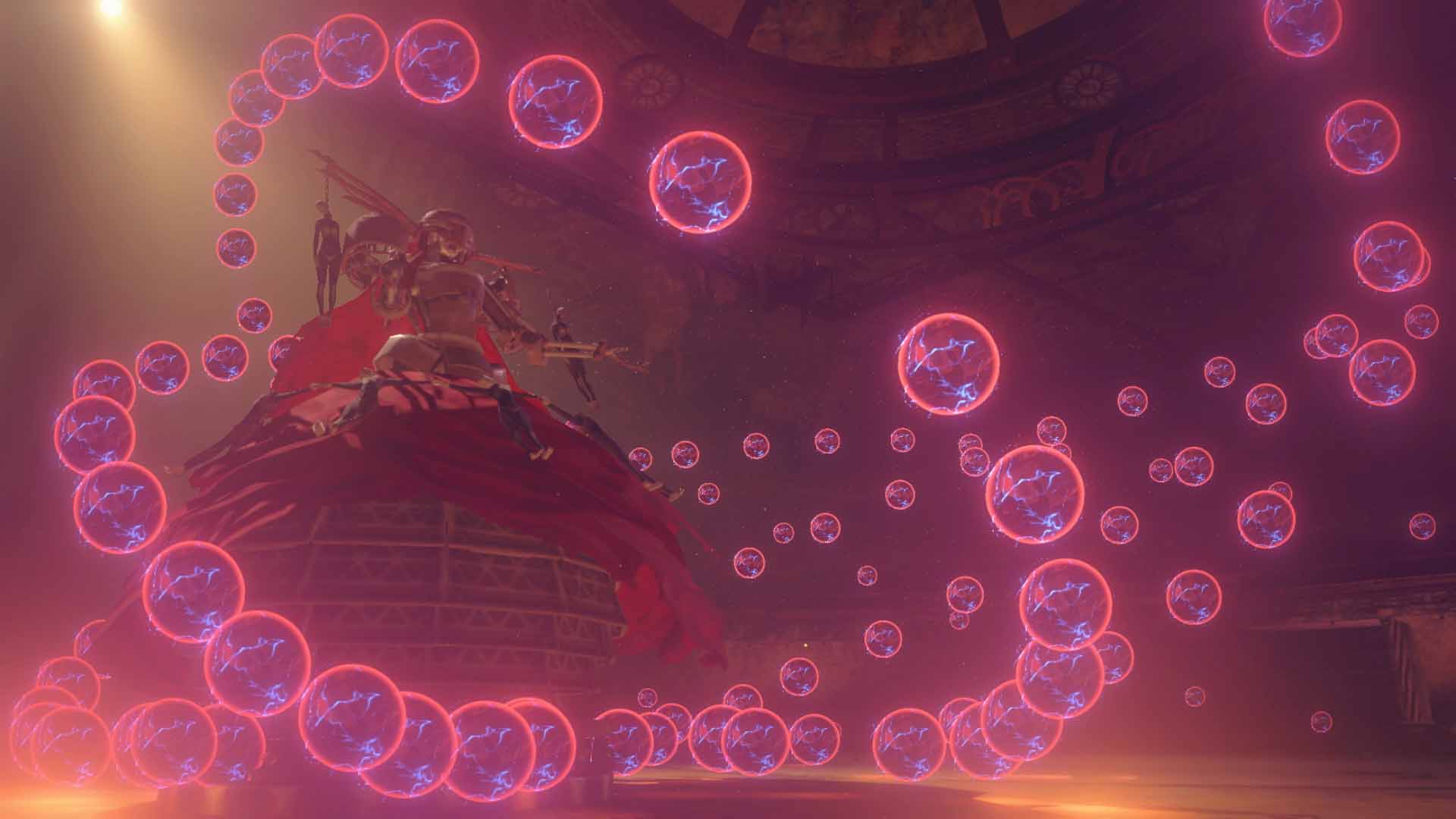 And I’m torn on this. To be completely transparent, I do think that reduction in frame ever so slightly affects the gameplay. Now there’s no part of me that is going to say “it’s bad”, but I do think it’s important to point out there is a definite noticeable difference if you’ve played other versions, even if it was years ago, like me. That said, it’s still an absolutely superb thought, isn’t it? Playing Nier: Automata on the go, or the toilet, or on top of a rooftop party while everyone else drinks and is being all social: what could be better? The reduction in frame rate might even be something you wouldn’t notice if you’re brand new to the game.

To make up, somewhat, you can use motion controls to flip or slide. It’s not something I’d personally choose to do, but it’s nice to know it was included as an option for those that like it. There’s also some touch screen stuff, which you can find for yourself. There are some new costumes, pod skins, and the downloadable content 3C3C1D119440927 (cosmetics and a small story section) and 6C2P4A118680823 (this being the Switch-exclusive content), one of which is a free grab from the Nintendo eShop. It doesn’t soften the blow, per se, but it does mean you’re getting a complete and full version of everything Nier: Automata, only with a lower frame rate, and obviously slightly lower quality visuals. 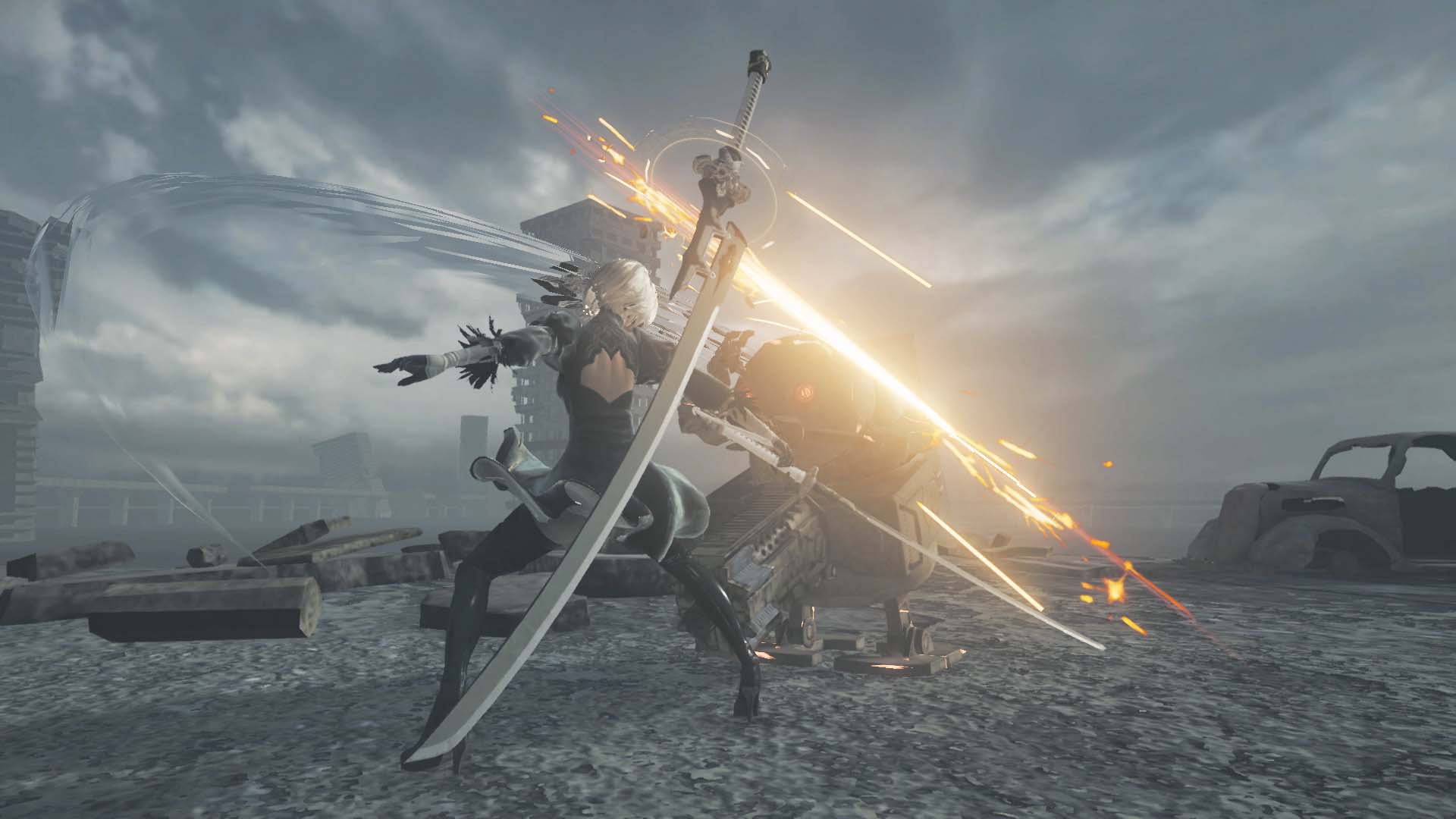 But really, for me to not recommend NieR: Automata The End of YoRHa Edition on Switch, it’d have to be a broken or non-working game. This is still a phenomenal title that pushes the envelope in multiple ways, and shows how a unique idea can be delivered with almost perfect execution. I can’t tell you it’s the best version, and I can’t tell you that you need to rebuy it, even though I’m sure Mr Taro would love me to. But I am so glad I played it, as it’s a reminder that no matter how old you get, or how many games you play, there are special moments that will always stand out from the others.

NieR: Automata The End of YoRHa Edition is brilliant. It’s a little rougher than its big brother versions thanks to the hardware, but the heart and soul is present, the story and combat are excellent, and the idea of actually being able to go to the toilet while playing it somehow feels like some sort of meta endgame for the title that even the biggest of fans couldn’t have predicted. Still essential, still bonkers. Play this game.

Lower frame rate than other versions
Looks rough in spots