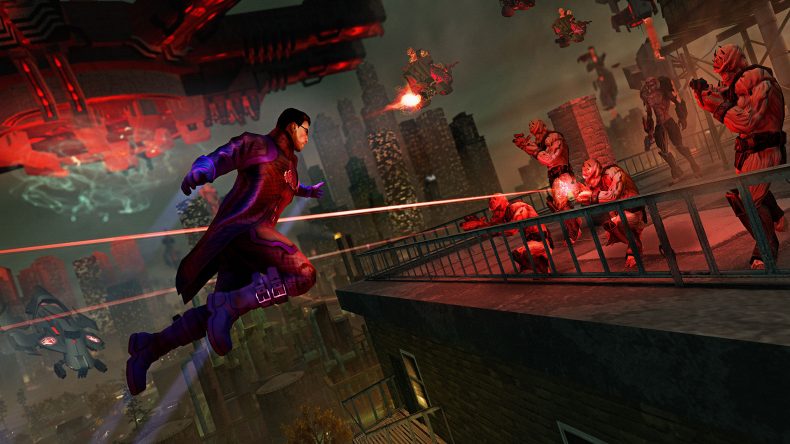 If you miss the bizarre open world shenanigans of Saints Row, Deep Silver has announced that Saints Row: IV – Re-Elected is heading to Nintendo Switch on March 27, 2020. The release will see all 25 pieces of DLC included, and if you pre-order the boxed edition, a unique Presidential Pin Badge Set will also be part of the deal.

Saints Row: IV – Re-Elected sees you go from street hustler to the President of the United States, and after an alien invasion has wreaked havoc on Earth, you take the battle to space in an effort to save humanity. As ridiculous as it is, the series wouldn’t be the same without its sense of humour and wackiness.

Here are the key features of the game:

-The American Dream – Play as the President of the United States in a wild story that spans countries, time, and space. It’s up to you to free the world, now for the first time on Nintendo Switch™.

-Super Hero-in-Chief – Leap over buildings. Kill people with your mind. Run through tanks. Those are just some of the powers on offer that you can wield in your quest.

-Alien Toys of Destruction – Wield an impressive array of alien vehicles and weapons. The Inflato-Ray, the Polarizer, the Disintegrator, and many more are all are yours to utilise.

You can watch the announcement trailer below: