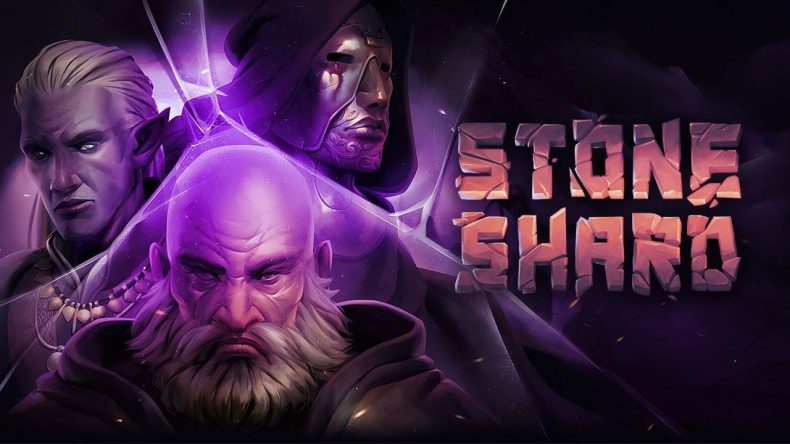 I appreciate a challenge as much as the next gamer. There are few things better than finally beating a boss who at first seemed insurmountable, or clearing a level that’s had you banging your face off the nearest hard surface for hours. The history of “gamermasochism” goes back along way. Younger folk will probably cite things like Demons Souls or Super Meat Boy, but it real difficulty goes back to the early days, when we had out arses kicked by Battletoads, Super Ghouls N Ghosts, Ruby and Emerald Weapon in FFVII back in the day.

But the last decade has seen more and more developers actively attempting to test their players, to see how far they can be pushed. From Software are pretty damn good at it now, but indie darlings like Dead Cells and Hollow Knight have also helped pave the way for the “Roguelite”, arguably the gamermasochist’s genre of choice. People, for whatever reason, seem to really enjoy failing hundreds of times if it means they’ll eventually succeed once. This is obviously something Hypertrain Digital and Ink Stain Games kept in mind while working on Stoneshard, a brutal open-world dungeon crawler with a deceptively twee appearance. The problem is, as I pushed myself through the opening hours of this early access Prologue build, I couldn’t help thinking that maybe they’ve taken it a bit far. Stoneshard doesn’t feel simply difficult or challenging at this point; it feels downright bloody-minded, and I don’t mean that as an ironic compliment.

The tutorial sees you in control of adventurer Verren, seemingly the last survivor of a dungeon crawl gone wrong. He’s gruff and tough, reminding me of Harkyn from Deck13’s Lords of the Fallen. Trapped in a cell with only a dead body for company, Verren soon sets about escaping his shackles to go on the search for any other survivors. It’s actually a cool premise, that you’re part of a party of adventurers in the aftermath of what you’d term a total wipe.

The view is isometric, the pixel art nicely detailed, the bouncy walk animation tricking your hindbrain into thinking this is a game for kids, despite the blood and body parts. I was immediately impressed by a few things in this initial area. For a start, the injury and survival mechanics are sound. You have to eat and drink to manage hunger and thirst, but you also need to dress broken bones with splints and bandages, use healing salves, rest to recover, and treat pain with alcohol, which itself can cause intoxication and addiction. Think of a more direct version of Darkest Dungeon’s sanity system. I also like that all the equipment you wear and use is reflected on your little dude, which isn’t often the case in games of the is kind. Also, the skill system seems solid. You can equip whatever you like, divvying points between the usual stats each level, but you learn skills by reading the treatise you find scattered around the place, which you can then spend skill points on to activate. From the looks of it, there are lots of these, too, ranging from sword and bow skills to pyromancy and sorcery. Leaving my cell, I didn’t have these skills yet, only a rusty iron bar and the jailor’s shiv, and I was killed almost instantly by the second enemy I met.

Combat is kind of turn-based, and sees the enemy react directly to your actions. You hit, they hit (or hit, scratch, cast, whatever), you move, they move. It’s oddly tactical, especially in fights with multiple enemies who can cast AoE spells or launch ranged attacks. Sadly, the enemy who killed me hit three critical in a row while I “fumbled” all my hits, and I died pretty fast. Then I had to do the whole conversation and escape from prison again. I get that it’s a Roguelite, but it was bloody annoying, and it happened three more times before I reached the first checkpoint.

Now armed with a sword and shield and a few pyromancy spells, I battled my way through the next segment only carkng it three more times, until I went down some stairs and found myself stuck with only two options: face the boss or start from scratch. Thankfully, there was a checkpoint outside the boss door, and I say “thankfully” because it took me no fewer than 11 stubborn attempts to kill it. 11, in what was still a tutorial section. I was ready to quit, if I’m honest, but when I got through that fight I felt the familiar old rush of victory; my blood was up, and I was ready for whatever came next. Unfortunately, what came next was a pair of lowly wolves who merked me in a few seconds.

There was some stuff in between, of course. Control switched from Verren to a character I got to select from a roster. I got to mooch around the town talking to people, robbing their houses, the usual RPG stuff. But here’s the thing: those wolves shouldn’t have killed me so easily when there’s really not anyway I could have gotten stronger before chancing upon them ten yards from the starting village. Also, you can only save in the tavern in Stoneshard. You can’t save halfway through what could be a 20 to 30 minute quest. If you don’t do it in one sitting without dying, you have to start it all again. And not just the quest itself like in many Roguelites; Stoneshard goes back to your save, so any randomised loot you collected or skills you unlocked are gone. It’s not just hard, it actually feels deliberately too punishing and although hardcore gamers will probably enjoy it, I didn’t and others won’t.

I don’t really mind the combat difficulty, I don’t mind saving at checkpoints, but to have to travel to the quest, complete it and travel back without dying when it’s so ridiculously easy to die is, in my opinion, too much to ask and I’m hoping it’s something the devs change when it comes out of early access. Right now it’s skewed too sharply against the player, and the nature of the combat is such that you can’t really offset the challenge with higher skill. It’s all too random and there are too many factors to consider, and no build diversity in the early game. Also, I wanted to start again and pick a different class, but a new game meant doing the whole tutorial with Verren and the boss again. Yeah, no thanks.

Stoneshard has massive potential. The character progression is great, and while the combat needs a lot of balancing, it’s enjoyable. But right now it’s the wrong kind of challenging, and is more likely to frustrate and alienate than excite.