The new Vive Cosmos Series has been unveiled 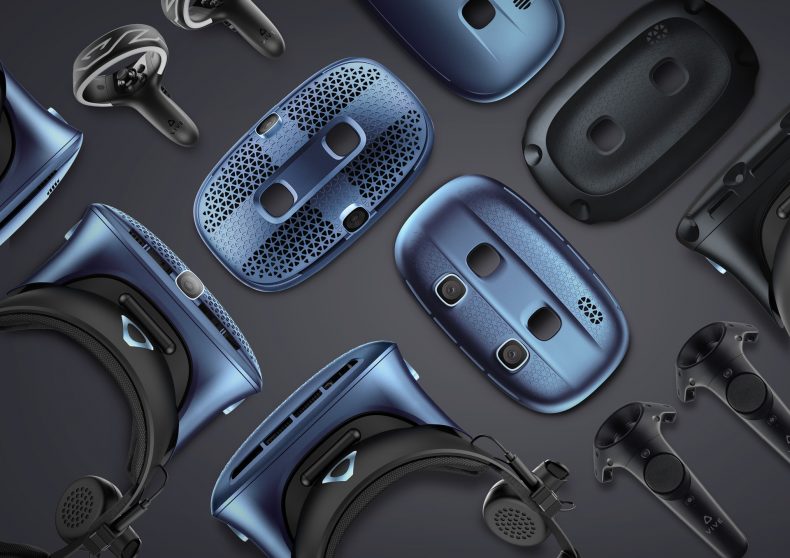 If you’re a VR fan/user/have a passing interest, then you might want to read about the new Cosmos Elite, Cosmos XR and Cosmos Play.

“Our customers want an incredible VR experience and we are proud to announce a new family of products tailor-made for VR use-cases of all types,” said Yves Maître, CEO, HTC. “Vive Cosmos is truly the most versatile headset yet. From consumers just discovering VR for the first time to the demanding business user, Vive Cosmos offers stellar quality, comfort, and the ability to evolve VR and XR journeys over time – from changing faceplates to adding options like wireless.”

The Cosmos comes with interchangeable faceplates. This means that future upgrades and performances will be as easy as changing the faceplate.

It also comes with a new flip-up design making it easier diving right into a VR world. The ergonomic features in the Cosmos range are also designed to make things more immersive and comfortable.

For the visual side of the Cosmos, HTC has upped the ante from the original. The Cosmos has a display of 2880×1700 combined pixel resolution. That’s an 88% increase over the original. It also comes will all-new LCD panels to reduce the distance between pixels and minimise screen-door effect. The Cosmos Elite has been designed to pair the performance of external tracking with the flexibility of inside out tech.

It also uses Lighthouse based tech to enable users to experience the precision of SteamVR tracking. The Cosmos Elite also supports the Vive’s ecosystem of peripherals, including the Vive Tracker and the Wireless Adapter.

As for the cost, the Cosmos Elite bundles retails at $899 USD/£899 GBP with an aim of releasing in Q1. The External Tracking Faceplate will launch as a stand-alone accessory in Q2. This will retail at $199/£199 as an upgrade for either Vive Cosmos or Vive Cosmos Play.

The Cosmos XR is a stand alone edition and faceplate for the modular Vive Cosmos. This will bring high-quality XR passthrough cameras to Vive Cosmos. Debuting as a developer kit in Q2, the Cosmos XR will allow a near-complete passthrough field of that utilises the majority of the VR display. Showing up to 100 degrees field of view.

The Cosmos XR, featuring these high-quality cameras, aims to blend the VR and real world seamlessly.

Additional info on the Cosmos XR will be revealed at the upcoming GDC conference. The Cosmos Play is ideal for the likes of Viveport Vider, Angry Birds VR: Isle of Pigs, The Curious Tale of the Stolen Pets and others.

The Cosmos Play is also a cheaper simple to use option for the likes of business and public VR experiences, e.g. museum environments.

If the Play option is for you, you’ll still have the option of upgrading with the numerous VR accessories and faceplates.

Additional details of the Cosmos Play will be released in the coming months.

If you’re into additional tracking height when you use inside-out tracking then the Cosmos’ six-camera’s might be what you need. This offers additional vertical and waist tracking with the two additional cameras. The Cosmos is also compatible with the Wireless Adapter.

And finally, some pre-order info. As suggested by the header. The Cosmos Elite will be available to pre-order from Vive’s site on February 24. Other Cosmos Series pre-order info will be released over on the Vive site.