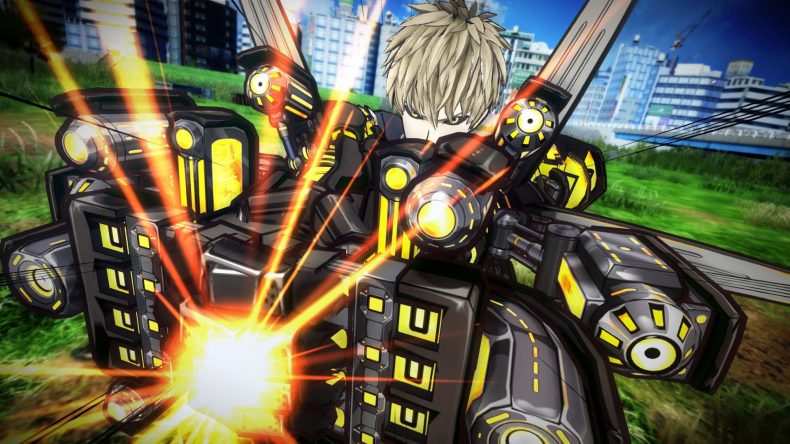 One Punch Man: A Hero Nobody Knows will release on Friday. To celebrate, a brand new launch trailer has been released.

The trailer seems to be showing Saitama one-punching his way through the entire roster of characters.

The 3-vs-3 tag fighting game features customisable options for their hero and they will join with the Hero Association to battle their enemies and cross paths with familiar faces from the original story.

From the beginning of the journey, players will set their sights on a mysterious “Caped Badly” named Saitama who can finish any fight with only one punch.

One Punch Man: A Hero Nobody Knows will launch on 28 February on Xbox One, PS4 and PC.

Likes to shoot stuff and wear pretty shoes. Is a BEAST at Titanfall.
MORE LIKE THIS
bandai namco enterntainmentOne Punch Man: A Hero Nobody Knows