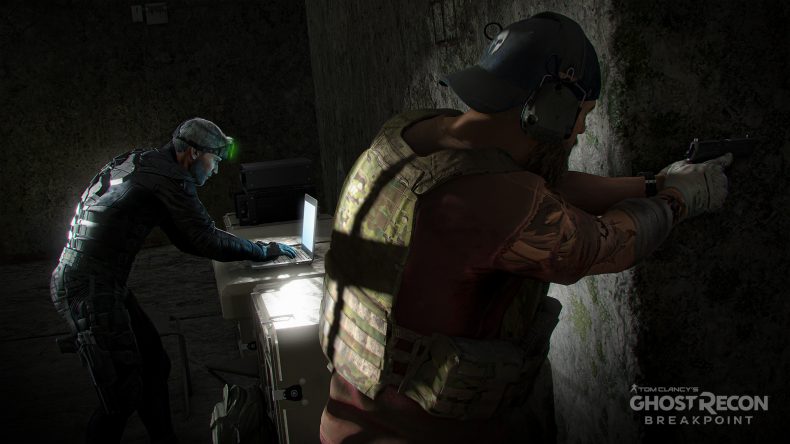 Ubisoft has today announced that Episode 2 for Tom Clancy’s Ghost Recon Breakpoint is available from March 24. This also goes live with the Title Update 2.0 which includes the new Ghost Experience with other major additions. The update will be available on PC, PS4, Stadia, UPLAY+ and Xbox.

Let’s have a more in-depth look at what is included in this massive update:

This adventure ties into Episode 2 covering 8 narrative missions that sees you teaming up with none other than Sam Fisher. The same Sam Fisher from Tom Clancy’s Splinter Cell. You’ll both uncover a plot to develop mind-controlled military drones and attempt to stop its development on Aurora. Your stealth skills will be put to the test through these missions.

All players will have access to the first mission and 2 rewards for free and will be able to join co-op parties with those who own the Adventure. The full adventure will be available to those of you who have the Year One pass or if you want to buy it standalone.

Both classes will be available in PvP & PvE modes. Those who have the Year One pass will have a one week exclusivity starting from March 24.

This new free mode for all players offers more immersive and tactical options. You can now fully customise your experience with the possibility of removing gear level and using a more realistic loot system. A more in depth look at this mode can be found over here.

These updates include 4 new maps and a map voting option.

Some new features that are included in the Title Update 2.0 are: camera placement, BASE jumping, weapon/gear sorting options, vehicles, respawn system improvements, gunsmith updates and more. A full list can be found on the patch notes.

Players on PC, PS4 and Xbox One can experience all the content in the update in the free weekend. The weekend runs from March 26 up until March 29.

And finally, get yer eyes round this trailer for Ghost Recon Breakpoint: Deep State.