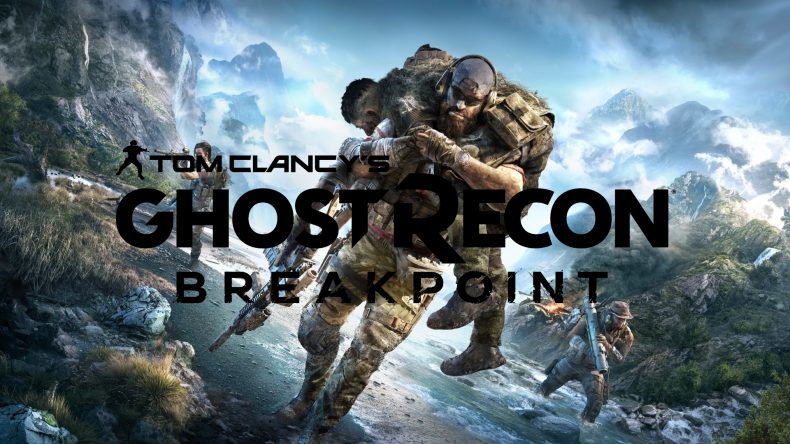 Realism in games is kind of overrated. Most of us play to escape; if I want realism I’ll go outside and look at that shit-show. But there are some franchises that pride themselves on being realistic where possible, on eschewing certain heavily-used game tropes in the service of creating an experience that feels as authentic as can be.

Tom Clancy’s Ghost Recon used to be one such franchise. A tactical, squad-based, one-shot-kill exercise in patience and planning. It was famous for its difficulty, for the fact that you couldn’t blast through it like just another shooter. It wasn’t for everyone, but then it wasn’t made for everyone; it was made for the people who wanted that level of realism. But then, they used to make games very differently, once upon a time.

Ghost Recon Breakpoint, however, is the most “made in 2019” a video game can possibly be. Without sounding melodramatic, Ubisoft have abandoned almost everything that made the franchise in any way unique. To say it has become a shell of its former self is inaccurate, since even the shell is gone, and if it had simply been called Tom Clancy’s Breakpoint no one would have even suspected there was a franchise sub-header missing. I don’t agree with reports that it’s confused or doesn’t know what it wants to be either, because Ubisoft knew exactly what they were doing with Breakpoint to the extent that it feels partly like some kind of experiment. They’ve taken a grab-bag of elements from every successful franchise they currently develop, stitched them together with microtransactions and then unleashed their own Frankenstein’s monster on the world. The biggest shame is that the Ghost Recon name will be effectively retired after this, or at least tarnished beyond repair. Because if they had simply dropped that name from the title, and been more upfront about what they were developing, it might not sting so much. Breakpoint is essentially a hybridisation of Far Cry and The Division, giving us vast open spaces and a huge map full of busywork, taking away our squad mates and adding in a gear score that is almost entirely superfluous. This is evidenced by the fact that headshots are always one hit kills on an unprotected head, which means if you go for the noggin (which you should be anyway) enemies are downed in one hit regardless of your level, their level, or the gun you’re using. And the multiplayer element removes gear bonuses, essentially dropping everyone to a baseline of zero. Which means the gear score exists for one reason alone: to justify the looter-shooter aspect, which itself exists to justify the in-game store.

As Nomad, the grizzled veteran of the Ghost Recon franchise, you’ve been shot down over the island of Auroa, where a burgeoning, technologically advanced Utopian society has been taken over by Sentinel, the private paramilitary group originally hired to defend it. A rogue Ghost named Commander Walker, played by the gruffly charismatic John Bernthal, has been picking off Nomad’s scattered team, which is particularly painful as he trained most of them. The story is actually decent, as Nomad finds himself confined to Auroa by the swarm of drones holding the island hostage and has no choice but to help the local Homesteaders get out from under Sentinel’s control.

Despite there being a perfectly functional squad’s worth of other Ghosts on the island, Nomad instead goes it alone, dropping the squad element from Wildlands. Along the way you’ll meet various factions such as the Outcasts who live separately to the Homesteaders and the various disenfranchised scientists who work or used to work for Jace Skell, the billionaire who owns Auroa. They’ll hand you side-quests and mark yet more weapons and fast travel points on your map, side-stepping any of that pesky exploration and discovery malarkey. Ghost Recon Breakpoint is the natural evolution of what has become Ubisoft’s brand, which is to say it’s an oddly enjoyable shooter with almost no originality whatsoever. You’ll gather loot from chests and dead enemies, or be awarded new gear for completing missions and side missions, all in service to the gear score. But it’s telling that despite this score, I used the same two guns for the first ten hours of the game and once upgraded I never felt the need to swap them out. Eventually I swapped them because I was bored of looking at them.

Rather than simply wearing the tactical gear you’d expect for a special forces type like Nomad, you can dress him in cosmetic skins that alter face masks, headgear, tops, trousers, boots, gloves and accessories. You can equip emotes, tattoos, and decorate your guns. To an extent, this stuff makes sense in a game like The Division, where there are multiple agents at work in the city and everyone wears normal clothes. In Breakpoint this stuff exists to make you buy it, and you only want to buy it to show it off in the unnecessary, tacked-on social hub. I can’t stress strongly enough that the social hub is utterly pointless and immersion breaking. You’re surrounded by other Ghosts, all decked out in whatever cool stuff they’ve bought from the online store or unlocked in-game (as the less cool stuff can be bought with Skell credits), and it adds absolutely nothing to the game or story.

If I sound overly negative, it’s because the good stuff in Breakpoint, and there is good stuff here, is almost all hamstrung by the bad. They’ve tightened up some elements from Wildlands like the driving and the shooting, which form the bulk of what you’ll be doing and therefore make for a better experience mechanically. And despite being mostly by-the-numbers, the story is compelling enough that I always wanted to reach the next objective and see the next story beat. And the elements of realism that remain, while dumbed down, are welcome enough. Eating and planning while resting at bivouacs to give you bonuses to XP and damage resistance feel very gamey, but they at east they’re present. I also like having to fill up my canteen in rivers to help stave off fatigue, although it makes little sense unless the rivers in Auroa are running with naturally occurring caffeine.

Even the element of planning and execution no longer feels like Ghost Recon’s own, because sending out your drone to map enemy placements and items of interest is almost identical to the eagle doing it in Assassin’s Creed Odyssey. There are no radio towers to climb, but there are bivouacs to find and unlock that act as travel points, and intel scattered everywhere that will lead you to weapon attachments, collectibles, strongholds, and chests.

Bikes, jeeps, helicopters, and boats are everywhere, which is a good thing as you’ll routinely need to travel upwards of five in-game kilometres to reach an objective. This exposes yet more issues, as you can scarcely travel half a kilometer without passing yet another group of enemies gathered around a vehicle, holding random Homesteaders hostage, or on patrol miles from anywhere. And the amount of small groups of civilians you’ll find just standing around a bike doing absolutely nothing is weird. There’s also the Azrael drone to contend with for most of the first half of the game, which periodically flies overhead and will disgorge nigh unkillable drones if it spots you. It all adds up to make the world feel artificially populated. Vast expanses of nothing are filled with the exact same group of three people and their bike, or a random patrol that’s there because Ubisoft know you’ll get bored travelling five kilometers without something to shoot in the head every now and then. Talking to people in Ghost Recon Breakpoint even feels arbitrary, as Nomad swagger up and the following conversation goes thus:

Nomad: “Hey, can y’all tell me where this location is?”

And that’s it. That’s the extent of the interaction. Likewise, finding clues to solve mysteries is achieved by talking to NPCs and then pressing a big green button that says RESOLVE. It’s false agency, and Breakpoint would be better without it. The multiplayer element is actually quite worthwhile if you prefer interacting with others. You can play most missions or simply free-roam with friends or a match-made squad and it does make the game more fun for the most part. The PvP mode, Ghost War, also feels like it’s meant to be, rather than just a tacked-on experience. There are specific missions to play as well as simple team-based combat, and the Battle Rewards system – essentially just a Battle Pass – gives you something to play towards.

Oddly, I’ve genuinely had fun playing Breakpoint, but to do so I’ve been forced to just accept the flaws and push through them. The constant flow of loot tricks my looter-shooter brain into thinking I’m achieving something for finding a new pair of khaki pants with a higher number than the ones I’m wearing, and the shooting is good despite enemy AI that pretty much just advances on your position in every situation. The environments are also impressive enough, with sunsets and sunrises that make you believe you’re on a paradise island cut off from the rest of reality.

Ghost Recon Breakpoint is arguably the most disappointing game of the year, if only because the franchise has fallen so far from what it was. It has now become just another looter-RPG bogged down with microtransactions and checkbox gameplay, with a less interesting setting than The Division 2, Far Cry 5, or Assassin’s Creed: Odyssey which somehow play out almost exactly the same. Ubisoft have achieved something with Breakpoint that other franchises could only dream of ten years ago: they’ve killed Ghost Recon dead.

I've had fun playing Breakpoint, but to do so I've had to just accept the flaws and push through them. The constant flow of loot and the shooting tick my boxes, but everything good seems to come at a cost.