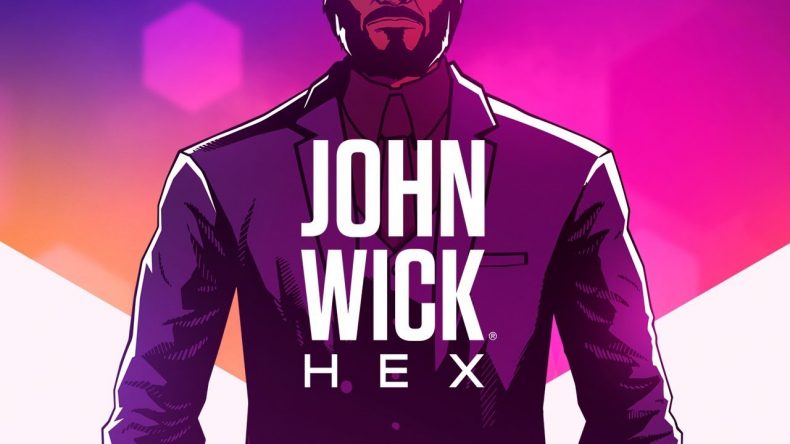 John Wick is cool. We all know it. Like any good action movie lead, he makes us want to be as cool as he is. Normally, I’d say we’d want to be him, but he gets shot and beat up an awful lot. Luckily, John Wick Hex gives us the chance to be the man himself minus the bullet wounds and bruises.

Honestly, I think most of us would have expected a third person action game like Uncharted, perhaps mixed with Enter the Matrix, but Mike Bithell thought otherwise. Rightly so too, as it turns out. John Wick Hex is a strategic action game with a kind of turn-based style, and it’s probably the best way to recreate the character and his uncanny ability to fight against the odds. And make no mistake, the odds are always against you here. Right off the bat, I’ll warn you that this is not an easy game. Oh, it’s simple to play, but its difficulty level is pretty high from the very beginning, though often it’s because you’re caught off guard. That will happen in the early levels, before you get to grips with the mixture of Superhot-like movement and almost turn-based combat. Actually, you’ll still be caught off guard after that, just not as often. The game is played from a top-down perspective and you’ll control John by clicking on various dots around him, based on a hex system. While he’s in motion, time moves forward for you and the enemy. Spot an adversary and time will pause again, pointing out the newly-discovered threat. This is where the turn-based element comes into play, as there’s a timeline at the top of the screen that shows which moves are being made by both sides and how long they will take. Before you make any moves, you can see how long they will take to perform in relation to those of your foe. Basically, if you want to take a shot at them but their timeline shows they’ll take a shot first, you can decide whether to absorb the hit or attempt to move out of the way. If you move in close enough, you can even hit them or knock them down. Considering ammo is at a premium, melee combat is worth thinking about.

Everything is limited in John Wick Hex, so you really do need to strategise. When ammo runs out, you’ll need to pick up an enemy’s gun after killing them. Things like melee take-downs use up focus points, which can only be regained through a quick refocusing, with John shaking off the pain in that uniquely John Wick way. But that allows time to pass, leaving you open to attack. Health is obviously limited, as are the couple of bandages you take into each area to help regain hit points, and that is where the reality of this game really begins to sink in. Each chapter takes place entirely in one area, split up into bite-size levels to maximise the action. It also means that if you mess up, and you will, you can retry a level without losing much progress. However, and this is where it gets harsh, your health, bandages and ammo don’t replenish between levels. You have to adapt to each level’s challenge depending on your situation, so if you reach the final level of a chapter and you’re on 3 HP, with no bandages and only a handful of bullets left in your current gun? Tough luck, you better push through carefully or restart the whole chapter. This is a great idea as it feels just like the films, but when an enemy appears out of nowhere, while you’re mid attack with no way to respond, it can ruin your day. It also feels a little unfair, especially when it happened to me at the very end of two levels in the same chapter. One shot me in the back, just as I killed the boss and the level ended, the next was at the very end of the chapter as I killed what I thought was the last enemy…right at the exit point. Incredibly frustrating, as I had absolutely no way of knowing those enemies were there.

The thing is, this is still a very cool game based around a great gameplay idea. It looks great too, using a kind of cel shaded art style and its cutscenes are like motion comics as a result. It fits perfectly, especially with the voices of Ian McShane (Winston) and Lance Reddick (Charon) helping to narrate this prequel story. I must admit that the animation, while okay during gameplay, sometimes comes undone a little when you watch the replay back. There is a lot of clipping, and that take-down you thought was cool? Turns out the scenery got in the way and John never actually touched the enemy, they flipped over on their own. It’s a shame, but thankfully you rarely notice it when it happens in the moment. The presentation is generally excellent, especially in the sound department. The booming soundtrack of the John Wick movies is all present and correct in John Wick Hex, with every gunshot rattling the ribcage with its volume, every melee strike and takedown making you wince. It’s incredibly impressive.

John Wick Hex is a brilliant take on the series, really nailing the feeling of being John Wick. He’s not a perfect action movie star, as he doesn’t miraculously make it through everything unscathed. He takes a beating, he gets shot, he runs out of ammo and has to improvise as he goes, all of which happens here. It’s not a perfect game, but it is a fantastic game that really makes you feel like you’re in a John Wick movie.

Brutal difficulty from the outset
Enemies often spawn without notice