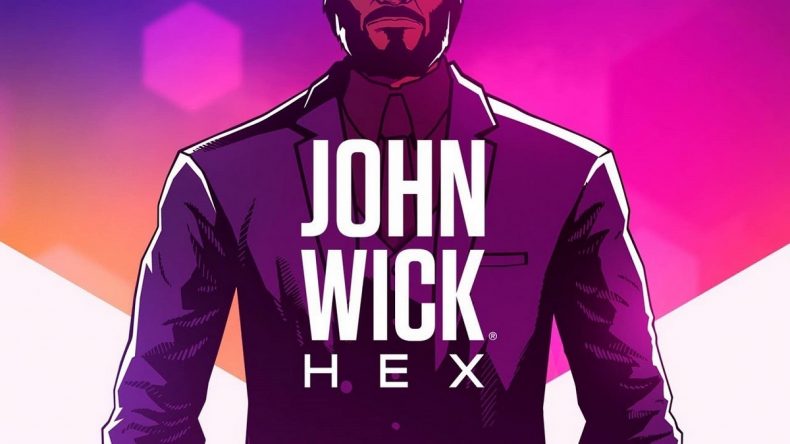 Films don’t get any cooler than John Wick. Not only did they rejuvenate the action genre, they gave Keanu Reeves a well-deserved return to the spotlight. They’re intoxicating, providing choreographed fight scenes that act like a ballet of violence, pulsating music and neon backdrops that ooze style and class, and a stoic performance from Reeves that make each entry in the trilogy a joy to watch. The notion of a video game where you get to play as Mr Wick always seemed like a shoe-in for success, but when it was originally announced and released for PC as an action strategy, I had my doubts. Unfortunately, I never had the chance to play John Wick Hex on PC, but now it’s arrived on PS4, I can happily say it’s the perfect genre for such a fast-paced and crazy world.

In John Wick Hex, you make your way through different levels on a hex-based grid. Everything you do is allocated an amount of time, from walking to reloading, your actions cost you precious seconds, and balancing how you undertake your approach is a matter of life and death. From nightclubs to snowy mountains, every environment is hidden with pitfalls and hiding spots – both for you and your enemies – and you find yourself making the most of the cover on offer. It’s an incredibly smart approach, and once you get to grips with how it works, everything falls into place. The speed in which you choose your actions becomes more efficient, and knowing how enemies move plays into your hands.

Every action has a hit percentage, and knowing how to attack helps to play into the strategy elements of John Wick Hex. Certain enemies use brute force or martial arts to attack you, so keeping your Focus high will allow you to perform takedowns. You can adjust your stance to crouch and roll, but this too uses up Focus, and once it runs out you can only Strike enemies. This becomes a problem if you encounter thugs with guns because you’re unable to evade them quickly, likely getting pumped full of bullets as a result. There’re a range of weapons that all have benefits when using them, but can also be a hindrance in certain situations. Your trusty 9mm fires quickly and has a decent percentage to hit your target, but won’t do as much damage as the shotgun. The shotgun is powerful, but takes longer to load. The SMG has a better rate of fire, but the accuracy is poor at long range. Other weapons like the revolver, carbine, and machine gun pistol also have benefits and flaws, so understanding when to use each one becomes a vital lesson to be learnt. The range of enemies only help to exacerbate your situation. Equipped with armour, big boy guns, and more health can overwhelm you fast. Becoming acquainted with everything at your disposal is all part of the charm, and each challenge helps you to become better. You’ll learn not to rush into areas that seem ‘too quiet,’ and never just wait for the elevator to arrive because Hex has an almost foolproof plan for your downfall.

Choosing to reload, heal yourself, and replenish your Focus all take a certain amount of seconds to fulfil. Whilst you can’t always see enemies on the grid, you can spot their location by a white arrow, so making sure you can get one of these three things done in time before they appear with guns blazing is vital. Everything you do can be interrupted, and they can shoot at you if you’re not paying attention. Time freezes every time a new enemy appears, or after you’ve completed an action, and this gives you time to plan your next move accordingly. It shouldn’t work given the pace and tempo of the movies, but it’s the coolest thing about John Wick Hex.

Each level is split up into stages, and before you undertake a new location, you can spend coins to plan your approach. For example, in stage one you can plant some bandages, then a shotgun in the third stage. You can also equip different ‘suits’ that have benefits like added extra Focus points or the removal of penalties when missing from long range. The planning phase adds another level of strategy to John Wick Hex, but I always found it more important to leave bandages for myself, as weapons always get dropped by enemies, and you start off with a handgun that has two full cartridges. John Wick Hex nails the the sense of style the movies have. From the incredible score by Austin Wintory, to the neon aesthetic, everything about the game feels authentic. Ian McShane and Lance Reddick reprise their roles as Winston and Charon, with voice-acting legend Troy Baker playing the villainous Hex. At the beginning of the game, it states the story takes place “before Helen,” which for the initiated means before his wife dies in the original. It allows Mike Bithell to tell an interesting story without any restrictions the movies may have implemented, and overall it’s an interesting one.With Winston and Charon abducted and taken to a secluded location, John Wick accepts a contract from the high table to find them and bring Hex to his knees.

Throughout most of the game, you’ll certainly struggle to find what works, but after a while you’ll learn how to use time to your advantage. However, the difficulty spike in the final few levels really ramps up, and you’ll face plenty more enemies than you have before. I found it too steep, and whilst I managed to finish John Wick Hex, the last couple of locations – mainly the bank and the Alps – pushed me to my limits. Completing them gave me a great sense of accomplishment, but whilst playing I found myself highly frustrated with the difficulty. Everything you’ve learnt up until the latter stages is important to your success, and sometimes waiting for an enemy to walk into range is more important than rushing in.

John Wick Hex is a faithful take on the movie franchise, choosing a very different approach in style to make it work. Methodically planning your approach before each level, then undertaking your plan with calm and calculated attack makes victory even sweeter when you reach the end of each stage. I loved how after each section you can watch how you tackled the mission with the fluidity of the movies – void of the pausing and restrictions of the time stoppages, adding to the authenticity of Wick’s escapades on the big screen. The music is excellent, the visuals are simplified yet captivating, and the game is incredibly challenging yet rewarding. Some may be put off by the strategic elements and want a full-blown action adaptation, but believe me when I say this is possibly the best way to take what makes the movies so great and funnel them all into a tidy gaming package.

Difficulty spike too steep towards the end

John Wick Hex on PS4 is a faithful take on the movie franchise, providing challenging gameplay, a superb soundtrack, and an authentic experience. Although the game's difficulty ramps up towards the end, it's still a great approach to adapting the movies into a video game.