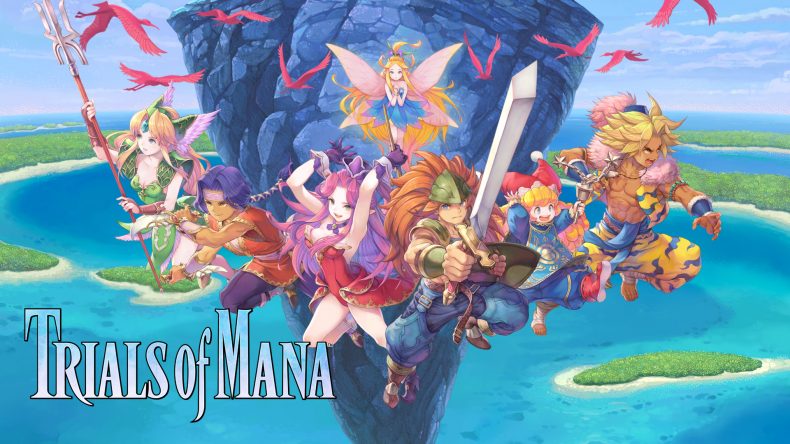 Visually, Trials of Mana’s aesthetic scales very well. It looks softer overall both docked and handheld and isn’t native resolution but it still looks very nice. If you were fine with Dragon Quest XI S’ visuals, you will be ok here. The overall image is a lot better than I expected and I’ve ended up playing more on Switch than PS4 since getting the game on both platforms.

Trials of Mana on Nintendo Switch targets about 30fps. I say that because I could feel it going a bit above and below that. The performance never has big drops thankfully but a 30fps cap would’ve helped. Load times are quite good as well and even are a bit faster than PS4 Pro in some situations.

Some of the problems with Trials of Mana on Nintendo Switch also affect other systems. I usually play a game for an hour with both English and Japanese voice acting and then decide which one to stick with. The English voice acting here has some issues. It is very inconsistent. I’m not really a fan of the Japanese voice acting either but that felt better. Some players might find Trials of Mana on the easier side on Normal difficulty mode, but thankfully you can switch on the fly. In terms of Switch specific features, Trials of Mana’s core gameplay doesn’t have any touchscreen support for menus. It has decent rumble but it isn’t anything special. It does support the Nintendo Switch cloud save backup and video recording feature. Since people like to know these things, Trials of Mana also has a lovely icon on the console homescreen.

Overall, Trials of Mana on Nintendo Switch gets almost everything right. The one thing I hope is that Square Enix can patch in a 30fps cap because it seems to fluctuate above and below that target a bit during gameplay. Visually, the draw distance is definitely lower than PS4 but the aesthetic scales well and the overall image for Trials of Mana looks good both docked and handheld. The downgrade in image quality is something you can see for yourself if you own both systems but I can safely recommend Trials of Mana on Nintendo Switch if you’ve been considering it to play at home and on the go.

Some pop in issues
Inconsistent performance

Trials of Mana on Nintendo Switch is a great way to experience Square Enix's newest remake.