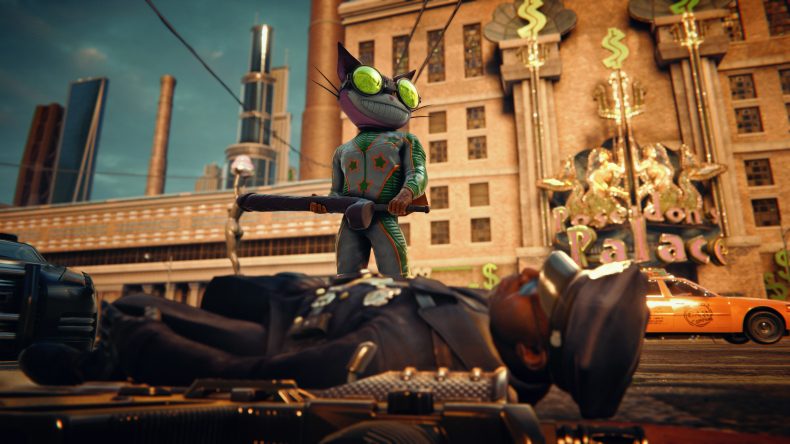 Deep Silver has today announced that Saints Row The Third is getting a remaster for PC, PS4 and Xbox One. There’s also not long to wait as it’s scheduled for release on May 22.

The remaster has been headed up by Sperasoft who have remodelled every weapon, car as well as a massive portion of the city. There are transformed environments, character models and visual effects. You can also expect enhanced graphics and a new lighting engine.

The remaster, as well as the game, all three expansion packs and more than 30 pieces of DLC from the original game. These have also been remastered, which would make sense considering the main game is getting that treatment.

Some of the key features you can expect are:

Those new to Saints Row are in for a surprise with some of the weapons you’ll come across. Old hands can expect some of their favourite weapons to make a reappearance to have a laugh with.

As with the original you can still customise your character to be as outlandish as you like.

If playing solo isn’t your thing you can jump online and take on Steelport together. There’s plenty of things for you to give a try while co-oping through the city.