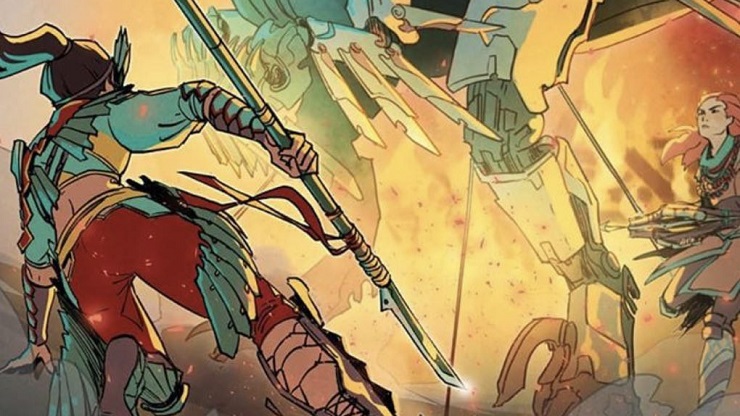 If you’re longing for a sequel to Guerilla’s fantastic Horizon Zero Dawn, Titan Comics are publishing a brand new comic series set after the events of the game. Aloy and Talanah will be returning, and the story has been co-created by one of the writers who brought Aloy’s original story to life, Anne Toole.

The artwork looks to capture the vivid word of Horizon, thanks to Ann Maulina, the woman behind web comic Raruuien, and will be releasing on August 5, 2020. You can pre-order right now on Comixology for when it releases digitally in the summer.

Video games are cool. Don't let anybody tell you any different.
MORE LIKE THIS
ComicHorizon: Zero Dawn