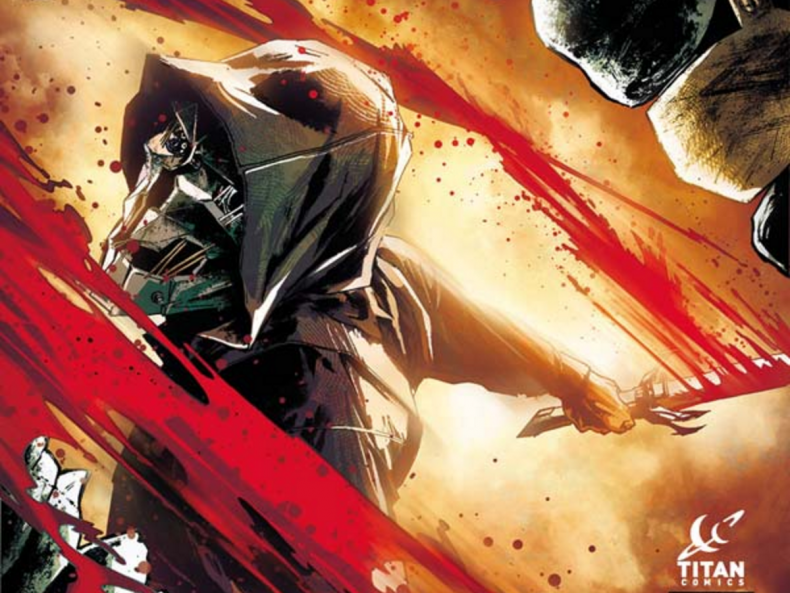 Titan Comics and Bethesda have teamed up to produce a comic and graphic novel series based on their stealth-action title Dishonored.

The series is to celebrate Dishonored 2, with the series’ planning to bridge the story gap between the first and second game. The Dishonored comic will span across four monthly issues, set to go on sale beginning August 3. The comics will feature four collectible covers, three being illustrated by Fabio Listrani, Andrea Olimpieri and Charles Bae while the fourth cover is idential to the Definitive Edition cover art. The four issues will be compiled into a graphic novel after their original run, releasing on November 29. The covers can be seen in the gallery below.

A brief plot description describes the events of the series:

“The city of Dunwall; whaling capital of Gristol and industrial hub of the Empire of the Isles. Twelve years have passed since Corvo Attano scuppered the Lord Regent’s duplicitous plot against the crown and cleared his name of the Empress Jessamine’s murder. Now a little older and perhaps a little wiser, Corvo sets his sights on the future and securing an apprentice to continue his legacy. But when confronted by an impossible face from his past, the supernaturally-gifted assassin finds himself drawn once again into an otherworldly conspiracy, one that threatens to shake the very foundations of his ancient city.”

A three-part novel series is also in the works, written by Adam Christopher, which is set to launch this September with Dishonored: The Corroded Man. Two more novels are expected in 2017, with the books also tasked with bridging the gap between both games.

Dishonored 2 is releasing this November on PlayStation 4, Xbox One and PC.

Currently an English, Journalism and Creative Writing student at the University of Strathclyde. Based in Glasgow, I spend most of my free time playing video games ranging from Japanese visual novels to horror games. You can contact me at greg@godsiageek.com!
MORE LIKE THIS
bethesdaComicdishonoredDishonored 2