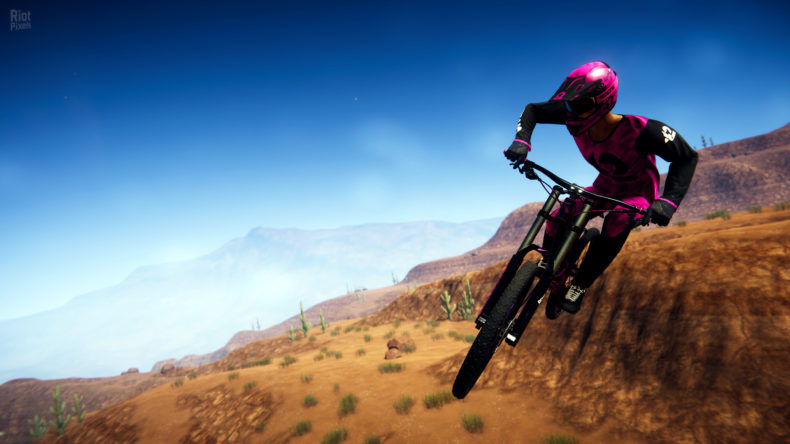 Downhill bikers rejoice, as Descenders is coming to PS4 August 25th and Switch later this year. It launched originally on Xbox GamePass last May, but for anyone without an Xbox or PC, this is your chance to bike your way to the bottom.

“Can you reach the ranks of the legendary Descenders? Sold Out and No More Robots are thrilled to announce that extreme downhill biking game Descenders is riding onto the PlayStation®4 computer entertainment system physically and digitally on August 25th. The game will also be available physically and digitally on Nintendo Switch™ later this year.

Players who pre-order Descenders on PS4 and Nintendo Switch will receive a day-one unlock for a set of rare, glow-in-the-dark customisation items for their outfit, helmet and bike: the ‘Legacy Lux Set’ on PS4, and the ‘Descent Lux Set’ on Nintendo Switch. These items can also be unlocked in the game by player progression.”

For anyone who has already enjoyed Descenders, it’s nice to have the option of a physical copy of a game you love. Safety and speed to you all, this August.