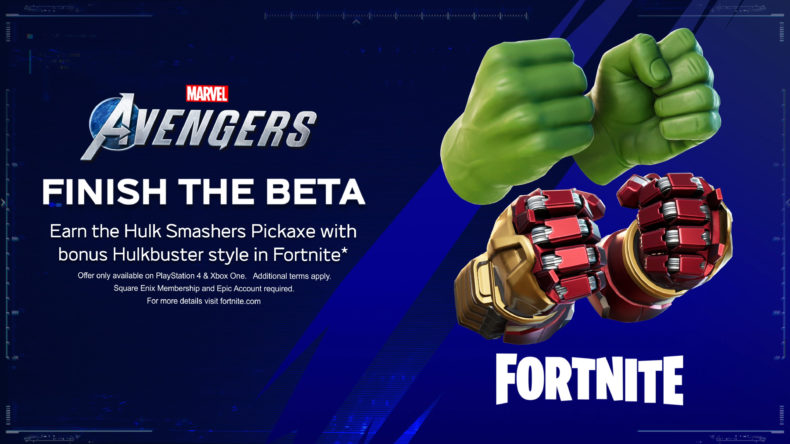 Square Enix has released the second Marvel’s Avengers WAR TABLE digital stream. It details an in depth look at the game’s upcoming beta programme that will start on 7 August.

There’s expected to be a wide array of content available in the beta including several single-player missions, as well as a large selection of additional missions that can be players solo or with your AI Avengers team or co-op with up to four other players.

“We really want to give fans an in-depth look at what they can expect when they get their hands on the beta starting on August 7th,” said Scot Amos, Co-Head of Crystal Dynamics. “I couldn’t be more proud of the work the team has done getting Marvel’s Avengers ready for players, and can’t wait to see their reactions.”

For those players on PlayStation 4 and Xbox One who link their Square Enix and Epic Games accounts and complete the beta’s three HARM-room challenges they will earn the Hulk Smashers Pickaxe with bonus Hulkbuster style Epic Games’ Fortnite.

You can watch the second stream below:

If you missed the first stream aired on 24 June, you can catch up here.

The Marvel’s Avengers beta will provide players with a hands-on experience of the game ahead of the worldwide launch on 4 September, 2020.

Likes to shoot stuff and wear pretty shoes. Is a BEAST at Titanfall.
MORE LIKE THIS
crystal dynamicsMarvel's Avengerssquare enix