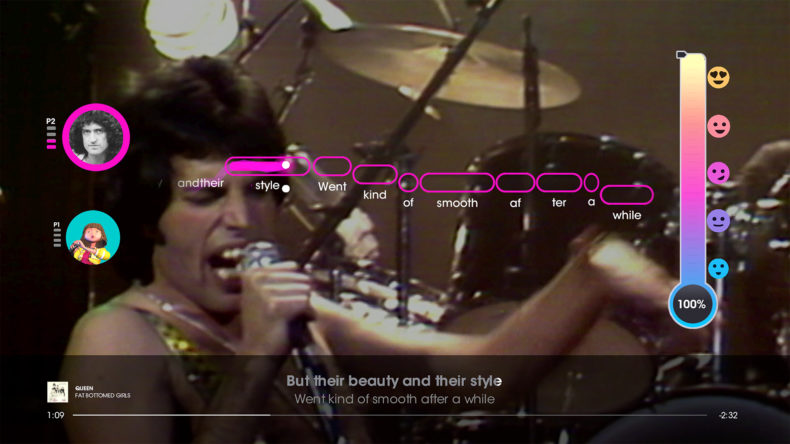 The Let’s Sing series is getting a special entry into the successful series.

Ravenscourt and Voxler have today announced that Let’s Sing presents Queen will be launching on PlayStation 4, Xbox One and Nintendo Switch.

The Let’s Sing series has you singing alone or with friends competing in different game modes. Let’s Sing presents Queen will follow in the footsteps of Queen, with the legendary lead singer Freddie Mercury. The music will take players through the different decades. You will be asked to master Bohemian Rhapsody, challenge your friends to Bicycle Race, or rock out to hits like We will Rock You, Another One Bites the Dust, I Want to Break Free and We are the Champions. The tracklist features thirty of Queen’s greatest hits.

Let’s Sing presents Queen will feature a track list of 30 of Queen’s Greatest Hits along with original music videos. You can play in solo or with up to eight players. Xbox Owners can utilise smartphones, headsets or USB mics, whereas PlayStation has the option of using SingStar Mics.

Likes to shoot stuff and wear pretty shoes. Is a BEAST at Titanfall.
MORE LIKE THIS
lets singRavenscourtSingstarvoxler