previous
The Mafia: Definitive Edition’s gameplay has been revealed
random
next
Descenders is coming to PS4 August 25th and Switch later this year
0 comments

Yakuza: Like a Dragon Confirmed For PlayStation 5, New Trailer Released

SEGA’s balls-to-the-wall RPG, Yakuza: Like a Dragon, has a new trailer. If you want to see a bunch of middle-aged “heroes” battle construction vehicles or summon a tempest of pigeons, then this game is for you.

Check out the “Heroes of Tomorrow” trailer:

In a flurry of announcements, the English voice cast has been revealed, including the wonderful George Takei. Takei plays Masumi Arakawa, a “powerful patriarch whose dissolution of the Tojo Clan’s yakuza empire sets into motion the conflict at the heart of this complex, winding narrative.”

There will also be a Day One version of the game, renamed the “Day Ichi Edition” (“Ichi” means “one” in Japanese). 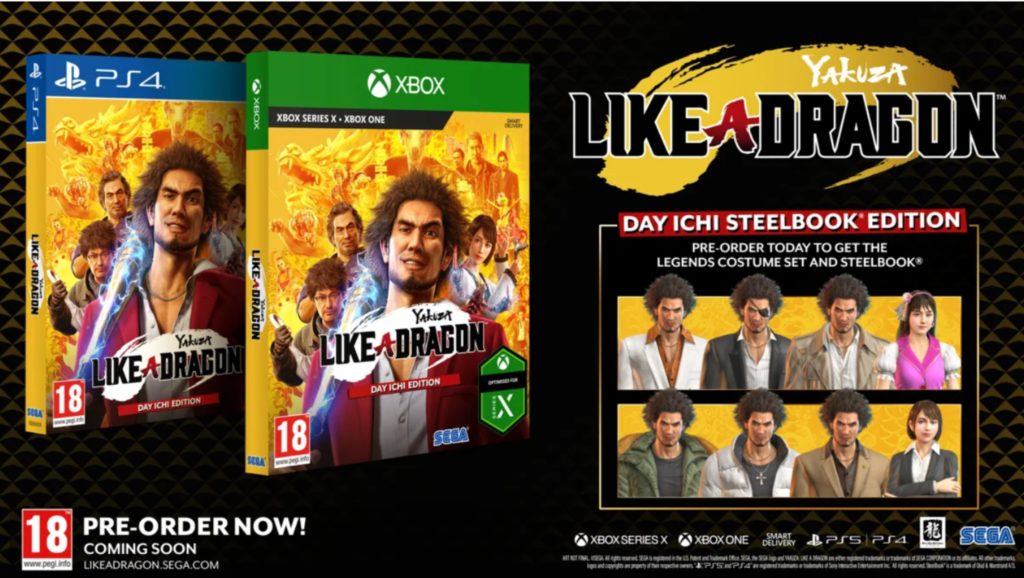 The Hero Edition (for $69.99, available in digital format) includes all features from the Day IchiEdition, as well as the Job Set, which adds two new playable jobs – the guitar-shredding Devil Rocker and the naginata-wielding Matriarch, and the Management Mode Set, which contains a wide selection of additional employees for the expansive Management Mode minigame.