previous
IDLES: Lock-in Sessions at Abbey Road review
random
next
NIS America has plenty of upcoming titles to get excited about
0 comments 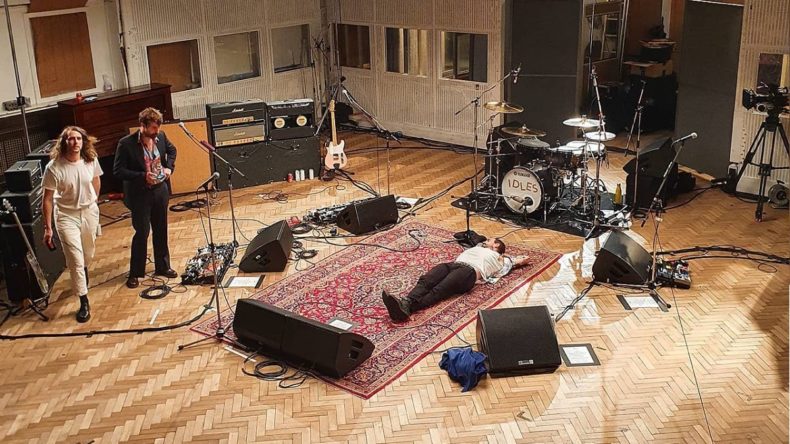 As well as identifying with their positive messages around mental health, inclusivity and eschewing the vile toxic masculinity of the world we live in, IDLES resonate with me in many more ways, whether it be the fact I live in a city with a prominent example of Brutalist architecture in Wyndham Court, their mention of Rothko who baffled and delighted me as a youngster eyeing his stark works at our local art gallery, or my love of the dissonant post-punk noise that forms their oeuvre. But the moment I fell for them hook, line and sinker was hearing their opening number from the second Abbey Road set, Colossus.  Not only does the slow-building cacophony make me want to punch the air, they couple a lyrical mantra that rips apart the rulebook of masculinity, and then explode into a punk rager that mentions my other most important cultural touchstone – professional wrestling. Anyone who knows who Ted DiBiase is, is OK in my book. The fact that Joe fucks up during the transition here just makes the Abbey Road session version of the tune even more endearing. Ted fucking DiBiase.

As I reach increasing levels of euphoria, the stomping Grounds brings itself into view with a malevolent swagger, Talbot gyrating, asking “Do you hear that thunder? It’s the sound of strength in numbers”. I may not be there, but I am part of this call to arms. He has me in the palm of his hand. I feel it. UNIFY. It’s over before I have had time to process it.

How to follow one of the best singles of 2020? IDLES answer that with one of the most effective tools in their arsenal. Having heard it live, and rocked out to it on more times than I care to remember, Mother is urgently blasted out here, its message as powerful as ever. Love Song is next. Lee Kiernan is in whirling dervish mode, taking the chance to scream into the mic, the band spinning into a crazy jam dropping lines from Frozen, Pink Floyd, The Cranberries, and in a studio synonymous with the Beatles, a bit of All You Need Is Love.

The band seem much more relaxed at this point. Its past midnight and they are into Rachel Khoo, Talbot thanking the fervent AF Gang, the vibrant and inclusive fan group that so important to the overall IDLES package, as he kicks it off. Speaking of fans, the band then crash and burn into a scuzzy, raucous, completely unexpected take on The Strokes’ Reptilia punctuated by crazy stabs of feedback and bass noise. They stretch this bonkers cover out, and it ends up more in keeping with Sonic Youth. Joe telling us that they wouldn’t be in existence without the influence of Julian Casablancas’ crew seems a bit tongue in cheek, but hey, their first two records were dope. 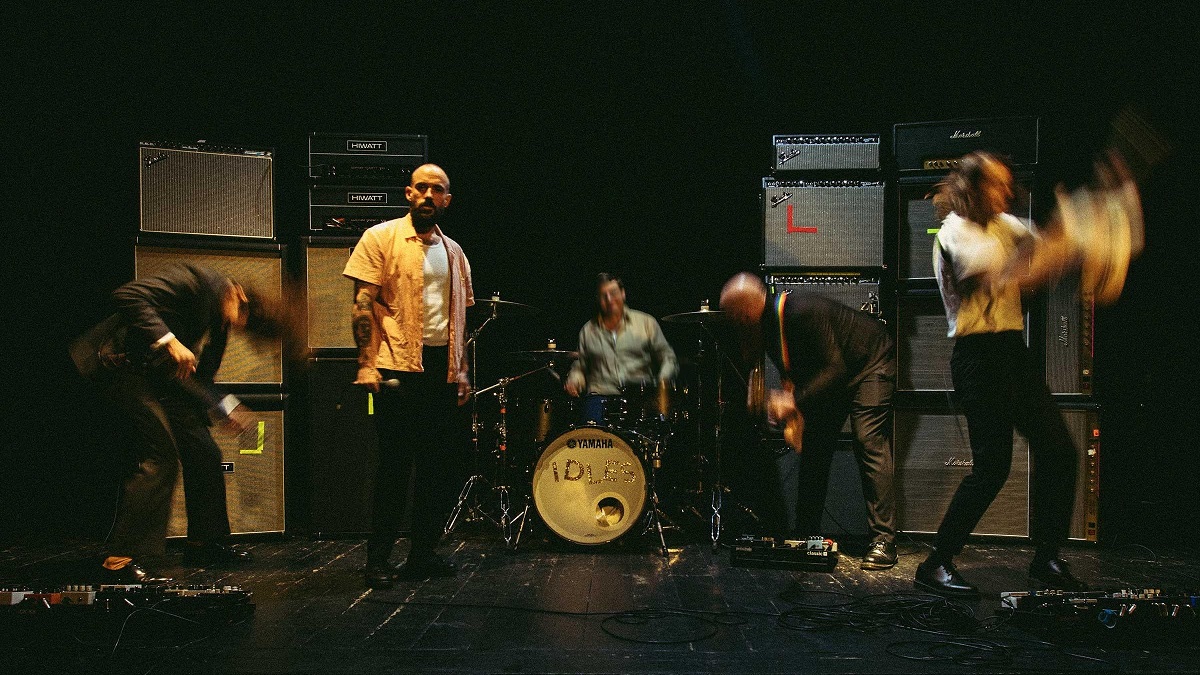 Reminding us that they have been amazing since day dot, White Privilege from Brutalism is ferocious and never more relevant, but it’s the subsequent Queens that stands out, a fantastic early punker that sounds as fresh and vital as anything since, the band clearly enjoying blasting through it as Joe stalks around the studio singing in the face of his cohorts.

Going back to wrestling, as I am often wont to do, Danny Nedelko is next and as much as I love the song and its message, the singalong aspect is missing without a live crowd, much the way as pro wrasslin has been slightly flat at times since audiences have been absent. It’s still incredible, and you know that the band know it’s a banger, but give me 2000 fans singing along to it any day, that’s not to say I wouldn’t be screaming along myself were it not so late, and I didn’t want my knackered wife to turn my balls into earrings.

Old gives way to new with the exceptional Model Village, which is not only delivered with incendiary fervour, but also serves to describe in minute detail the town that most of us grew up in. I am convinced it is about the town our prestigious editor lives (poor sod), and spent his formative years. But as Talbot helpfully points out, the model village in question is England. Course it is.

Signing off a superb set is the angry, brilliant, confrontational Well Done. They make loads of noise, wipe the sweat off the brows, and finish as abruptly and brutally as they began, an aural Stone Cold Stunner to the hearts and minds of us lucky enough to see Britain’s most important band make their first post-lockdown steps into normality. Roll on part three tomorrow.

The king. If you know, you know.
MORE LIKE THIS
Abbey RoadIDLES