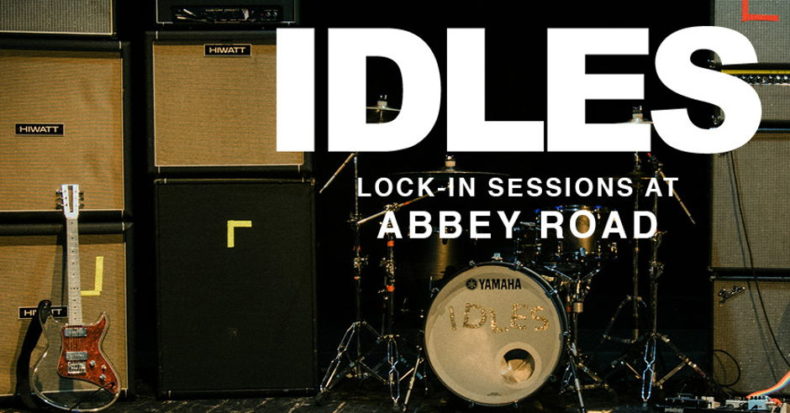 I can’t complain too much about how Lockdown has treated me, I am still in a job, I haven’t been impacted in a way that has changed me much more than many more unfortunate souls. But one thing that did piss me off immensely was the missed opportunity to see Britain’s most incendiary and vital band in a long since cancelled intimate Southampton show. Since the world changed so irrevocably earlier this year, IDLES have done nothing to stop my heart grow increasingly more fond in their live absence, with a series of killer tunes and videos. And in anticipation of their tour in 2021 and the forthcoming release of album number three Ultra Mono, I am privileged to be able to eye them in socially distanced live action across three pre-determined Bank Holiday sets from London’s legendary Abbey Road studio.

In a bare-bones setting, a simple Persian rug on the floor the only décor, Joe Talbot and his gnats-chuff tight troops are here to play a selection of much-loved classics, covers and new material. “Semi-pro for life” notes the frontman, as they fuck up the start of Stendhal Syndrome. But by this point, they have already given us brutal renditions of Heel/Heal and Never Fight A Man With A Perm, namechecked Roy Keane, and we are ready to forgive these endearing gremlins. By the time a new tune surfaces, it is the lurching, McClusky (ask your dad) –esque Kill Them With Kindness, that would not feel out of place on the 1990s post-hardcore label Touch & Go.

We were promised covers over the three sets, and the first one up is a slo-mo, feedback-drenched stab at bubblegum blitzkrieg punkers The Ramones I Wanna Be Sedated. Talbot, looking more like a beautiful, hipster barista version of Danny Ings by the day, moans and croons his way through it in a tribute to the seminal classic, as much as he derides his performance as Devonshire’s bass brings it to an end. 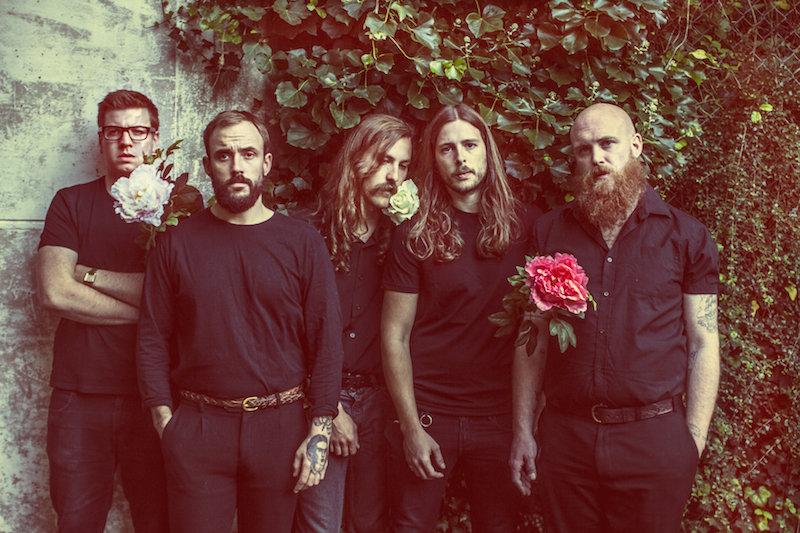 Back in more familiar territory is an urgent Mr. Motivator, a live first and surely one that in coming months will have legions of fans screaming the name of a certain undefeated Welsh pugilist, and a spectacular version of one of their most poignant numbers, 1049 Gotho, which hurtles past like the ominous asteroid that names the song and represents the crippling spectre of depression and anxiety. It fucking rocks, but it’s the words that hit hardest, and the first time tonight I stopped to think about the importance of IDLES message and what they mean to me and represent. They are very important.

That is reinforced with the first pumping “Love yourself” mantra of Joy standout Television that is the penultimate number of their first Abbey Road set. Jon Beavis is absolutely sensational as it draws to a close, his propulsive and maniacal beats reminding us of how important he is to what they do, a nondescript looking but indispensable part of the machine.

Talbot thanks us for our patience, tells us that all, is indeed love, before signing off part one with perennial set closer Rottweiler. Their first post-Covid act ends in a triumphant wall of noise, Joe steps in on percussion duties, guitars are smashed to smithereens, and the glorious chaos ends in a mass of flailing limbs and white-hot screeds of feedback. More please.

The king. If you know, you know.
MORE LIKE THIS
Abbey RoadIDLES