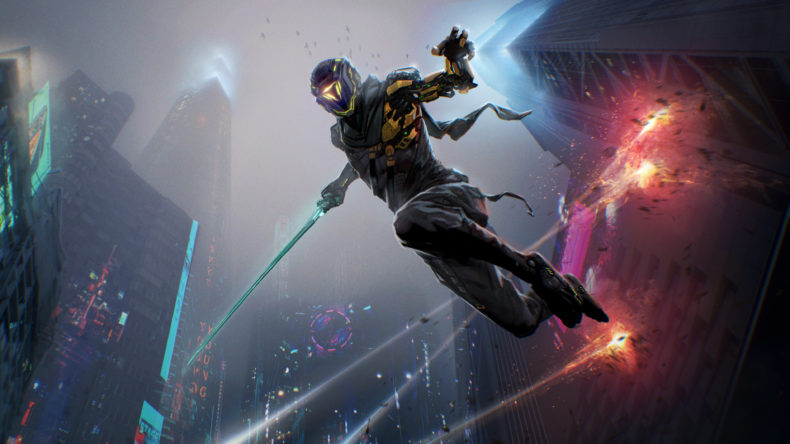 We’ve been playing a lot of Ghostrunner this week, and we’ve discovered two things: one, it’s hard; and two, we suck at it. But we did manage to finish it, and so we’ve put together a collection of Ghostrunner Beginner’s Tips to help you find your feet in Slipgate‘s superfast first-person platformer. Read on, but beware of mild spoilers.

The most important ability you’ll acquire in Ghostrunner comes early. Sensory boost allows you to hold Shift, or the left bumper on a pad, to slow time and boost you a short distance in whichever direction you’re facing. It has multiple uses, and learning to use it properly is essential.

For a start, it can be used to reposition if you’re going to miss a jump, or for slowing time to aim the few projectiles you come across or the Gapjammer (that’s your grappling hook). Perhaps most importantly, you can also use it to dodge bullets and drift behind shielded enemies or close the last few feet in a platforming chain. Interestingly, it can be used to leap off a wall and boost back to it, for those areas where walls are electrified or trapped. 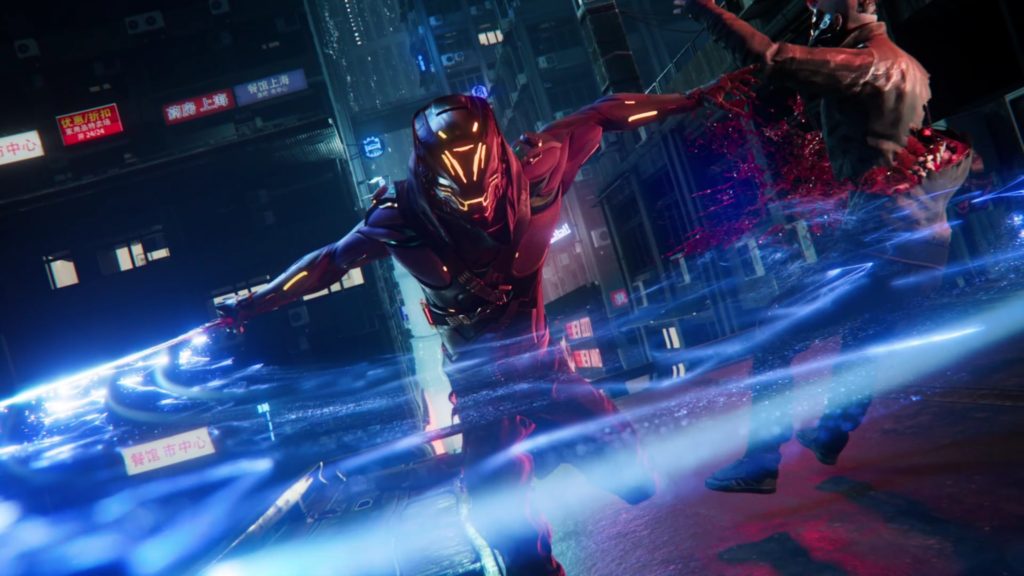 The upgrade system in Ghostrunner is pretty versatile, offering various ways to modify and buff all aspects of GR-74’s repertoire. You can add an extra Dash, for example, or extend the effectiveness of certain abilities. Enemies can be highlighted through walls, bullets can be deflected and you can accelerate your Focus build-up.

But you won’t need every skill or upgrade in every situation, and the interface only has limited slots in which to place your nodes. If you’re struggling with a particular segment or enemy, open the upgrade tree and remix your abilities to suit.

Ghostrunner isn’t big on alternate routes, but there’s often more than one way to approach a group of enemies or a tricky platforming segment. Quite often you’ll find multiple access points into a room of enemies that will allow for a slightly different outcome, or you may stumble on a collectible.

Audiologs, lore items, and sword skins are hidden throughout most missions and, while they’re not essential, the completionist will get a kick from finding them all. 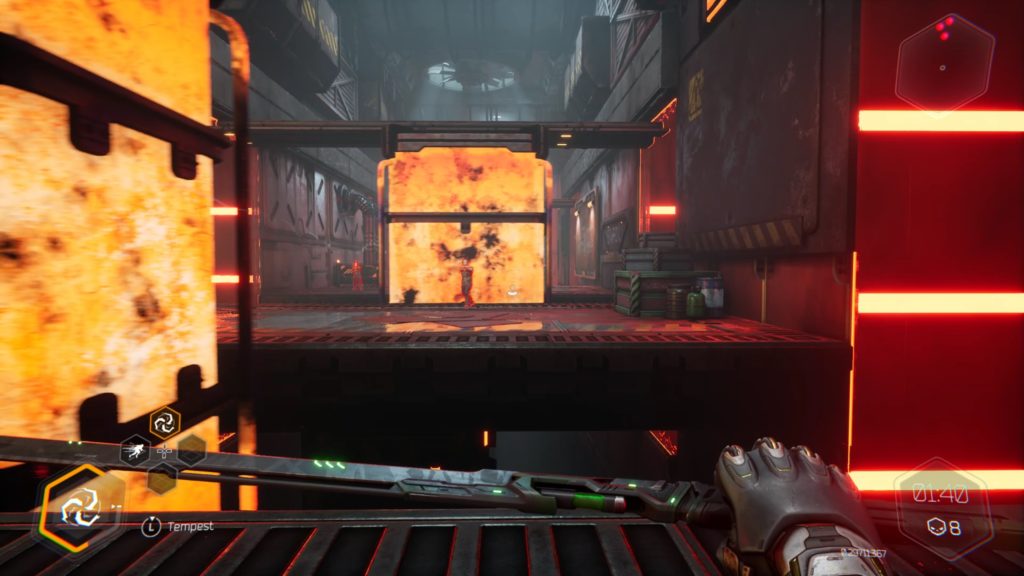 One of the most crucial upgrades you can find is one that allows you to extend the duration of Cybervoid Uplinks. The cold-light shurikens and time dilation Uplinks will last much longer with this skill equipped, which can make navigating certain areas much easier. Some of the toughest moments in the game require you to hit precise targets with the shurikens while moving at considerable speed, and this upgrade can make all the difference.

This might seem the most obvious of our Ghostrunner tips, but the trick is to not stand still during combat sections or slow down during platforming runs. Quite often the game expects you to hit every obstacle at speed, and momentum will carry you through most areas. The more you move, the faster you move, and using hook points and wall-runs can confuse the enemy just enough to get the drop on them.

Every enemy is fast and every enemy can kill you in a single hit and, this is important, you won’t always know where they are as you enter an area. Move around a bit to spot them all, and keep on running – pausing even for a second is long enough to catch a bullet. 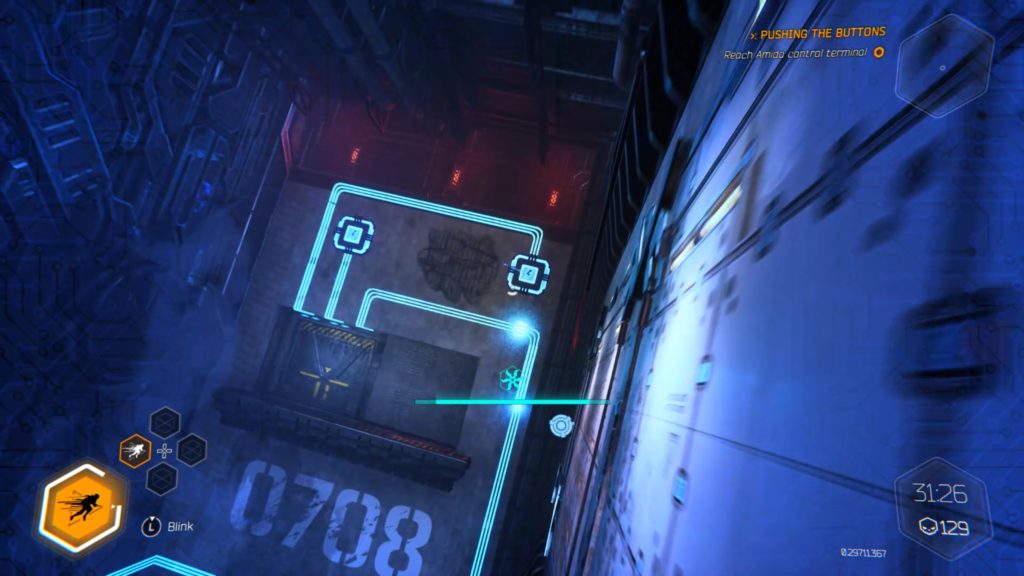 There’s little actual punishment for death. The punishment comes more in the form of frustration at your repeated failures, as death simply instantly respawns you at the last checkpoint.

Use this in your initial runs when you’re not trying to nail a leaderboard high score. Scout areas, learn where you can pause for a breath, or which skill to prime or upgrades to slot. Ghostrunner is hard, but it’s no roguelike, and perseverance and pattern recognition will eventually see you through.

Use your skills wisely

The four skills you unlock throughout Ghostrunner have hefty cooldowns, but only because they are so powerful. You’ll need to build your Focus meter, which can take time even with certain upgrades installed. Blink can destroy multiple enemies at once and pass safely through projectiles. Tempest can force-push enemies or deflect bullets. Surge gives you a devastating ranged attack and can be upgraded so you can use it three times in quick succession, and Overlord turns any enemy to your side for a few seconds.

These skills aren’t the focus and it’s surprisingly easy to forget you have them, but experiment with them if you’re struggling and you might find a better tactic. Managing your skills in Ghostrunner tips the scales slightly in your favor, so don’t forget. Also, remember you retain them all when you replay earlier missions, almost like a miniature New Game +.

Senior Content Editor Mick has been playing games for over 30 years and writing about them for around 12. After drifting from site to site for a while, settling briefly at the now-defunct Made2Game and freelancing for the gone-but-not-forgotten NintendoGamer Magazine, he came at last to rest at Godisageek. Mick has been a reviewer, staff writer and content editor here for some time, while also moonlighting a little for Red Bull Games. He has 4 kids, has written 2 novels, and sometimes even manages to pay a bill or two. You'll usually find him defending the galaxy in Destiny 2, battling evil in Diablo 3, or lurking in the background on Twitter. Find him there @Jedi_Beats_Tank, or on XBL (JediWaster247), PSN (Jedi_Waster) or Nintendo (JediWaster).
MORE LIKE THIS
505 gamesGhostrunnerSlipgate Ironworks