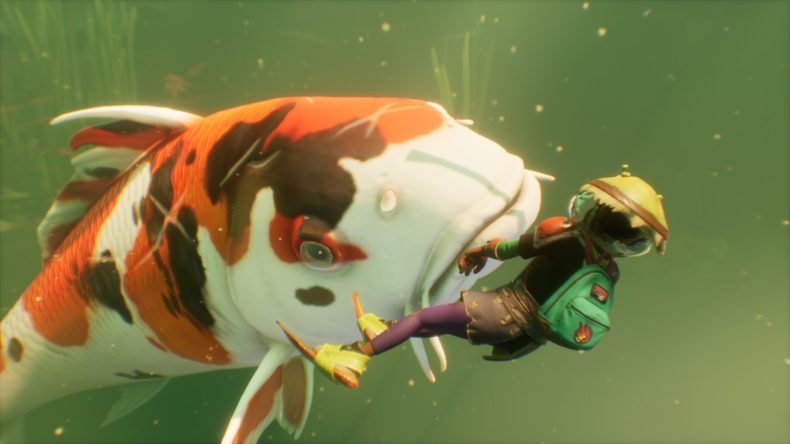 Obsidian Entertainment has released the biggest update for Grounded to date, allowing players to dive deep into the underwater world of the Koi Pond. As announced via Xbox Wire, players will be able to meet a host of new creatures as they explore the murky pond, such as the Diving Bell Spiders and the stars of the show, the Koi. Players will also be able to craft new items, including the Slime Lantern, Bone Trident, and Gill Tube Rebreather.

To celebrate Grounded’s five million player community, Xbox Game Studios’ Marcus Morgan, Senior Artist Mitch Loidolt, and Art Director Kaz Aruga had a chat about some behind-the-scenes information about the making and design of BURG.L., the robot featured in the game.

Video games are cool. Don't let anybody tell you any different.
MORE LIKE THIS
Groundedobsidian entertainment