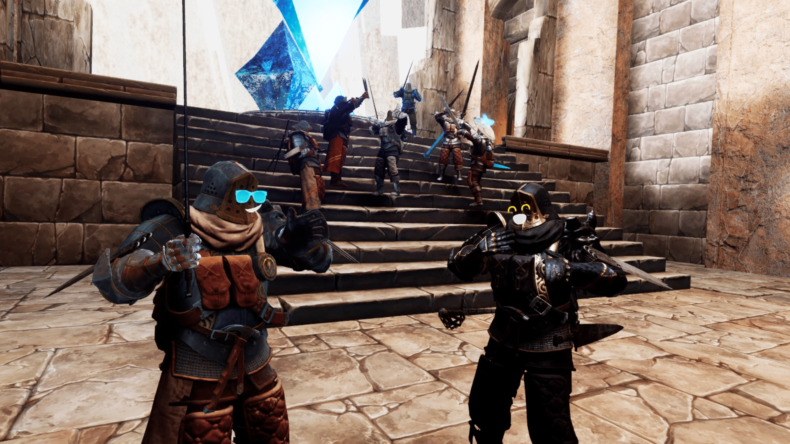 If swinging swords around in a virtual and hostile world sounds like your idea of a good time, then prepare to strike when SWORDS of GARGANTUA comes to PS VR next month.

Featuring both single-player mode and online co-op with up to 3 other players, SWORDS of GARGANTUA features realistic swordplay in an immersive VR-enabled online environment. Players must level up their weapons and abilities to fight against a horde of enemies, and ultimately face their master, the towering titan named GARGANTUA. A wide variety of weapons are available, allowing you to pursue your own virtual reality action (one and two-handed swords, axes, maces, boomerangs, shields, etc.). While playing, you can use voice chat to communicate with your fellow warriors while taking on the enemies in Tesseract Abyss.”

This is definitely the kind of game that gets me interested in VR. Roguelite sword fighting with online co-op would be a day one purchase if I wasn’t such a queezy mess. For those of a more stable composition, it might be worth a purchase next month.

One Piece World Seeker adds the Germa 66 to its roster

Summer Lesson: Allison Snow and Chisato Shinjo will get an English relase in Asia this year for PS VR