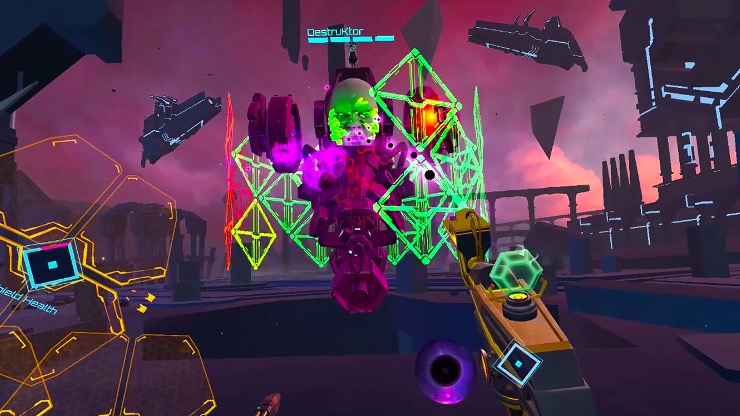 Secret Location and Archiact are bringing Blasters of the Universe to PS VR.

Originally released on Vive and Oculus Rift, the arcade shooter will make its way to PS VR on February 27. Josh Manricks, Technical Director and Project Lead at Secret Location commented:

“We made Blasters of the Universe with Archiact to inject the pure intensity of classic bullet hell games with modern VR’s innate ability to immerse and impress gamers. This game also really takes advantage of VR’s accessibility, making the infamous bullet hell genre a cinch to pick-up-and-play while still honoring its challenging roots. I just have one piece of advice for those new to our game: careful not to eye-roll yourself to death – Grand Master Alwyn is seriously ridiculous!”

Blasters of the Universe will require 2 Move controllers and will have an accessible difficulty option as well.

Blasters of the Universe releases on February 27 for PS VR.