previous
Post-Apocalyptic Romp, The Last Kids On Earth And The Staff Of Doom is coming in 2021
random
next
FIFA 21 gameplay on PS5 and Xbox Series X|S revealed
0 comments 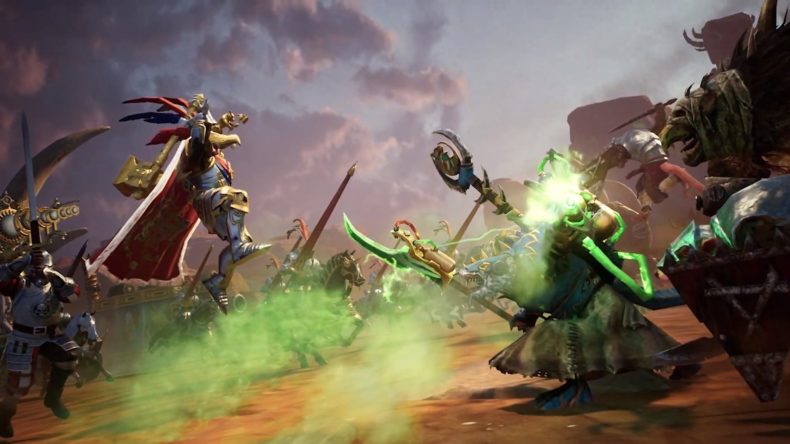 RTS is a genre usually argued to be best on PC – Total War Battles have spent years trying to change that. In the latest for the franchise, Warhammer is making its way there, crushing and killing everything in its way.

Officially licensed by Creative Assembly and Games Workshop, Total War Battles: Warhammer promises to bring that formula fans love. With this announcement came a nice gameplay trailer. Its always great to see gameplay first. The trailer shows basic combat, as well as some form of resources management and a world to explore. It promises immersive combat and the trailer makes a good case to argue it will deliver. This is followed up immediately with some gruesome designs

What does seem rather interesting Warhammer’s focus on legendary heroes. Taking inspiration from orcs, elves, the races of man and much more, it appears to offer a rather diverse cast. The battles look rather huge with hundreds on screen at once. It contrasts these huge battles with the personal – taking an intentional glance at singular fights.

There’s not much more to be found here but the site offers some insight: It will be supported on iOS and Android. It is classified as a “tactical war-simulation”. Finally, while it doesn’t have a release date, it will launch a closed beta soon and you can keep up to date on all updates over on their Discord.

We reviewed their previous attempt, Total War Battles: Kingdom, a few years ago and saw potential in it that it hadn’t quite reached yet. It had a great engine and some very well thought out ideas but the difficulty curve felt too pointed in making you buy microtransactions to fully recommend. One can only hope Warhammer learns from this to make a better experience

That being said, it does look good. Hopefully, it’s as good as it looks!