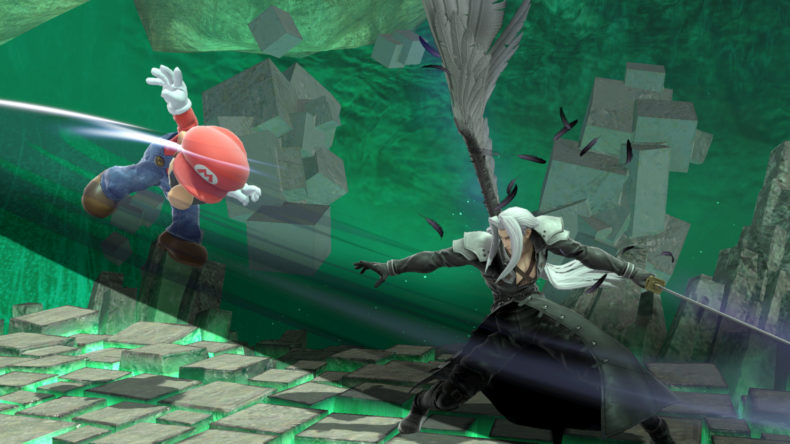 At the game awards we were told that the Final Fantasy 7 baddie himself was coming to Smash, but ahead of the official December 23rd release Sephiroth can now be unlocked in Super Smash Bros Ultimate.

Mii Fighter costumes: On 23rd December, costumes for the in-game Mii Fighters inspired by the FINAL FANTASY series are being released, including outfits based on classic characters Aerith, Tifa and Barret, as well as a Chocobo hat and an outfit inspired by Geno from Super Mario RPG: Legend of the Seven Stars”

The idea that Cloud and Sephiroth are both in Smash is still hard to believe, but I’m so glad to see them both there. Super Smash Bros Ultimate continues to get new characters, and become one of the greatest fighting game packages in history.

OnLive Coming To The UK This Autumn & E3 Announcements Galore