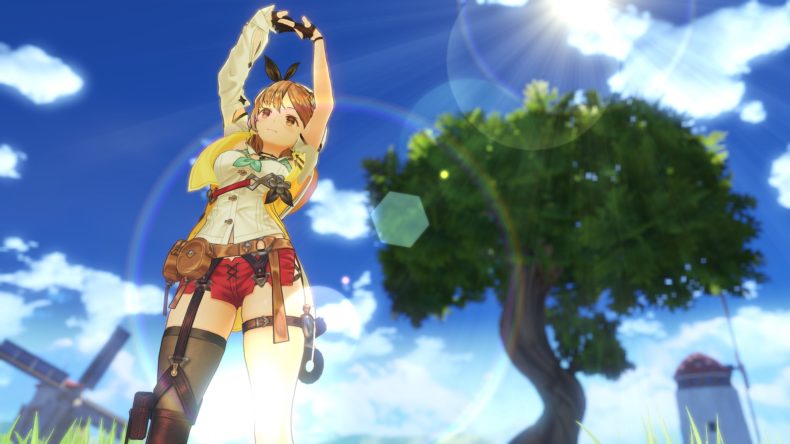 Altelier Ryza 2: Lost Legends and the Secret Fairy isn’t out until the end of January 2021, but we were lucky enough to preview some of it. Whilst it still has the magic of what made the first one special, the alchemy sections are more robust, the environments are more interactive, and the characters that accompany Ryza are engaging and loveable. To get more insight into Gust‘s follow-up to Ever Darkness and the Secret Hideout, we had the pleasure of interviewing Junzo Hosoi, producer on Atelier Ryza 2. He talked about the story, how alchemy has improved, streamlining the active time battle system, and more.

Three years have passed since Ryza’s adventure in the first game, how does this affect the story in the sequel?

The biggest way this affects the story in the sequel is the way that Ryza has changed, as well as where she is in her life now. When we last met Ryza, she was a student living with her family on Kurken Island. Now she is out in the world and living in her own place. She has become an adult now. Ryza’s reunion with her friends is also the backbone of the story; they have all been separated emotionally and physical for three years. How their relationships have changed over the years is really important to the story.

The original Ryza really focused on the friendship and relationships between the characters. Does the sequel continue this, or is the focus more on a grander story?

There will still be a focus on the relationships between the characters, that will still be there, but the bigger over-arching theme here is Ryza becoming an adult, as well as her having parental feelings of wanting to protect Fi – and being willing to look out for them and do things to better their life. Her first adventure saw her doing what she wanted for herself, whilst in Atelier Ryza 2 she grows to be more selfless.

As the second title in the Ryza series, is there anything included in the game to help new players catch up with the story so far?

We are preparing a special video that will re-cap the story for new players, and we want everyone to look forward to it! The game itself doesn’t include a feature where you can recap the story, but as you play through the game you will learn about important story beats from the first title at different intervals. The team are making sure that new players can enjoy this game without needing to have experienced the first story.

Fi looks like an adorable new addition to the cast, do they play an important role in Ryza’s second adventure?

As Fi is included in the title – ‘the Secret Fairy’ – they will indeed be an important character! Look forward to seeing their role in the story when the game comes launches in January 2021.

The active time battle style of combat in the first game made fighting enemies much more fast paced than previous Atelier titles. Have there been any significant changes to the combat in Ryza 2?

We have continued to build upon the active battle system introduced in Atelier Ryza: Ever Darkness & the Secret Hideout! We received feedback from players mentioning the system itself was a little too busy for their liking, so we have now streamlined the system allowing you to use a single button to access many commands. There were also previously many different gauges and things to keep track of, so we have adjusted this to ensure it is easier to keep track of. We have also made sure that the flow of combat feels intuitive and more natural to players, making battles feel more dynamic.

There looks to be a lot of large open areas to explore. Was it important to make this entry in the series more open?

The field element is important for the overall gameplay loop! The field itself though hasn’t really gotten “bigger” in the new title, but instead there is more depth to it. You can climb up, over, swim down into deeper depths, etc. While the size hasn’t changed much, you can now explore more of the space that is given to you as a player. I feel this is very important for this game loop, as exploration and gathering items for synthesis is fun when there is more to discover.

One of the most satisfying systems in Ryza was the Alchemy, has anything been added to the Alchemy system for the sequel?

We have added in some new features to the synthesis system this time round, including “Evolve Link” and “Essence”. Using “Evolve Link”, you will be able to dive deeper into the system, allowing you to create additional types of items. The use of “Essence” gives you different options for more arrangements. Both of these features will offer a wider range of customizability for those comfortable with the system, but also be easy to get to grips with for newcomers.

2020 has been a difficult year for game development. What challenges has Covid 19 brought to the creation of Atelier Ryza 2?

2020 has definitely been a very different year! As a company, KOEI TECMO Games were able to quickly, and efficiently, adapt to working remotely which allowed us to release Atelier Ryza 2 in a timely manner. Of course, the GUST team and the titles we are working on were influenced by the pandemic. We had originally hoped to release Atelier Ryza 2 earlier, but we needed to push back the title a bit to allow some extra development time due to the effects of COVID-19.

MORE LIKE THIS
atelier ryza 2: lost legends and the secret fairyGustInterviewKoei Tecmo