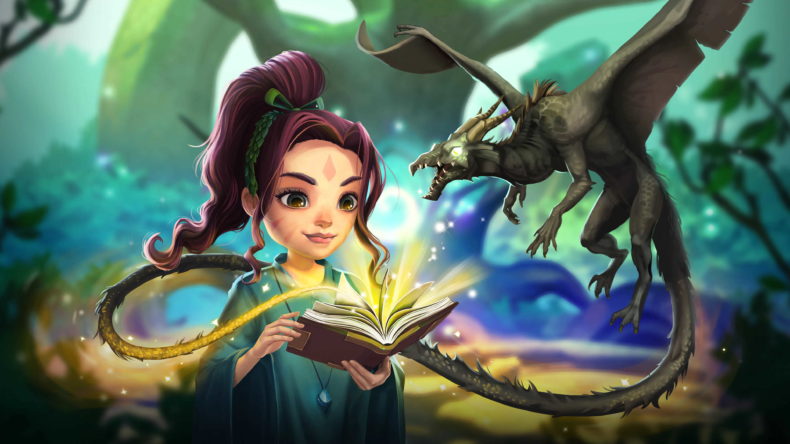 Lost Words: Beyond the Page has blown my socks off. Have you ever taken a chance on a game because of a recommendation? Given you’re reading a site where we tell you what we think of games and you base purchase decisions on them, I’m willing to guess the answer is “yes”. Well, running this site gives me precious little time to do something I used to do a lot of, try out games I haven’t heard of, or ones that hadn’t gotten a load of buzz: most games are known quantities these days, even the big ones you are dying to play like a Resident Evil Village, for example, is a game that’ll surely have some story surprises, but gameplay wise, you roughly know what to expect.

But Lost Words: Beyond the Page… err… is something that left me borderline speechless. Watch the video below and you’ll see that in action. It started off slowly, as the game slowly reveals itself, then it shocked me with more mechanics and suddenly changed from what I imagined to be a few hours of a walking simulator with a twist, to… something else. The video ends abruptly because, well, I didn’t want to show any more of it. It’s out now on PC (where I played it), Switch, PS4, Xbox One, and even Google Stadia. Oh and just in case you needed more, it’s written by Rhianna Pratchett. I didn’t know before playing it, and now I want to play more of it even more desperately.

Subscribe to our channel so you don’t miss another video. But for now: get watching, see why I’m blown away, then buy it!

Editor-in-Chief here at GodisaGeek, I organise almost every bit of content as well as running our weekly Podcast, and being the lead producer on our YouTube Channel. That means I'm very busy and sometimes grumpy. Yay!
MORE LIKE THIS
let's playLost Words: Beyond the PageRhianna Pratchett

Watch us play Lumines Remastered in a new musical video