previous
The first hour of Mass Effect Legendary Edition | Gameplay video
random
next
Sports Betting: 5 Tips to Know Who to Bet on
0 comments 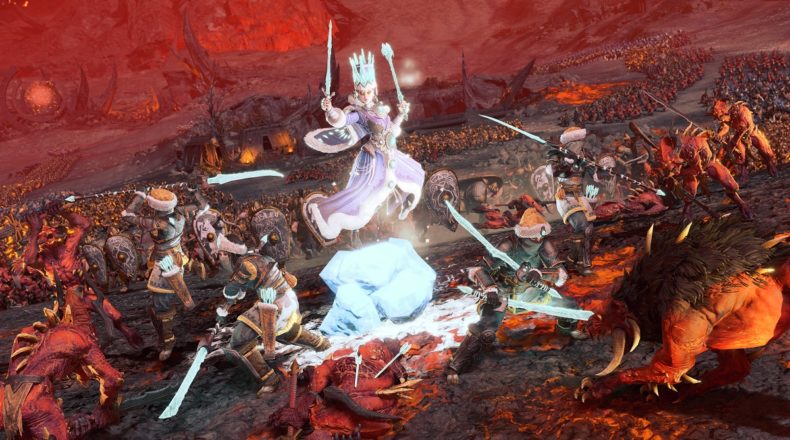 One of the downsides to only getting a PC recently was missing out on some of the biggest strategy game series. Few come much larger than Total War. Being a huge fantasy nerd, I had never played their Warhammer series, until now. At a recent preview event, I settled down with a cup of tea and commanded my forces of Katarin to destroy the daemons of the Realms of Chaos in Total War: Warhammer III. The big new feature coming to the third game in the series is the Survival Battle. I got stuck in to the new mode and unleashed hell (or at least tried) before the Brass Citadel, the Blood God’s stronghold.

The story focuses on the huge conclusion to the trilogy, where your forces head to the Realms of Chaos. These realms are filled with fire, brimstone, and deadly enemies. Four Ruinous Powers rule there, all beset on engulfing the world in daemonic corruption. Two kingdoms stand between these realms: Kislev and Grand Cathay. If you’ve seen trailers, you’ll know just how mad it all looks. I took charge of a huge army from Kislev, led by the Ice Queen known as Katarin, Lord of Kislev. 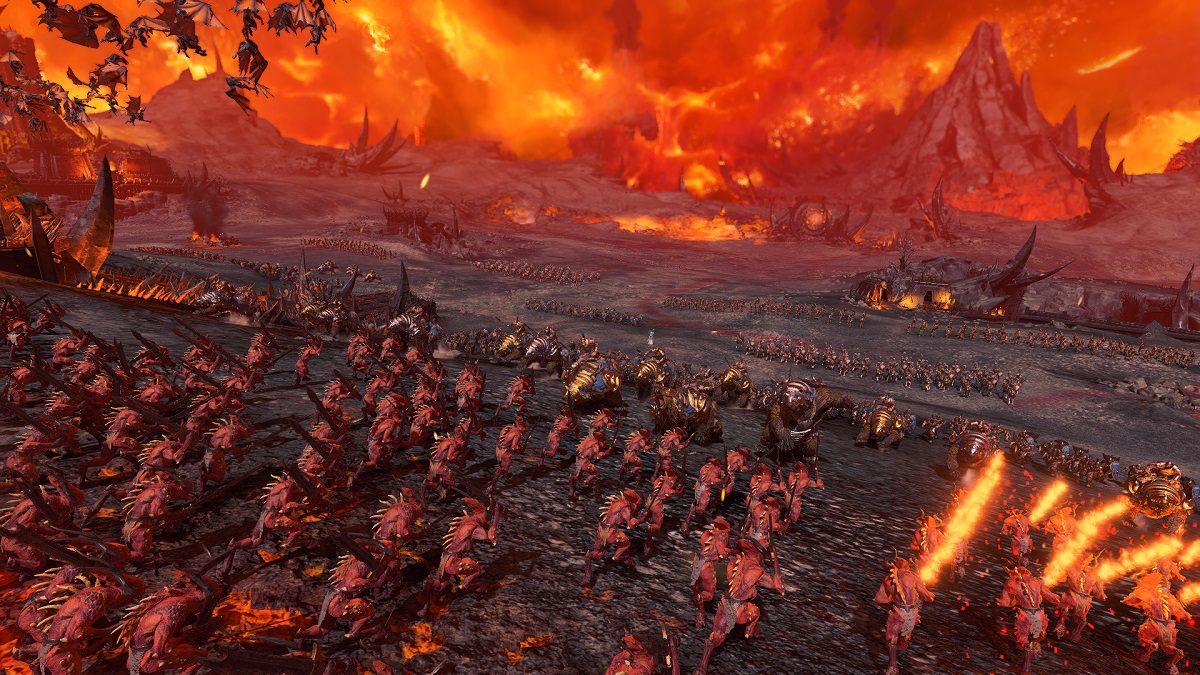 The epic story was made even grander by the visuals on offer. Hell has never looked so good. Each soldier has been detailed, with new troops and units looking sharp, even in the heat of battle. The plains outside the Brass Citadel are filled with lava and crimson grounds, with structures standing majestically in front of you. When battles start to get underway, the chaos that erupts does a fantastic job of dragging you in.

Chaotic battles and plenty of action

When it comes to the battle itself, you fend off waves after wave of daemons as they try to decimate your armies. There are Victory Points that must be captured to advance to the next one. Even after advancing, enemies will still try and attack previous Victory Points, so every pocket of troops is constantly assaulted. If a Victory Point is lost, the buff it provides disappears, meaning you’ll need to retake the Victory Point back. It took me some time to get used to the types of enemies and attack patterns, but once I did, victory became even sweeter.

As you fight, supplies become available to you. These supplies can be spent on regaining particular units’ health or armour. They can also be spent on fortifying areas once a Victory Point is captured to install towers or barricades. These buildings can provide defence from incoming daemons, as well as opportunity to use extra firepower in the form of ballista or missiles. There’s a constant supply of resources. When you unlock a Victory Point, you’ll receive a hefty amount to spend how you see fit.

There’s a constant need to monitor every facet of your army. These supplies can run out, and you may even feel you’ve spent them on the wrong thing. As I approached the third Victory Point, it soon became apparent how important these Supply Points were, and how terrible I was at it. I remember surveying the area and just sinking into my seat. I couldn’t fight of the daemons. They were too powerful, and there was nothing I could do to stop them. As terrifying a realisation as it was, I felt completely immersed in the Survival Battle. When it goes right, it feels amazing. However, with every great high came a miserable low. 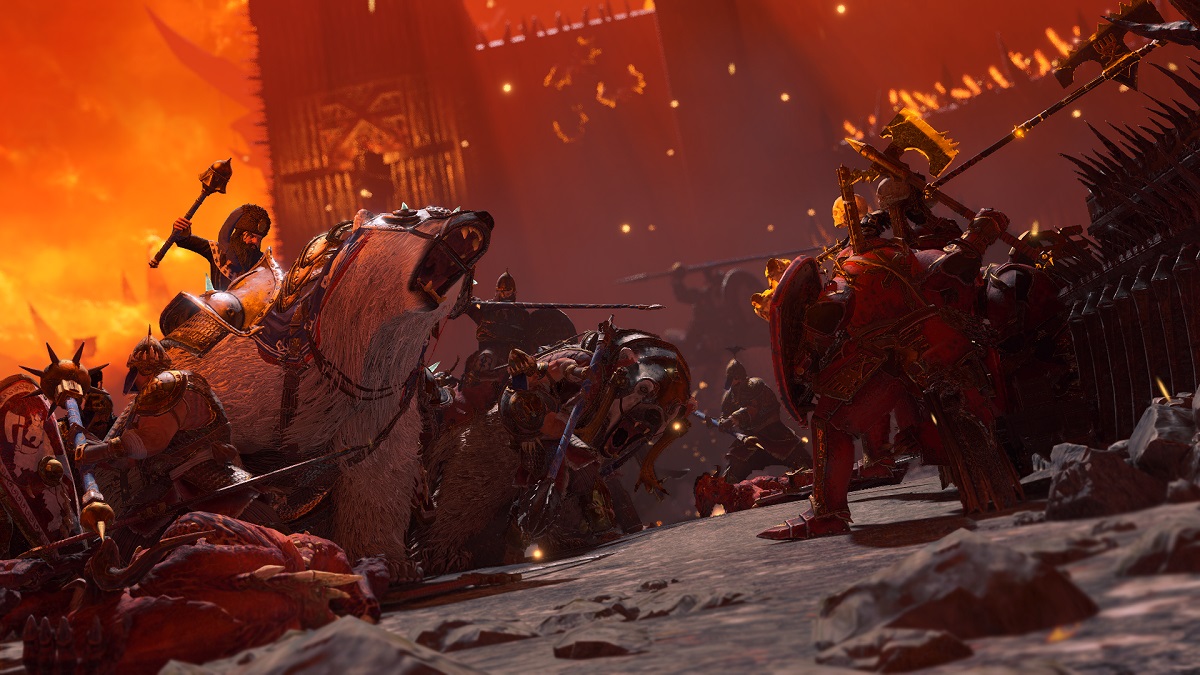 Katarin the Ice Queen is awesome. She leads your army into battle and can use her Winds of Magic to cause devastating damage to the enemy. Supply Points can also be used to replenish magic. Katarin uses loads of cool spells like Death’s Frost to do loads of damage over a period of time, and Crystal Sanctuary which helps improve her unti’s resistance to particular types of damage. When I lost her to the daemons, everything else went downhill from there. I never got to face Khorne’s champion, the Exalted Greater Daemon, however, with enough practice I’ll be back when Total War: Warhammer III releases.

The Survival Battles in Total War: Warhammer III are brutal. However, as stressful as they can be, you feel like a God when you’re reigning down arrows or fighting up close. Hundreds of soldiers are fighting all at once. It can be overwhelming, but I enjoyed every second. Spending Supply Points make a big difference to how you approach every Victory Point, and the range of options to help you succeed are vast. When the full game releases, I’ll be diving back in and teaching that bastard Khorne I am not to be messed with.

Video games are cool. Don't let anybody tell you any different.
MORE LIKE THIS
games workshoptotal war: warhammer IIIWarhammer