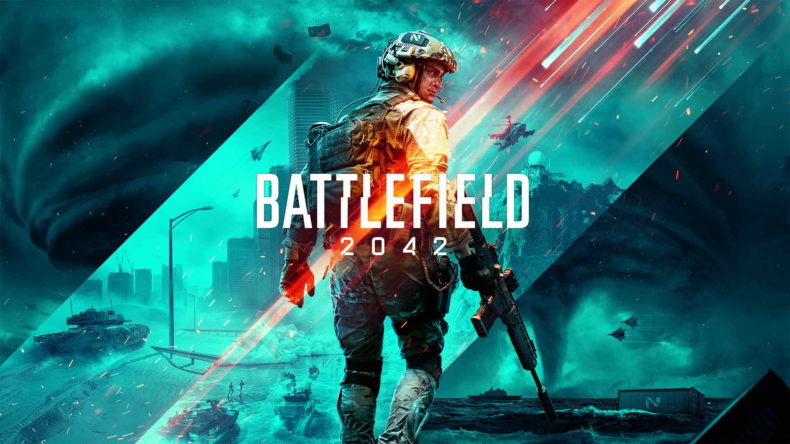 Electronic Arts and DICE have revealed the official partners for the highly-anticipated next installment in the renowned Battlefield franchise, Battlefield 2042.  These include Microsoft, NVIDIA, Logitech, Polaris and Western Digital.

Earlier this month, EA and DICE revealed the game with Battlefield 2042’s official reveal trailer.  Then players got a first look at gameplay a few days later with the official gameplay trailer on June 13.

At reveal, DICE showed off the game’s first, of three, distinct multiplayer experiences, All-Out Warfare. This experience includes the next generation of fan-favorite modes Conquest and Breakthrough, now featuring up to 128 players on next-gen consoles and PC.  Players can also expect the biggest maps ever for the franchise.  Additionally, the maps will be filled with dynamic weather, game-changing environmental hazards and spectacular world events.

In support of Battlefield 2042, EA has partnered with a lineup of leading global brands. These partners include:

EA and Xbox have partnered to make Xbox Series X|S the official consoles of Battlefield 2042.

EA and Logitech will work together to ensure players have Logitech integration for their gear.  This includes Logitech’s LIGHTSYNC technology for peripherals and in-game audio presets with optimized EQ for Logitech headsets.

EA and Polaris have partnered to bring players the opportunity to operate authentic Polaris vehicles in Battlefield 2042, starting with the Polaris Sportsman ATV.

EA and Western Digital’s WD_BLACK brand are committed to ensuring Battlefield 2042 gamers have the best possible gaming experience for its vast new world of immersive and realistic maps, and dynamic game play.

Move Out To Wake Island In Battlefield Heroes