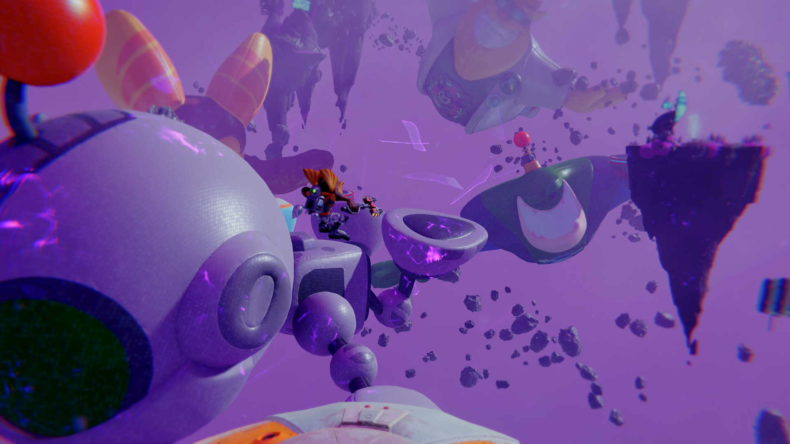 One of the trophies in Ratchet & Clank: Rift Apart that can be confusing is the one called “Boing!”. Like the rest of the game’s trophies, it’s not brutally difficult, it just comes quite late on. This means you might think you’ve missed it, especially given the description.

Very early on, literally during the opening of the game, there’s a celebration of the titular game characters. Here there are all manner of familiar characters. So it’s easy to think you’ve missed this trophy and will need a second playthrough. But that’s not the case, and we’re here to explain how you get it.

What is the “Boing” trophy in Ratchet & Clank: Rift Apart?

The description of the trophy is “Bounce on Big Al, Clank, and Qwark’s Parade Balloons”. Boing! is a bronze trophy, but it is missable if you aren’t trying to sweep up the 100% completion rating. 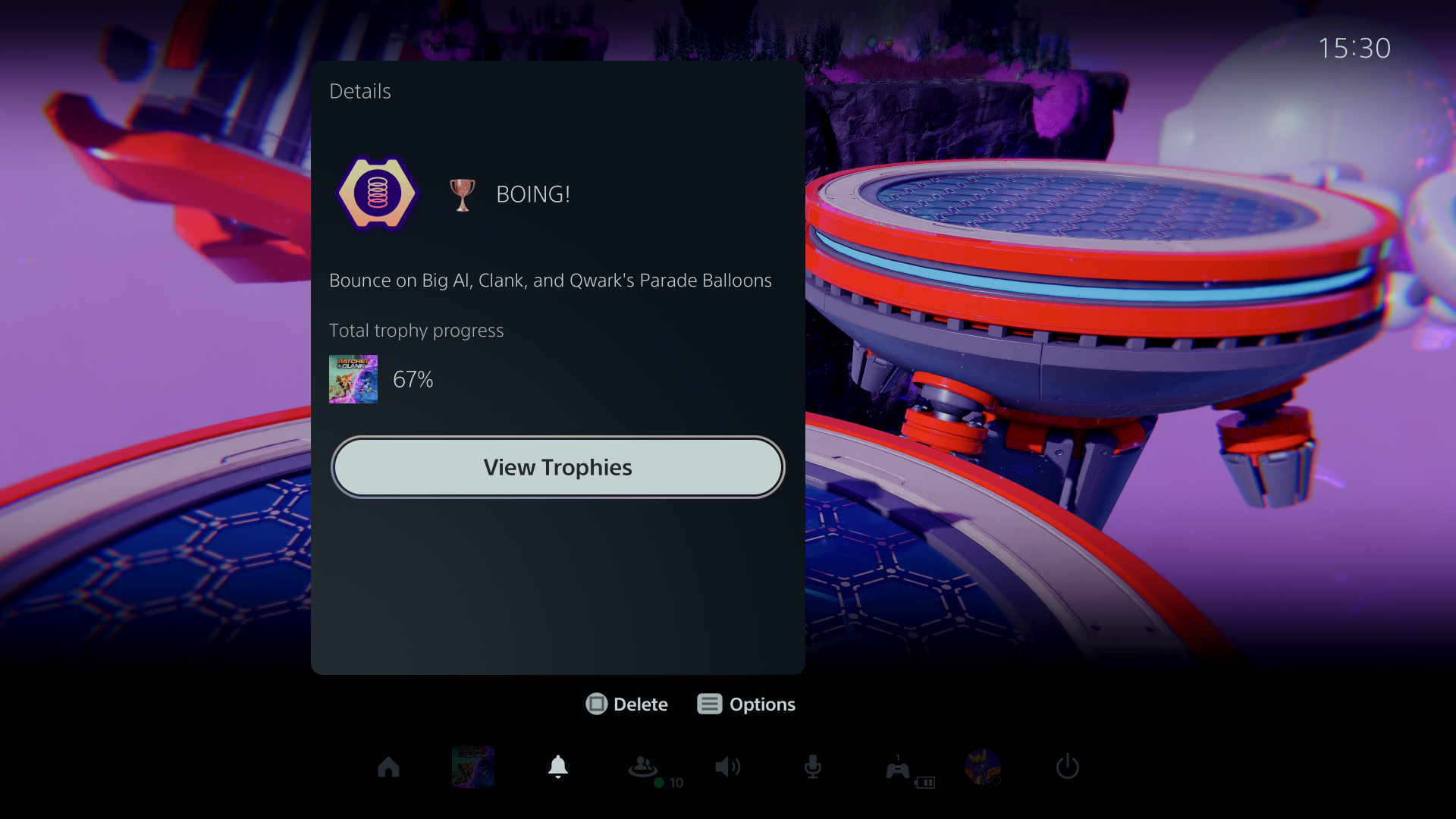 And it sounds simple, right? Well it would be, but there doesn’t seem to be any balloons outside of the intro sequence. The thing is, you can’t bounce on those either. So where exactly are these pesky balloons, then?

How do you unlock the trophy?

In Ratchet & Clank: Rift Apart there are multiple games within the game. One of these is when you visit a “pocket dimension”. These places are smaller platforming sections that gain you an armor piece at the conclusion. 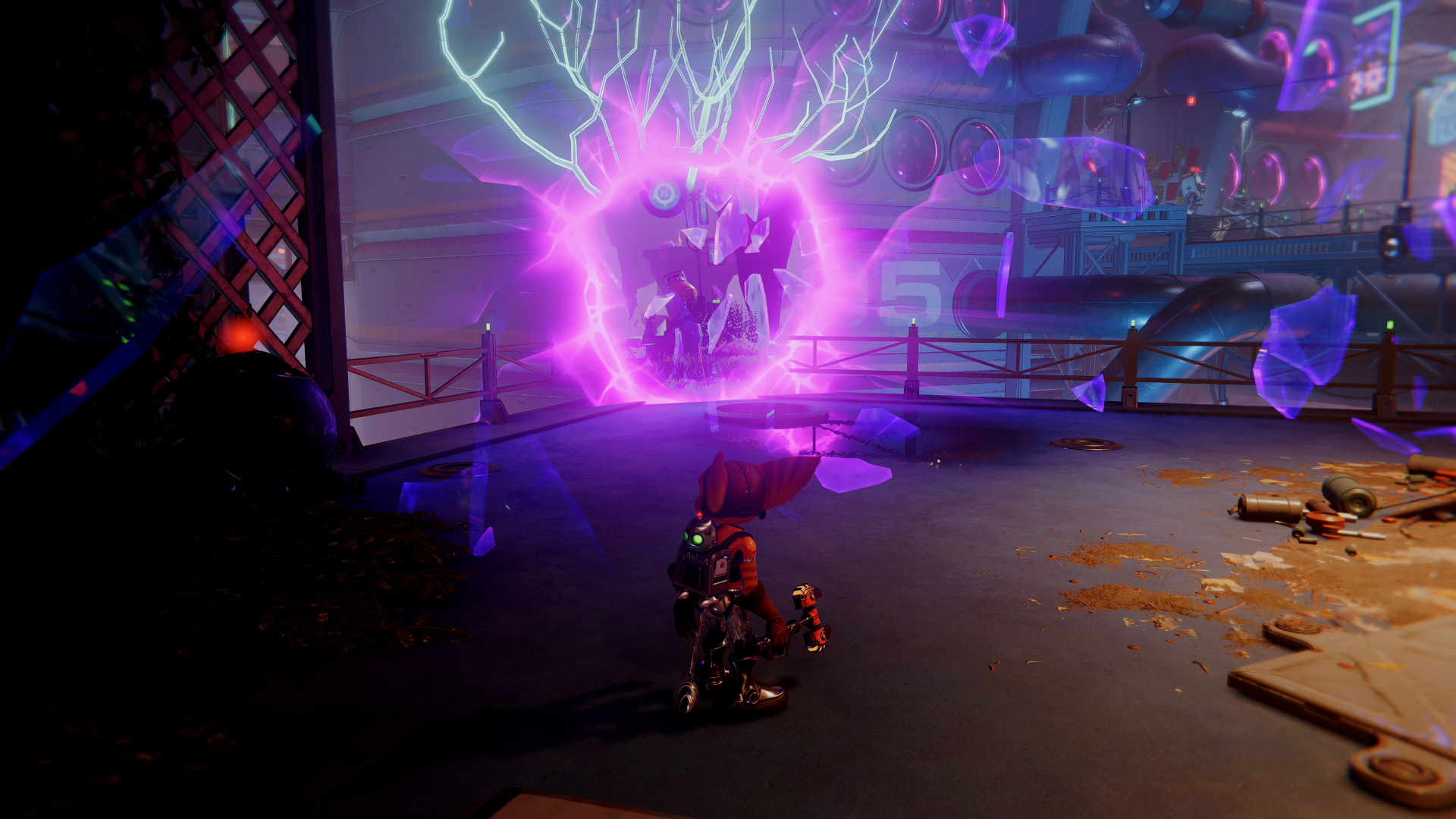 They look like large pink cracked glass doors, and the idea is you enter them by hitting L1 to open them. This particular pocket dimension is on Corson V, the first planet you visit after the start of the game. The thing is, however, it doesn’t appear unless you revisit the area much later.

Where is the pocket dimension?

So Corson V is worth going back to for a few reasons. First, it has raritanium and a gold bolt you almost certainly missed first time you were there. Second, the pocket dimension that’s pretty much in the middle of the map. 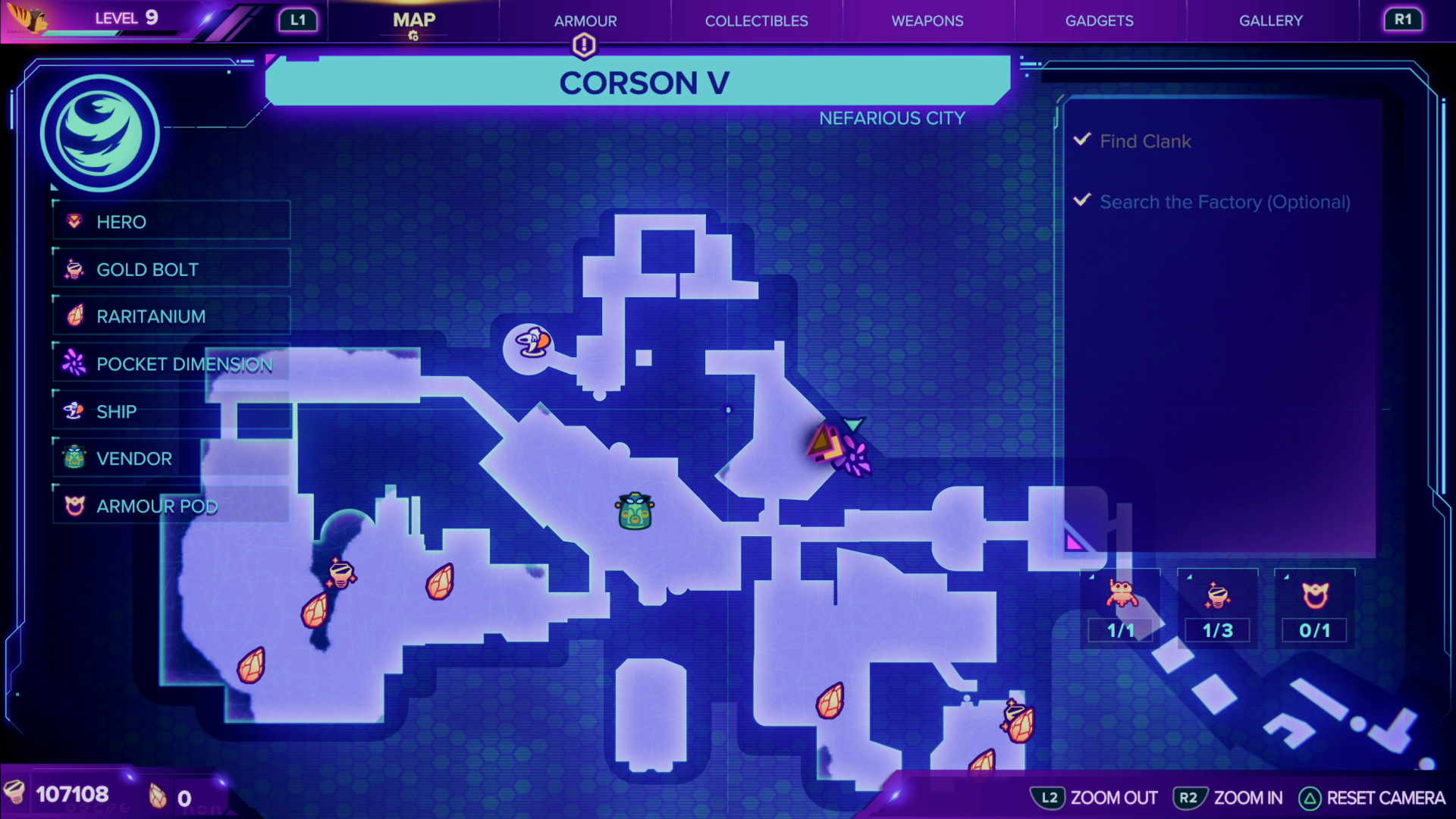 As you can see in the images above, it’s very near the start of the level. In fact, if you can find Mrs Zurkon, it’s just away from her and round the corner. Jump into the dimension and you can solve a platforming puzzle to unlock a new piece of armor.

Ratchet & Clank: Rift Apart “Boing!” Trophy: What do you have to do?

Once inside the dimension, it’ll become apparent pretty quickly what you need to do. The balloons from the parade in the intro have been zapped into this pocket dimension. Travelling naturally through this area will almost certainly net you the trophy. 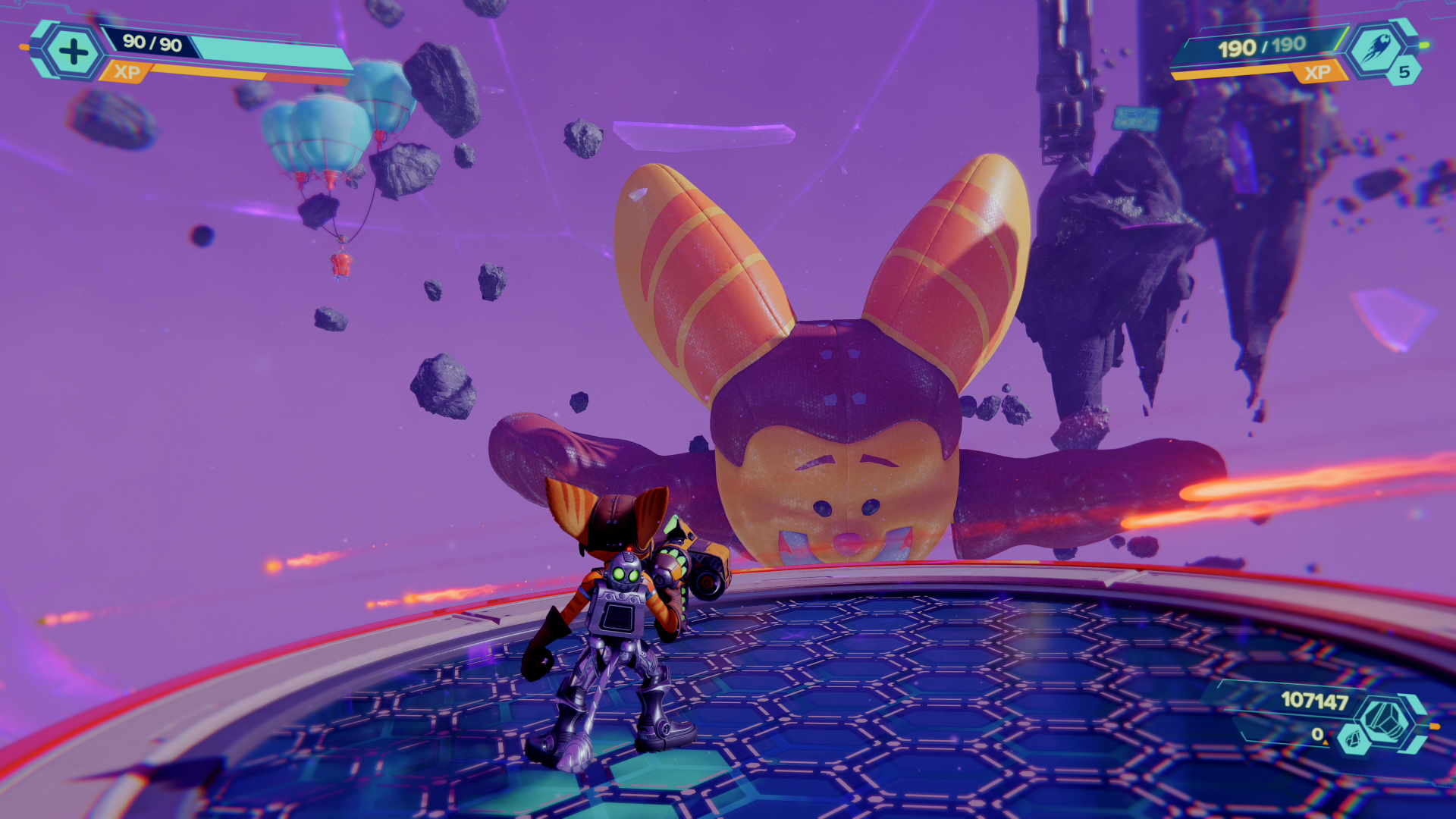 Make sure you bounce on Big Al, Clank, and Qwark’s Parade Balloons for the trophy to pop. Then that’s it, hurrah, you’ve done it. Make sure you follow us on Social Media and Subscribe on YouTube to never miss a new feature.