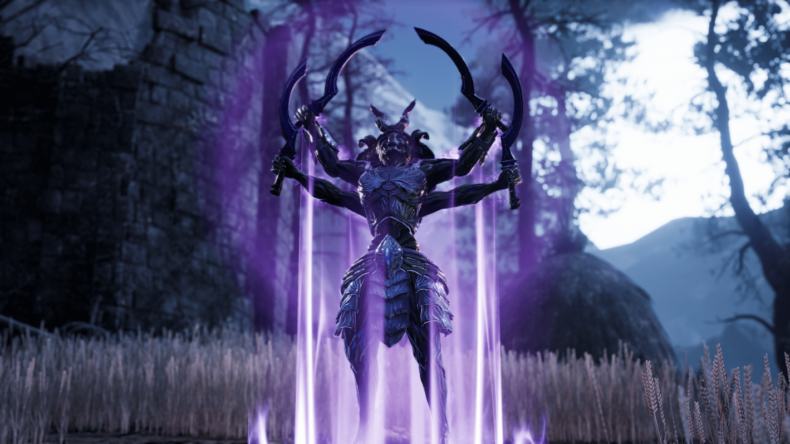 Merging different genres together can be a dangerous balancing act. In the pursuit of innovation in a relatively flooded games market, some developers can chase uncommon melanges of styles or mechanics. Sometimes it works, and other times it feels like a complicated unwieldy mess. Thankfully after playing through the first 10 hours of King’s Bounty II, 1C’s adventure shows plenty of promise. It boasts tactical, turn-based combat, mixed with branching, narrative storytelling in a lush, fantasy backdrop. And I’m kind of hooked on it.

The story, as far as has been revealed so far, is fairly intriguing. There are reports of an accident at the local Magefactory, and no one knows quite how it happened or why. To make matters worse, pockets of the otherwise lush green landscape have turned a dark black colour. They’re inflicted with something called the Blight, and there’s a sense that something otherworldly might be afoot. It’s up to you to choose from one of three heroes and get to the bottom of it.

Interwoven throughout most of King’s Bounty II is the idea of four principle Ideals, two sets of two opposing views determine your characteristics. You have the Order ideal competing with the Anarchy ideal, and the Power ideal competing with the Finesse ideal. The idea behind it is that as you progress your adventure you’ll come up against situations that can be resolved in one of two ways, from opposing ideals. Once you find out the details of a conspiracy, you may side with Order and report it to the local Guard, or Anarchy and side with a group of assassins. Decisions affect how the cutscenes play out and also impact the story and your options later on. 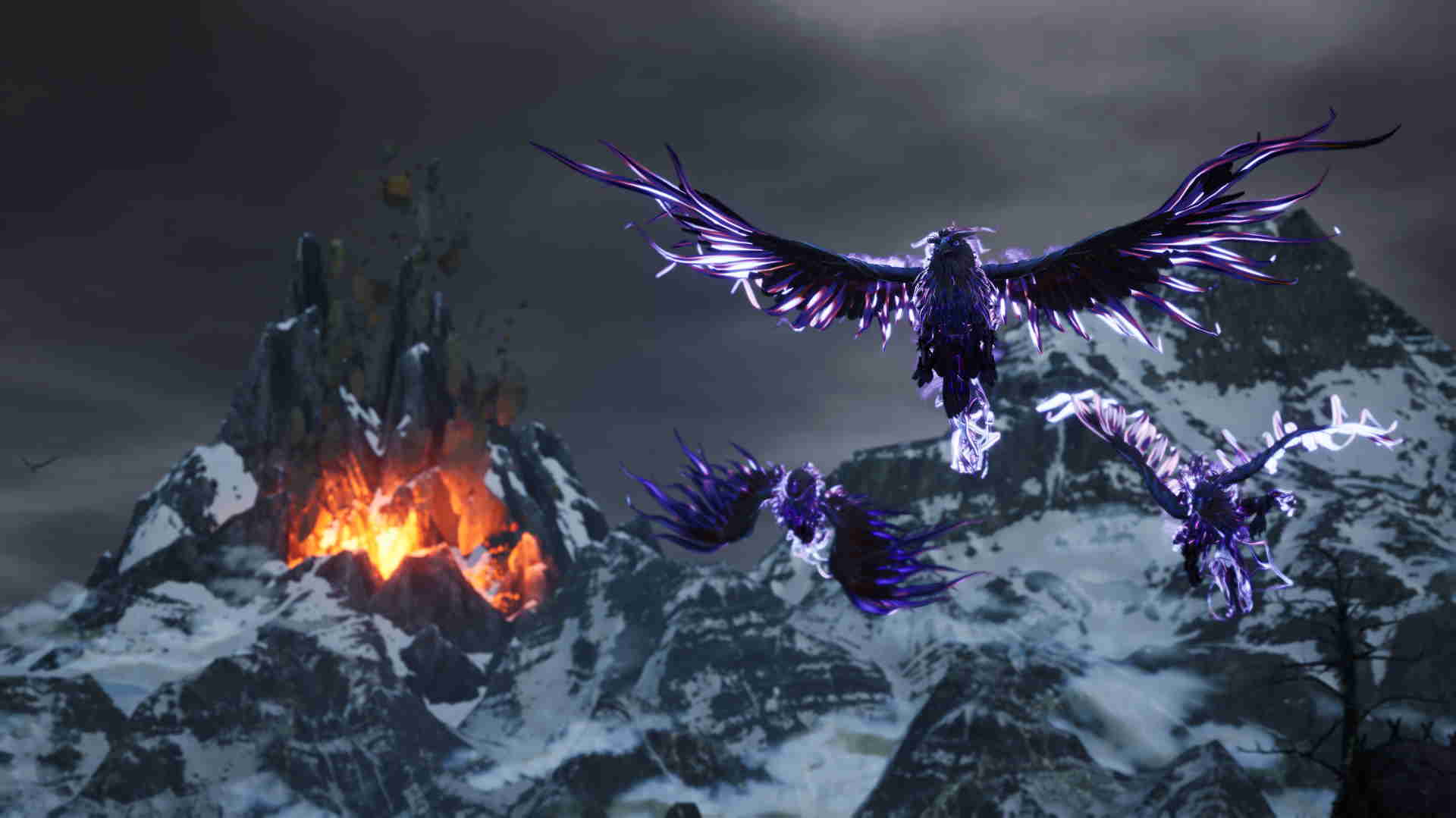 The four Ideals also permeate into the construct of your character. Choosing to align with resolutions for a particular Ideal will often give you Points against that Ideal. Then as you level up, you get Talent Points to spend on bonuses. However, some bonuses are locked unless you have the required amount of Points in that Ideal. This gave me an interesting internal dilemma. My default is to always be the good guy, so I naturally veered towards the Order Ideal. However, I also found myself wanting the Anarchy bonuses and I felt conflicted. As such, it feels a character with a blend of all four Ideals was the best way to go. But it feels at odds with the system itself and doesn’t easily allow you to focus on one trait during the story.

And that story is woven in a fresh but also familiar way. A blend of cutscenes, voiced NPC conversations, and text-based filler it strikes a decent balance of pacing with its storytelling. Similar to fantasy greats like Skyrim, the time has been spent on building lore, with notes, scrolls and ancient tomes provided subtext and context for what you’re experiencing. And whilst it isn’t on the scale to Bethesda’s epic, being able to tailor your story involvement is a welcome thing. This freedom to choose the immersion feels like a big plus point for King’s Bounty II. Even just wandering around, NPCs will be having meaningful, voiced conversations which you can completely ignore should you be in a hurry, but it shows the care and attention on offer here. 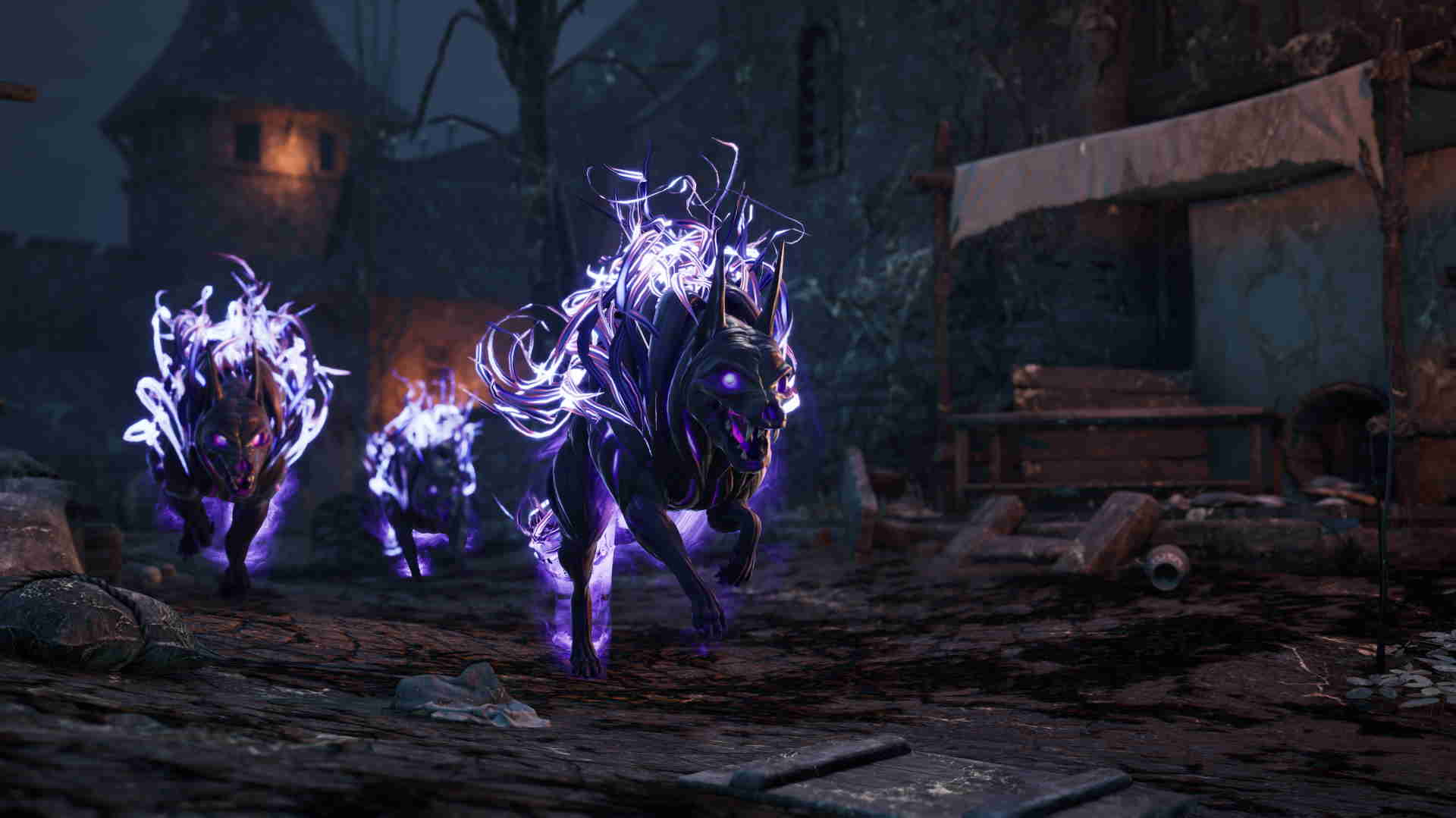 As well as the story, and the Ideal mechanic, the other key building block of King’s Bounty II is its turn-based combat. Played out on a hexagonal grid, you position your armies and then take turns dealing damage until only one group is left alive. Various units are differentiated as melee, ranged, and magic users. There are also flying units and even enemies from the Blight itself. Like in most tactical combat situations, you can move and perform an action, such as attack an adjacent hexagon. Each unit also has a unique skill they can perform, like a specialised attack, or a heal ability. As such it’s about how your group works together to defeat what’s in front of you.

The combat also has a fair bit of depth. Line of sight and verticality also play a part, particularly for ranged combat. Magic also plays a really big role, either through magic users or utilising your hero themselves. As the hero you are commanding the battle, not actually fighting. But once per turn, you can cast a magic spell that you’ve learned, providing you have enough mana. Alternatively, you could use a one-time-use scroll to cast a spell. These different spells are numerous and have different levels that scale as you progress, increasing their potency. They often produce a wide range of effects from burning, to poison, or even slowing down units. It adds to the level of interaction and tactics of each turn. 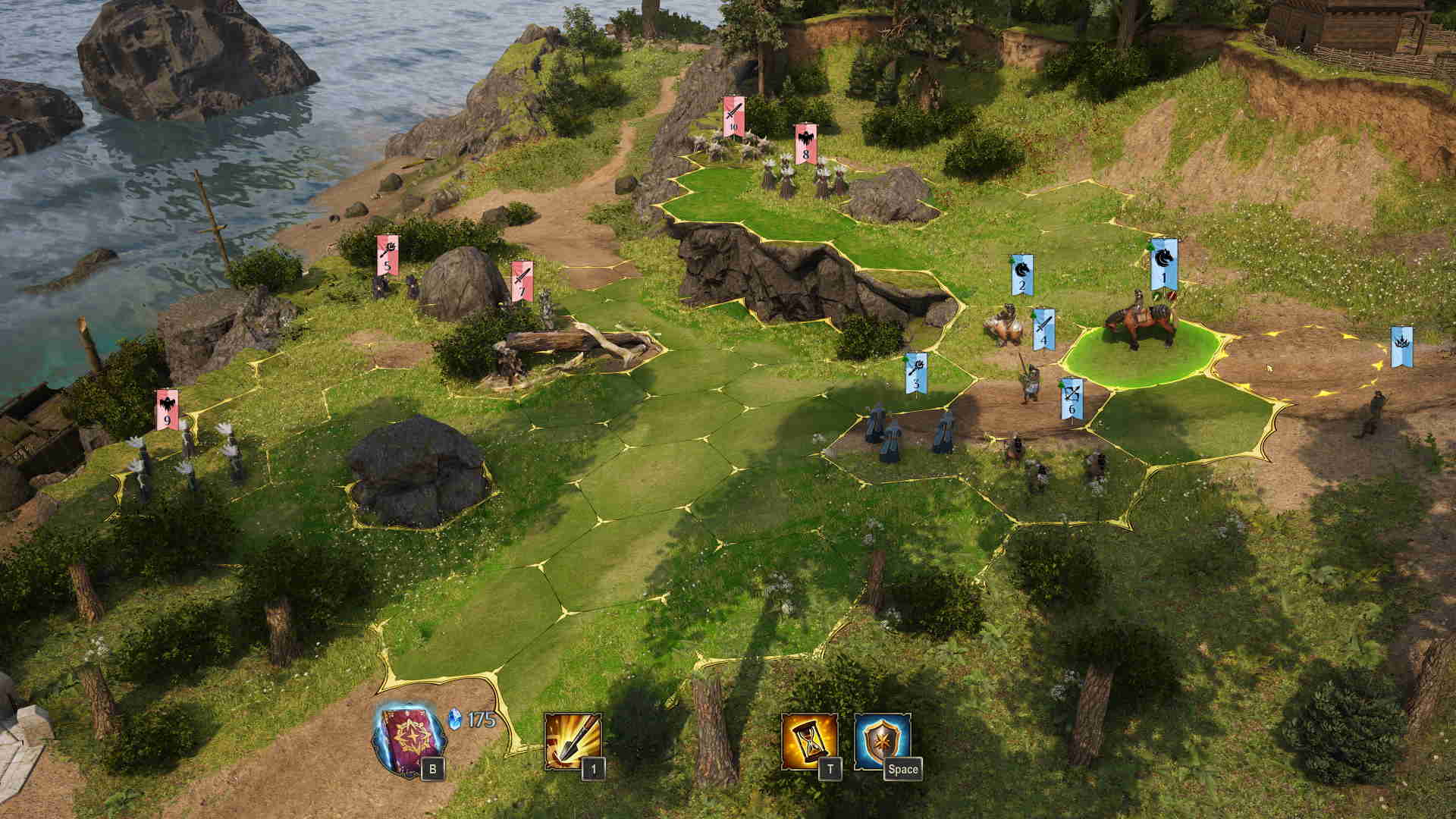 But there’s more. Units have their own levels which rank up through experience it gains from defeating other units in battle. Ranking up units makes them stronger, changes their appearance, and sometimes unlocks additional skills for them to use in battle. Each unit is also tied to a specific Ideal. Units from the same Ideal will have better morale when fighting providing a sense of camaraderie on the battlefield. Those with different Ideals won’t fight as well together. With such a large variety of units to choose from, you can customise your battle party for each fight, and keep an infinite number of units in reserve for when they are needed.

It’s all about the money

However in reality during my 10-hour playthrough that wasn’t quite the case. I never really amassed an army big enough to be able to chop and change my units at will. Despite there being plenty of options to recruit new members and lots of different options available to me, I just couldn’t, because of one simple hard truth. I never had enough money. 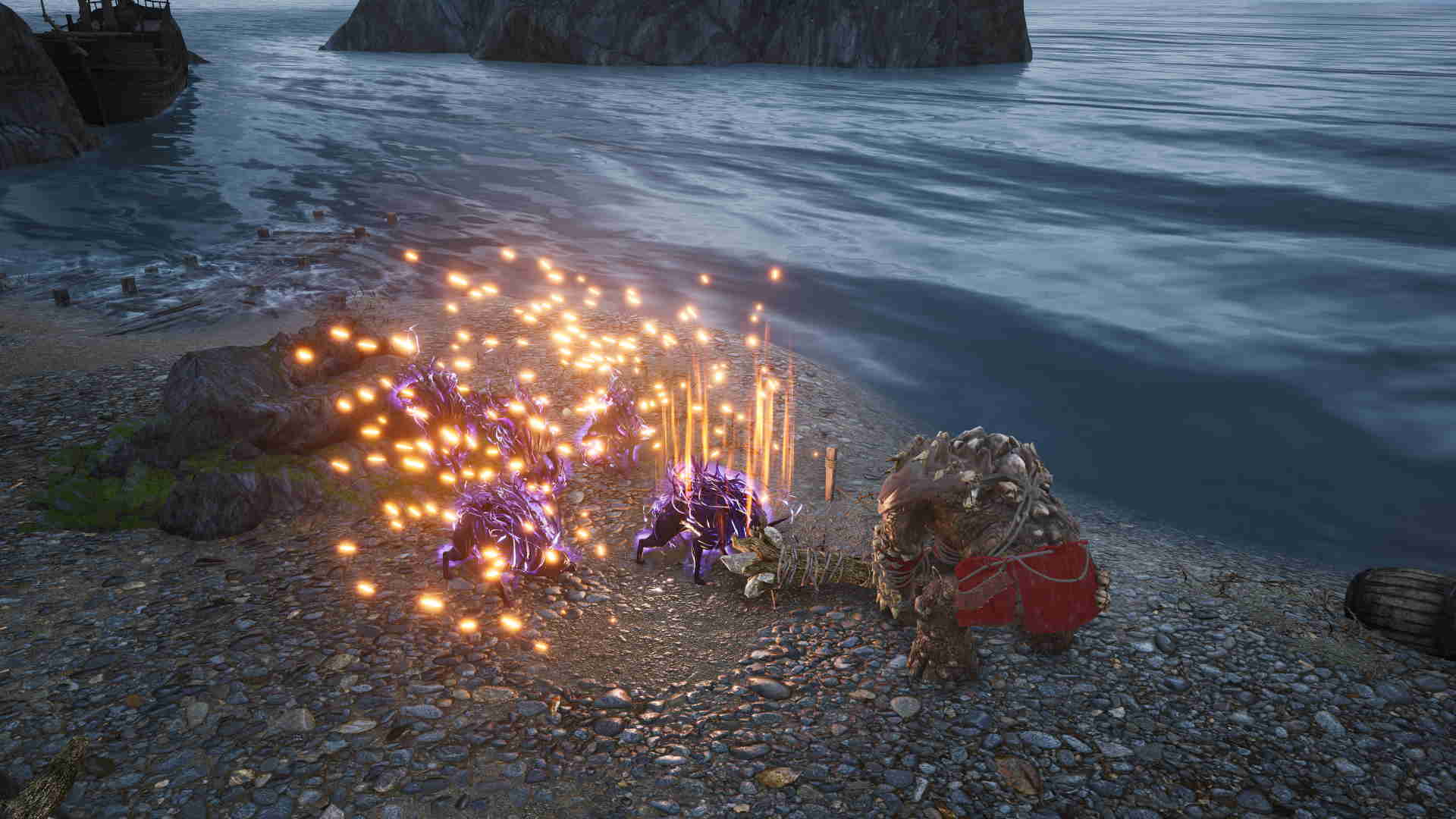 Now the thing is, I’m a bit of a pixel hunter — a completionist — always on the lookout for collectibles. And the same is true in King’s Bounty II. I’m always looking for what’s off the beaten track, as often you find plenty of glowing chests or caches containing gold and valuables. Despite always rummaging in out-of-the-way hedgerows and selling all my treasure and duplicate or worse equipment, money was always seemingly in relatively short supply. And the main reason for that is that death in King’s Bounty is permanent after every battle.

Sorry for your loss

Even if a unit is made up of ten infantry units, and you only lose two of them in the battle, you have to pay to replace those you lost, either at the end of the fight for ease, or when you next return to town. If a whole unit is lost, you need to replace them all. And as you get further into the story, you have opportunities to recruit better units, but the cost was quite prohibitive. Instead, I found myself sticking to largely the same group of five units for the whole adventure because it’s all I could afford. 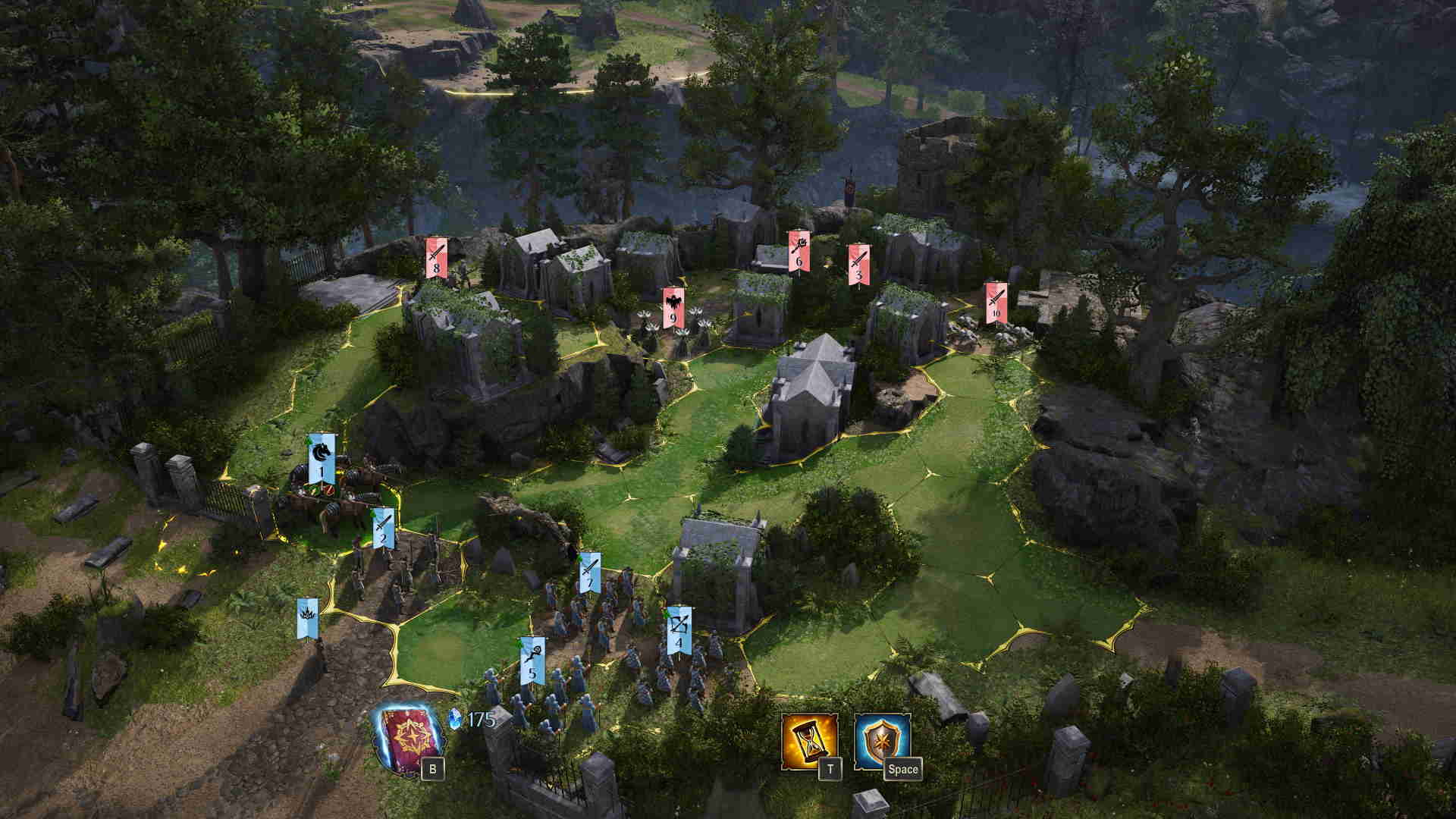 Now I’m aware some of this could be because I need to “git gud” on the strategy side of things. And I’ll admit to finding I lost fewer units towards the end than at the start, so maybe that’s true. But I do wonder if newcomers could feel a little strained by their bank balance, especially if they don’t go gold hunting as I did. Or maybe that is simply part of the challenge, and it’s certainly not insurmountable to overcome. Even an average gamer like me was able to proceed just fine.

Much more to come?

With all that said, I have still really enjoyed what I played of King’s Bounty II. The 10 hours flew by, and I was a bit disappointed when I realised I’d done all I could before having to travel to a locked area that will open in the full game. Its combat is deep, as is its Ideal system which is fused into its entire world. The narrative is intriguing and some of the individual missions have been interesting and have some standout moments.

As with all openers, the key will be in how well the experience translates over a longer timeframe. It’s important that the quality and variety sustain themselves throughout the whole adventure. But there’s plenty on display already to fill me with the hope that this could be a really engaging adventure.