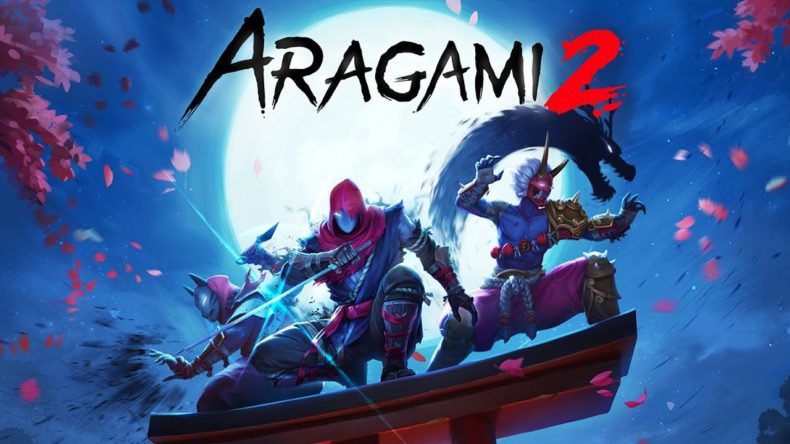 When most people think of stealth games, the first series that comes to mind is probably Metal Gear Solid. For me though, my days of sneaking started with Tenchu. Moving through the shadows and dispatching guards was a delight. And the ninja theme was undeniably cool. Since those glory days, there’s been a distinct lack of ninja stealth games. Thankfully, that drought is coming to an end thanks to upcoming sequel Aramagi 2.

I was given access to the first 12 missions of Aragami 2 for this preview. For the record, that makes up the first few hours of the game. You play as a member of the shadow clan known as the Aragami. These fearsome assassins have power over the shadows, but this comes with a price. The curse that brings their powers also slowly corrupts their body and mind. So it’s up to you to protect your people while you can.

Your character in Aragami has all the stealth based powers you might imagine. While trying to accomplish your sneaky goals, you can hide in tall grass, hang off ledges, and of course silently murder enemies who cross your path. As long as nobody is too close to you (the bad guys have mercifully poor vision) it’s pretty easy to take down a foe and hide their body so nobody ever finds them. 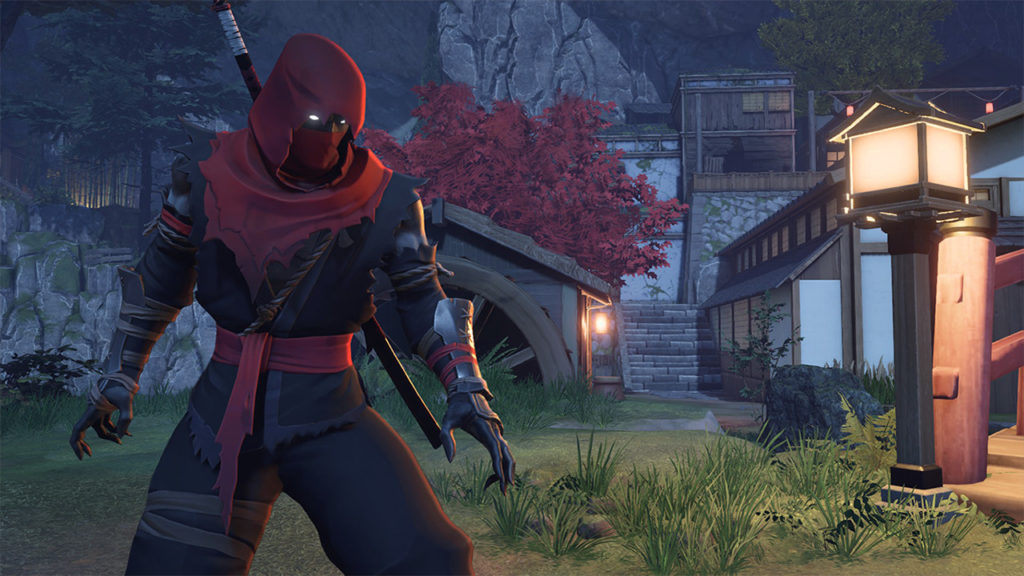 The shadow abilities are what really make you a killing machine though. Even your basic magical skills make you a much more effective killing machine. Although not particularly flashy, Shadow Vision is probably the most helpful. It lets you see enemies and objective through walls, and can be used as much as you need. Your other starting ability is teleportation, which you can use to move a short distance in front of you or attach to an out of reach ledge. Whether you use it to teleport across rooftops or behind a man to run him through, it’s such a satisfying skill.

Your basic abilities are all you’ll need to get through the first few stages. But when things start to ramp up you’ll want to upgrade your arsenal. As you level up for being a good sneaky boy, there’s a huge skill tree full of abilities to unlock. Depending on your preferences there are more passive skills that make you invisible when against a wall or still for a while, or some seriously powerful active abilities. You can make a clone of yourself to divert attention, or make noise to attract guards. You can even turn a torch into a dark cloud that nobody can see into. The possibilities are really impressive. 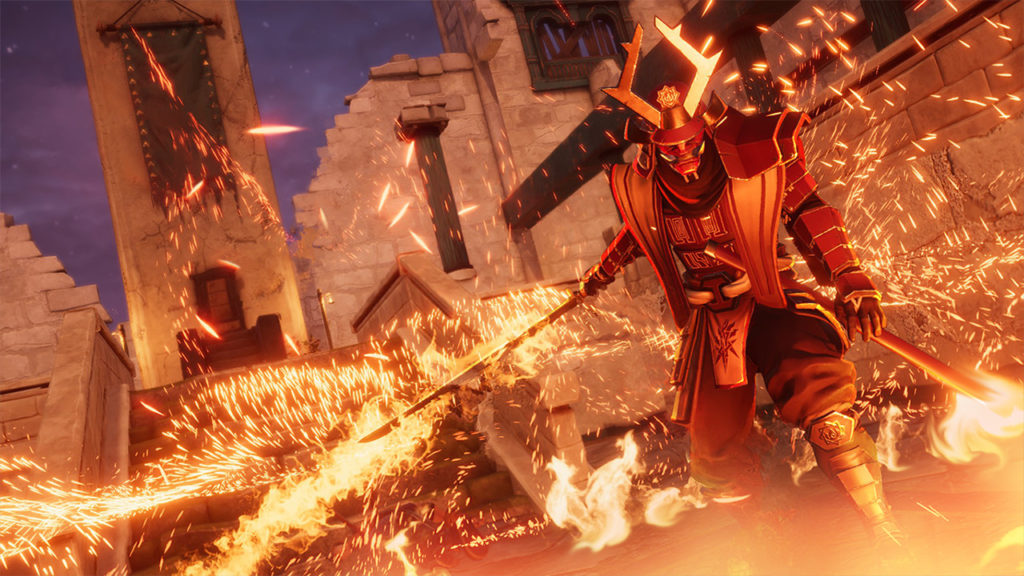 My favourite skill that I unlocked was Mesmerise. This allows you to target one enemy and make them blind and deaf for a short while. Using this to sneak to an objective then run away before a foe had recovered made me feel like a real badass. Looking further down the skill tree there’s plenty to look forward too later in the game. There’s double assassinations and teleport kills , and they will definitely be useful in your quest.

Each mission of Aragami 2 is around 10-20 minutes long. So far they all take place in open areas with plenty of routes and approaches to choose from. There’s a nice variety objectives from what I’ve seen so far, too. Sometimes you’ll be on an assassination mission, sometimes you’ll need to steal an item. Other times you’ll have a more interesting task to accomplish like eavesdropping or saving a hostage. 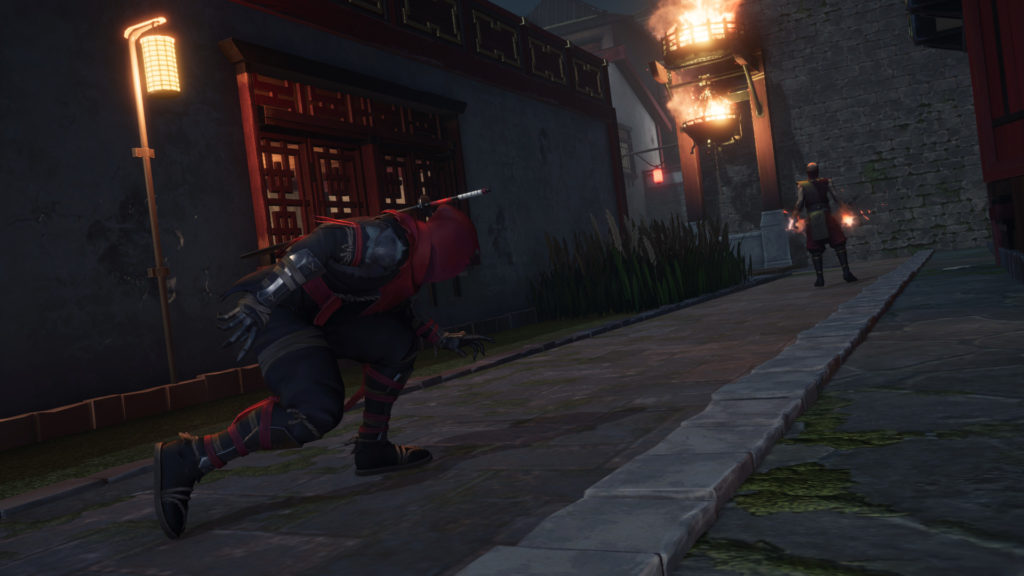 You’ll be given a rank in each stage for your performance, as well as getting told how you approached the mission. If you manage to sneak around without getting caught and didn’t leave mountains of blood in your wake, you’ll be a Spirit. Ghosts are similarly stealthy, but also murder everything in sight. The Reaper is the title you’ll get if you’re bad at stealth. Or perhaps if you fancy more direct confrontation, and decide to kill enemies head on.

Although you can face enemies in head-to-head combat, it isn’t easy to survive one of these encounters. The combat is deliberately slower paced, and requires perfect parrying if you want to stay alive. I struggled greatly with dispatching enemies this way. Mostly because if you’ve been spotted there will likely be more than one enemy trying to take you down. There are plenty more systems to dive into in Aragami 2, that I imagine will become even more fleshed in the full game. Between missions you’ll go to your village and can talk to your clan and upgrade your skills. There’s a blacksmith that sells one time use items (like healing salves, Shuriken and Amnesia Darts) as well as equipment and runes that provide passive buffs. 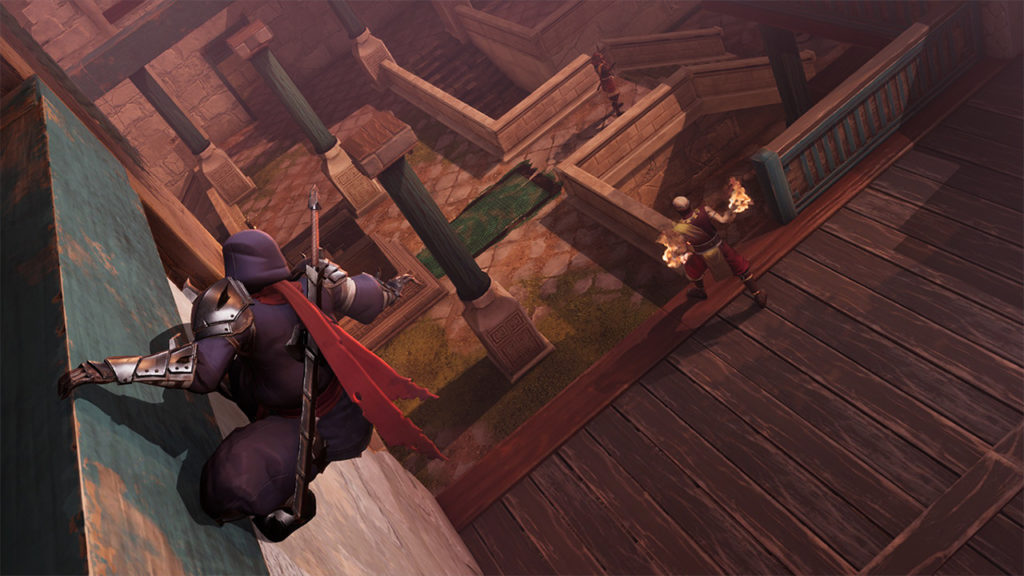 Although I enjoyed my time with Aragami 2, there were some pretty significant issues I had while playing. The most concerning is that there are no checkpoints mid mission. This means if you’re bad at sneaking around, you’ll be replaying a potentially 20 minute section of level over and over again. This irritated me in the first 12 missions of the game. I can only imagine it will become more of an issue as you get to harder stages later on. There’s also some weird situations where guards won’t be alerted. This is pretty immersion breaking. Guards don’t notice you if you jump repeatedly from a slightly lower height. They also pay no attention to the litres of blood you leave staining the floor. There was one instance where I brutally killed a man on a balcony and actually coated the guard below in his innards, which he didn’t react to at all.

One feature I didn’t get to try in the preview build is the 3 player co-op mode. I think sneaking around together could definitely take Aragami 2 from a good game to a truly special one. The fact that it’s coming to Game Pass day one makes stealth murder with your mates really accessible too.

It has a few issues that need ironing out before release, but this is a preview build. Otherwise, Aragami 2 is a fun twist on the classic stealth game. With plenty of powers and abilities to use to your advantage, it’s fun to experiment and use all your guile to sneak your way to an objective. If you’re longing for the days of Tenchu (and have a buddy or two available) then Aragami 2 is worth keeping your eye on.