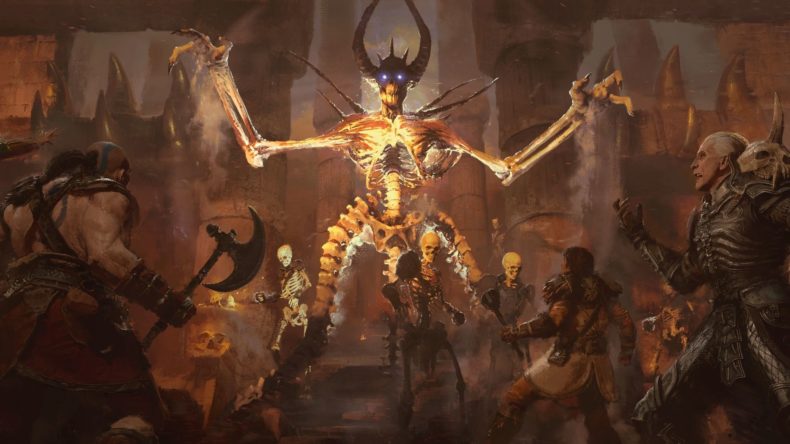 Activision Blizzard has revealed the details of the Diablo II: Resurrected Beta and when players will get to try it out.  The Early Access weekend will take place from August 13, 18:00 BST.   Fans who pre-ordered Diablo II: Resurrected or the Diablo Prime Evil Collection on Windows PC, Xbox Series X|S, Xbox One, PlayStation 5, and PlayStation 4 will be able to access the game early during this time.

A Public Open Beta weekend will follow on August 20, 18:00 BST.  During this time, all players will be able to experience the Diablo II: Resurrected Beta simply by downloading the game on PC, Xbox or PlayStation during the weekend. Players will be able to try out cross-progression between platforms.

Both phases of the Open Beta will include two additional classes for players to dive into. The armour-clad holy Paladin and the ferocious shapeshifting Druid will now be playable alongside the Barbarian, Amazon, and Sorceress. In addition, the Open Beta will also include online multiplayer gameplay allowing up to eight friends to take on the forces of Hell together or even duel each other in PvP combat.

While the Open Beta will be limited to the first two acts of the game, there will be no level cap, so all participants will be able to level up and experiment with a variety of builds for their characters as much as they want until the end of the Open Beta.