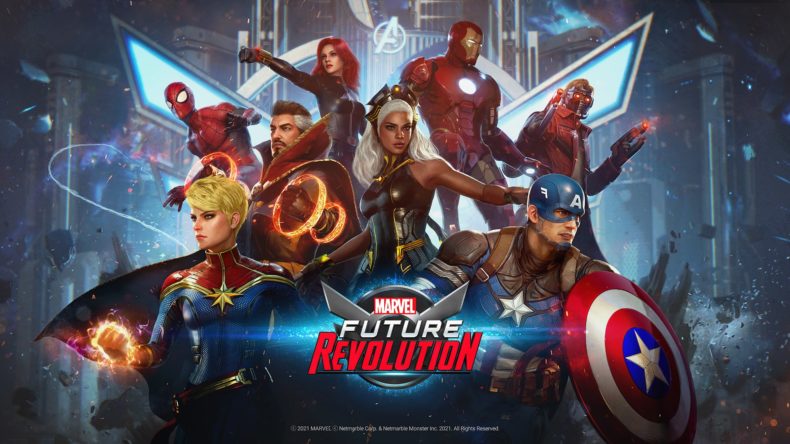 Marvel Future Revolution, the latest collaboration between Netmarble Corp. and Marvel Entertainment, debuts worldwide today.  Fans are invited to suit up as beloved Super Heroes as they journey through Marvel’s first Open-World action RPG game on mobile.  Players can expect high-stakes adventure, unique missions and zones, and an onslaught of never-ending threats from fearsome foes. The game is based on a completely original storyline inspired by decades of Marvel lore.

To celebrate the game’s launch, Netmarble is planning several events throughout the day. First, a new trailer will debut during Gamescom’s Opening Night Live today.

In addition, Marvel is hosting an all-new episode of its Marvel LIVE! livestream tonight at 5:00 p.m. PT, revealing a new exciting CG trailer and gameplay footage and news for fans across YouTube, Twitter, Facebook and Twitch. A third event will be announced during the Marvel LIVE! stream.

MARVEL Future Revolution begins after multiple Earths converge to form an entirely new ‘Primary Earth’.  Players will be asked to join the newly formed ‘Omega Flight’ Super Hero team to defend the universe. At launch, you will have access to eight playable Super Heroes, including:

There is also an extensive selection of more than 400 million costume combinations per hero to choose from.

From the high-tech New Stark City to unique zones like Hydra Empire, Xandearth, Midgardia, and Sakaar, fans can expect to discover original Marvel landmarks and legendary characters.  There will also be homage missions tying directly back to fan-favorite stories and events.

Players will also partake in Epic Missions, which follow the main storyline, coupled with Side Missions that unlock sub-storylines to experience. As the game progresses, multiplayer content will unlock, including Blitz, Special Operation, Raids and more.  Fans will battle some of Marvel’s most sinister foes, including Ultron, M.O.D.O.K., Yellowjacket, Thanos, as well as powerful villainous organizations like The Hand, A.I.M., and Hydra.

Marvel Future Revolution is available now as a free download on the App Store and Google Play.