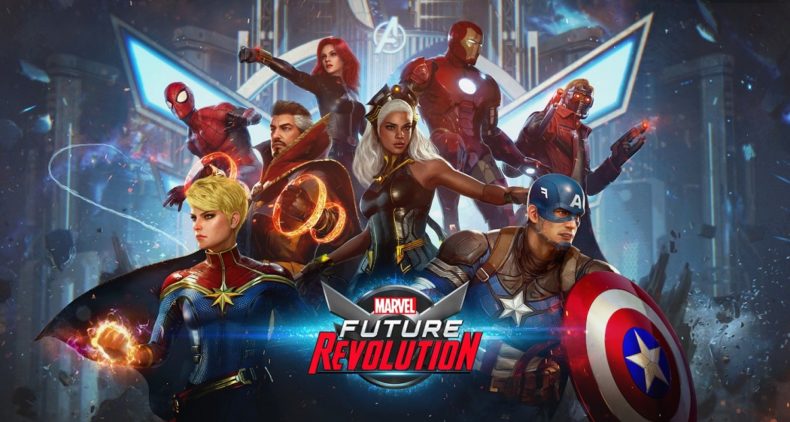 Netmarble and Marvel Entertainment have today announced that MARVEL Future Revolution will launch globally on August 25 for iOS and Android. Firstly, the free-to-play open world action RPG has opened its global pre-registration on the App Store and Google Play. Secondly, players that sign up will receive a ‘Pre-Registration Costume Gift Box.’ It’ll feature a full costume set for one of the game’s starting heroes.

MARVEL Future Revolution builds on the rich lore of the comics. Taking place on ‘Primary Earth,’ players will take part in missions across unique zones. These will include like New-Stark City, the Hydra Empire, and Sakaar. There’ll be eight playable heroes to start with, outfitted in iconic costumes with more than 400 million combinations. Black Widow, Captain America, Captain Marvel, Doctor Strange, Iron Man, Spider-Man, Star-Lord, and Storm will all feature in a completely original storyline “inspired by decades of Marvel storytelling, featuring a variety of fan-favourite characters from Marvel lore.”

This is the second time Marvel and Netmarble have joined forces. MARVEL Future Fight has been running for some time now, amassing over 120 million players worldwide. For the latest information on the game, check out Marvel’s YouTube account. After all, who doesn’t love a good Marvel game?

Video games are cool. Don't let anybody tell you any different.
MORE LIKE THIS
Marvel EntertainmentMARVEL Future Revolutionnetmarble