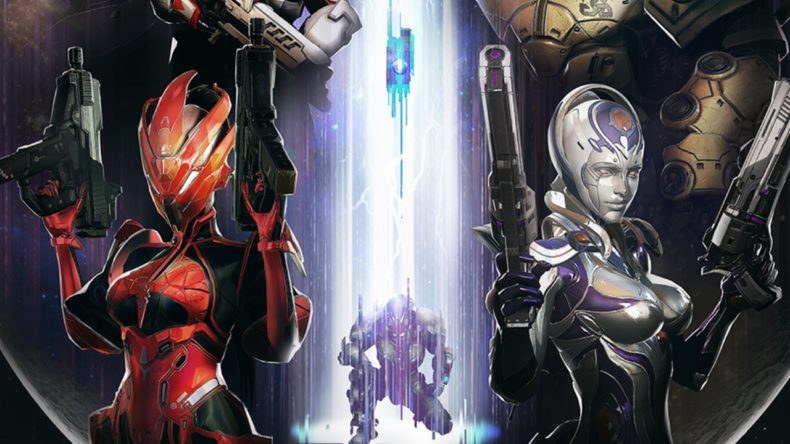 We recently previewed Anvil: Vault Breakers based on the demo (which is still currently available on Steam), and found it to be bloody great. A roguelite hybrid of Warframe and Hades, it ticked pretty much all of our boxes and left us gagging for the December 2 release date.

Ahead of that, developer Action Square have released a new trailer detailing the lore behind their universe. Set in the distant future where humanity has gone to war over ancient alien reliquaries called Vaults, Anvil: Vault Breakers sees operators using a system called Amber to remote-pilot battle suits. These suits, called Breakers, bear more than a few similarities to Digital Extreme’s Warframes, from the aesthetic to the four skills they each possess. 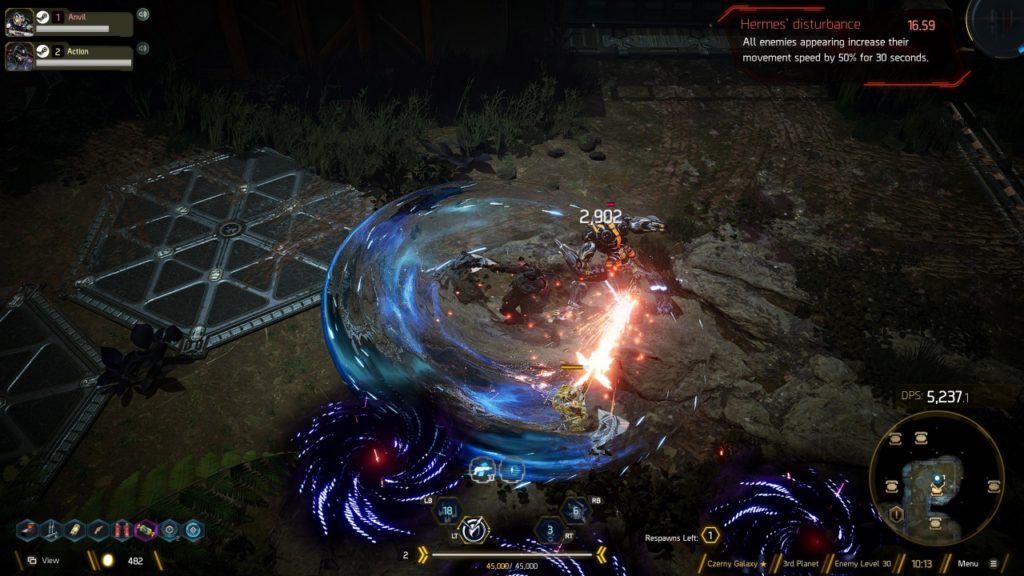 With the Vaults spread across the galaxy, Anvil’s replayable campaign sees you jump into procedurally-generated maps to face various objectives and bosses. The system is solid, ensuring a different experience each time. Add in the fact that weapons and upgrades are also random, and skills are upgraded during each run in a similar vein to Hades, and you can see why we’re excited.

The new trailer explains some of the story, including the contextual reason for the roguelite set-up. Each of the twelve Breakers learns and grows stronger every time it is destroyed, and as they’re remote-piloted, they just get rebuilt and redeployed. It’s an interesting concept. There’s also a 100-level battle pass which features new Breakers, cosmetics, boosters and companions, which will give us plenty to sink our teeth into when it finally launches into early access on December 2.

There’s been no shortage of isometric blasters recently, with titles like Space Punks, Killsquad and The Ascent vying for attention – but Anvil feels like one to watch. Check out the trailer below for more info and a glimpse into Anvil: Vault Breaker’s sci-fi universe.

Senior Content Editor Mick has been playing games for over 30 years and writing about them for around 12. After drifting from site to site for a while, settling briefly at the now-defunct Made2Game and freelancing for the gone-but-not-forgotten NintendoGamer Magazine, he came at last to rest at Godisageek. Mick has been a reviewer, staff writer and content editor here for some time, while also moonlighting a little for Red Bull Games. He has 4 kids, has written 2 novels, and sometimes even manages to pay a bill or two. You'll usually find him defending the galaxy in Destiny 2, battling evil in Diablo 3, or lurking in the background on Twitter. Find him there @Jedi_Beats_Tank, or on XBL (JediWaster247), PSN (Jedi_Waster) or Nintendo (JediWaster).
MORE LIKE THIS
Action SquareAnvil: Vault Breakers