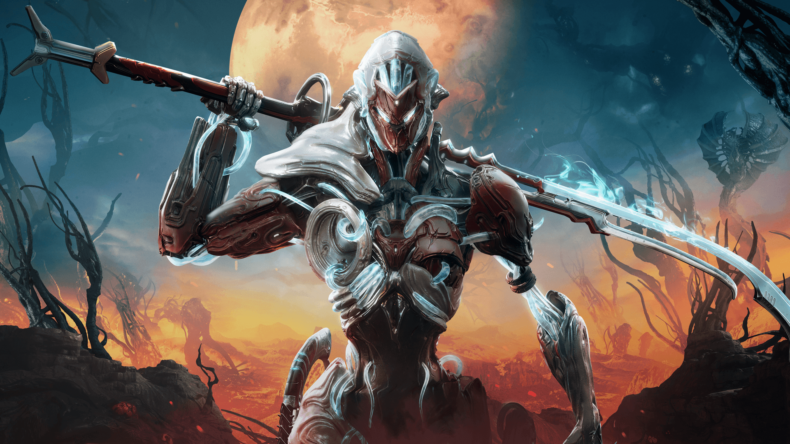 I vaguely remember trying to play Warframe when it was a PS4 launch game. It was still free then, but lacked content and pizzazz, and I dropped off it really quickly to experiment with other next-gen goodies. I didn’t return to Warframe until the Plains of Eidolon expansion years later, at which point I fell head over heels in love with it. Fundamentally the same game, developer Digital Extremes had added so much to it in terms of content, mechanics, loot and quests that it utterly drew me in and I put around 300 hours in before I was inevitably stolen away by the usual parade of review titles.

Having dipped in and out of Warframe regularly since then on Xbox, Switch and PC, I’ve remained somewhat up to date on the constant influx of missions and Warframes, but returning now on PS5 I’m still surprised at just how immense it has become. 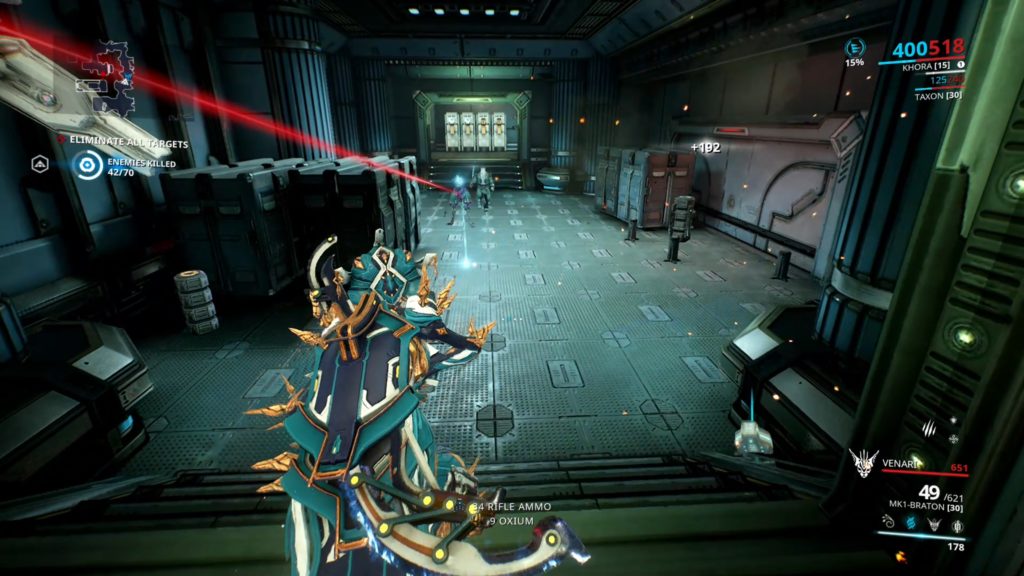 The whole galaxy and then some is up for exploration, and 40 plus Warframes are now available for those willing to grind for them or, of course, buy them with real world money. But I don’t say that with a sneer. Historically, Warframe’s approach to premium content and micro-transactions is incredibly fair. Although there is a re-balanced PvP element, the vast majority of the content is cooperative, so there’s no pay-to-win element. Everything you can buy can be ground out in the game, too, which keeps things feeling balanced and fair – even if it can take an age to do so and a great deal of patience for YouTube walkthroughs.

Where Warframe differs from a lot of live service games is in its approach to missions. It doesn’t lock anything off like, say, Destiny 2, and allows you to either take on its story quests in a somewhat specific order, or jump into instant action missions alone or with others to level up and farm materials for your ship’s fabricator, the all-purpose work bench where you can craft anything from quest items and weaponry to new Warframes and vehicles.

There is a massive amount of content at this point, with dozens of quests and planets to explore, and smashing through each mission on a given world before facing the Junction Event – wherein you’ll face an AI version of yourself for the right to travel to a new location – is a great deal of fun. This is thanks in no small part to Warframe’s astounding combat, where you’ll mix guns, bows, sword, pistols, throwing knives, sniper rifles and a host of melee weapons with your chosen Warframe’s array of combat abilities to rain hell on the enemy. 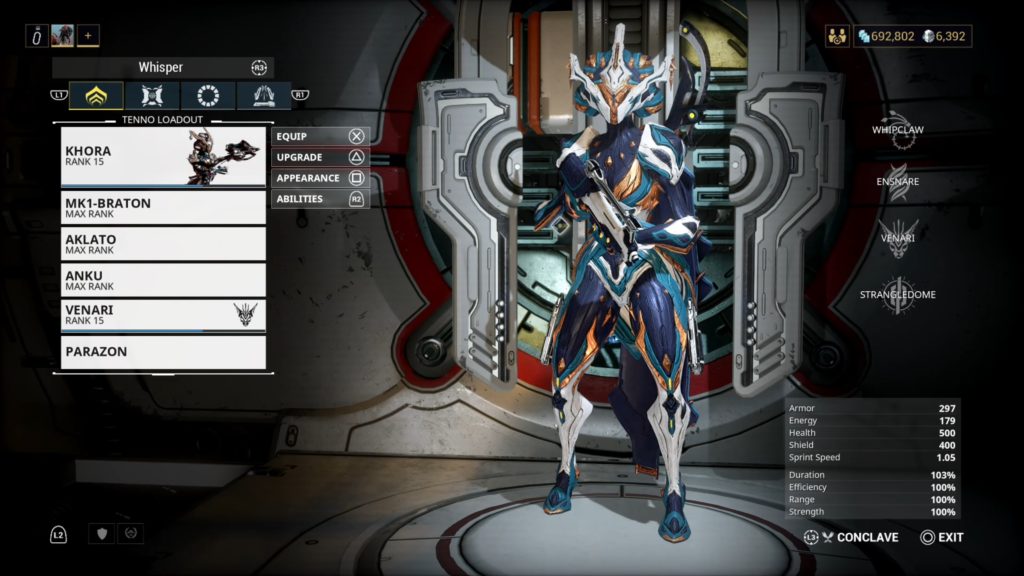 Combat is incredibly fast and responsive, and the ridiculous variety of gear and abilities is staggering. Not to mention you’ll also use Mod cards to alter your innate stats and improve cooldowns or damage and defence to further tweak your playstyle. It’s also a hugely customisable game, where you can alter each frame and weapon, even your ship. There’s a massive photo mode, if that’s your thing, and a heap of extra-curricular activities like side quests and bounties.

The addition of two open world areas lets you explore and complete bounties for local factions, and whip out your K-Drive (like a hoverboard, essentially) to zip around faster. Frankly, for a free game, Warframe has the potential to keep you busy for hundreds and hundreds of hours. And now it’s on the PS5, it’s even better. As with the PC version, the PlayStation 5 edition looks amazing in motion, with outside areas like Eidolon rivalling any sci-fi & fantasy world for sheer spectacle.

Smaller indoor areas are less majestic, of course, but still highly detailed, and the fact that it’s now running at 60fps and in 4K on console, with those much-improved load times, means you’re in and out of the stylish action much faster with each mission. Movement is as important as fighting and shooting in Warframe, and the “bullet jump” (where you jump mid-slide) allows you to chain your movement together in a satisfying combo of traversal and death. 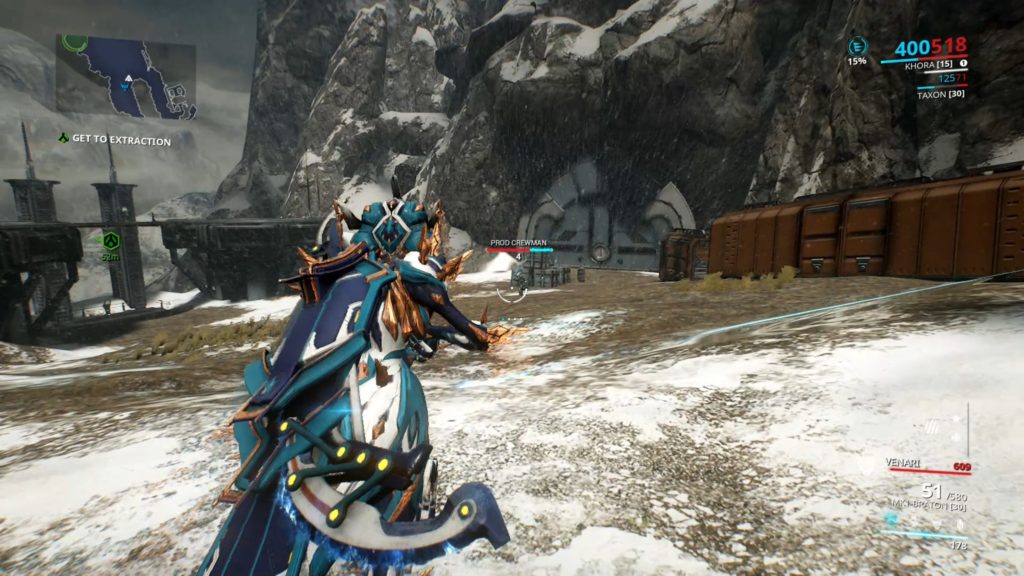 Perhaps the biggest complaint here is that there is still no way to cross-play or cross save between console versions (despite being able to swap platforms once per account from Switch to PC or vice versa). In this day and age in a game where progression is based largely on inventory and which missions you’ve finished, exporting account data between platforms shouldn’t be an impossibility when so many other similar games are doing it.

After almost 8 years, it’s hard to sell Warframe to anyone who’s simply not interested. Most people who were going to try it likely will have by now, but it’s also difficult not to recommend it on PS5 to anyone who likes sci-fi settings, frenetic action, and deep, engrossing RPG mechanics. It’s an extraordinarily well-made game that shows no signs of slowing down, and which performs very, very well on PS5. Yes, it’s dense and almost certainly worth avoiding if you prefer your action be simple and straightforward. Otherwise, give it a go. After all, it’s free anyway.

Fancy getting into Warframe now it’s on PS5? Check out our beginner’s guide to get one step ahead of everyone else.

Dense story
Systems may overwhelm newcomers
No cross save

It's difficult not to recommend Warframe on PS5 to anyone who likes sci-fi settings, frenetic action, and deep, engrossing RPG mechanics.