A Beginner’s Guide to Warframe on Nintendo Switch 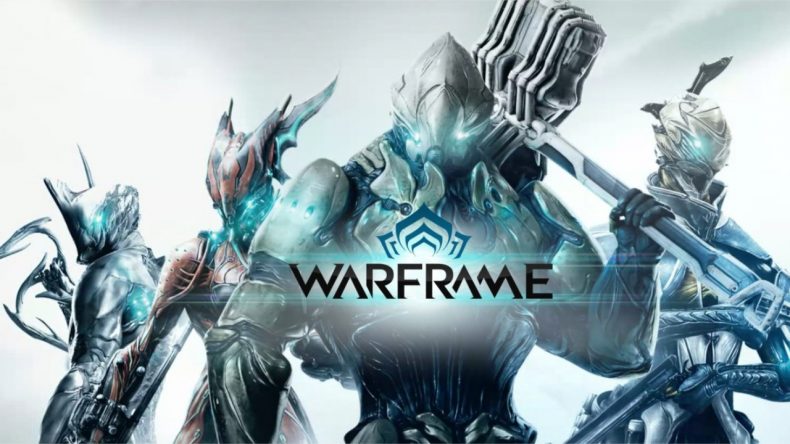 Widely regarded as one of the best free to play games available, Digital Extremes’ Warframe is also often cited as a “Destiny-killer”, as it shares a number of story beats and gameplay elements with Bungie’s sci-fi shooter. As Warframe launches on Nintendo Switch, a large number of new players will be joining the ranks of the Tenno, and, frankly, this means there’s going to be a huge number of people standing around scratching their heads as they try to come to terms with Warframe’s dense sci-fi universe.

Here are the 7 things any new payer should know before jumping into Warframe on Nintendo Switch. By that I mean that Warframe has been around since the launch of the PlayStation 4, and very few developers can claim to have put as much effort, care and attention into their games post-launch as Digital Extremes has.

Back in 2013, Warframe was a feature-poor, buggy mess of a game with a shining glimmer of potential at its heart. Now, five years later, it’s a behemoth; there’s so much to do and engage with that it’ll seem almost daunting to begin with, but take your time with it, play the tutorials, and you’ll be fine.

2: A WARFRAME IS BASICALLY A SPACE NINJA SUIT

The story follows the fortunes and misfortunes of the Tenno, an ancient race of space ninjas defending the galaxy from the hordes of evil with the help of the Warframes, bio-mechanical combat suits that transform the Tenno into walking battle-tanks with a vast array of skills and abilities.

Initially you’ll have access to three starting Frames, Excalibur, Mag, or Volt, but as you play through missions you’ll acquire blueprints and materials to build new Warframes, of which there are now almost 60 if you include the variants and Prime versions. Each Frame archetype comes with its own unique abilities that you’ll unlock as you play, but they can all be heavily customised, upgraded, and outfitted with a huge variety of ranged and melee weapons. 3: GAMEPLAY IS FAST AS HELL

Combat in Warframe is a ballistic ballet, super-fast and initially complex. Learning the intricacies, strengths and weaknesses of the Warframe you choose to pilot is essential. Melee attacks are often just as effective as ranged attacks, and the arsenal offers a massive list of weapons from swords, staves, clubs and daggers to bows, rifles, machine guns and handcannons.

Regardless of which Warframe you choose, the first thing you’ll need to become accustomed to is the traversal. Experienced players can tear through whole levels in minutes. If you press Jump while sliding, you’ll corkscrew forwards in a move called a Bullet Jump, which you can then link into a double-jump. Warframes can sprint also sprint along walls, and holding down the Aim button in mid-air will allow you to glide for greater precision and reach. Movement in Warframe is hugely satisfying and genuinely empowering.

4: YOUR SHIP IS YOUR CASTLE

Every Tenno has a self-contained deep-space vessel outfitted with everything you could possibly need to survive and improve. The cockpit contains your navigation computer, a kiosk to visit the store, and a quest database, while the back is home to a variety of tools and workstations.

You can craft weapons, gear, and Warframes at the workbench, upgrade your equipment with modifiers, incubate a pet, or change your weapon loadout and customise your Frames. Later in the game you’ll find use for a medical bay and various other tools scattered around the ship, but initially you’ll find all you need right there in your ship. You can even change the decor whenever you like. 5: YOU CAN SQUAD UP OR GO SOLO

You can achieve pretty much everything in Warframe alone, but squadding up with up to four other players for a mission makes things much easier. At a certain point in the game you’ll get the option to join a Clan, which will allow you access to rarer Frames and weapon research, as well as making it simpler to team up to farm bosses or complete objectives.

While there is a PvP arena in-game, it’s far from the focus, and most people stick to playing together or adventuring alone against the Grineer, Corvus, or Sentients who make up the triumvirate of enemy types.

6: YOU CAN PLAY YOUR OWN WAY

Missions are scattered across worlds, moons and asteroid belts, which are all joined by Junctions. To access a new area, you need to complete the Junction objectives and face a powerful adversary, which you’ll always have to do alone.

Your favoured play style should reflect your chosen Warframe. Some, like Rhino, are built to be physical brutes; others, such as Mag, are smaller and faster. Excalibur, the favoured starting Frame, is a perfect all-rounder. Some are built for stealth, others for healing, buffing or support; others still are designed to manipulate the elements, music, or the powers of life and death. Unlocking them all may take more time than you’re prepared to invest, but it’s worth researching them and working towards the one you eventually want to play as – or, alternatively, unlocking as many as you can so you have some variety. 7: WARFRAME IS FULLY FREE TO PLAY

Whereas most MMOs don’t really begin until you reach the endgame, Warframe is stacked with things to do from the get-go. You can choose to pursue story quests or run random missions, or you can visit the hubs to pick up special assignments from NPC factions.

Most importantly, Warframe doesn’t gate its content or throw up pay walls. Blueprints for every Warframe can be found in-game, and all materials can be farmed. The only things you have to spend the premium currency, Platinum, on are cosmetics. Sure, you can buy gear instead of crafting it, or speed up the massive build times of Warframes (up to several days, at times), but you don’t have to.

Even more impressive is that Digital Extremes have allowed a fully functioning economy to grow inside Warframe whereby anyone can farm materials and blueprints and sell them for Platinum, meaning you can earn the Premium currency without spending a single penny of real money. While the Switch version is starting from the ground up, the same economy will almost certainly grow and thrive on Nintendo’s console too.

Senior Content Editor Mick has been playing games for over 30 years and writing about them for around 12. After drifting from site to site for a while, settling briefly at the now-defunct Made2Game and freelancing for the gone-but-not-forgotten NintendoGamer Magazine, he came at last to rest at Godisageek. Mick has been a reviewer, staff writer and content editor here for some time, while also moonlighting a little for Red Bull Games. He has 4 kids, has written 2 novels, and sometimes even manages to pay a bill or two. You'll usually find him defending the galaxy in Destiny 2, battling evil in Diablo 3, or lurking in the background on Twitter. Find him there @Jedi_Beats_Tank, or on XBL (JediWaster247), PSN (Jedi_Waster) or Nintendo (JediWaster).
MORE LIKE THIS
Digital ExtremesGuidenintendo switchtips