previous
Space Punks update "The Friendly One" patch makes it easier to play with friends
random
next
Uncharted: Legacy of Thieves Collection coming to PS5 in January
0 comments 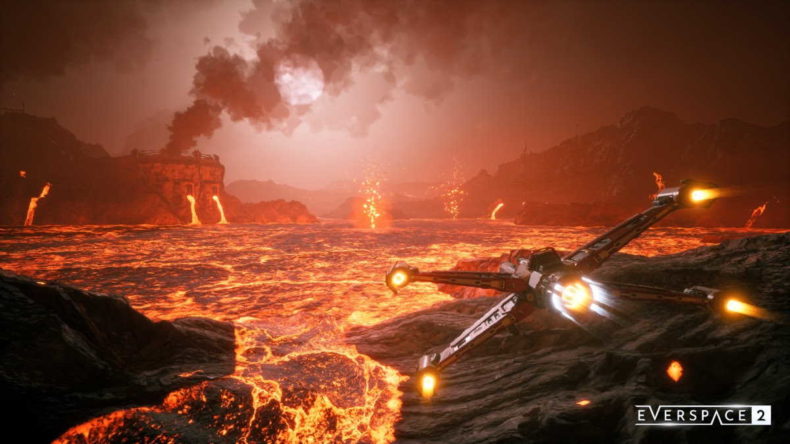 The developer behind the game has revealed the 2022 Everspace 2 roadmap, and it seems a lot of content is in the pipeline. The team has also released a recap trailer that gives you all the 2021 news in one place, while teasing 2022’s content drops.

2022 looks like it’ll bring a whole heap of content to the game. The Everspace 2 roadmap has a new light fighter class with new challenges, crafting, trading, and resource gathering/processing. This will be coming in Spring 2022, and is called “Rogues Debut”. Following up in Summer 2022 is “Drake: Gang Wars”. This content allows you to explore a new star system with new enemy factions. There’s also new side missions (with voice acting), new activities, mini-missions, and challenges. There’s also a player level cap increase.

Later in “Fall” 2022 there’s an update coming called “Ancient Rifts”. This is new endgame activity, another level cap increase, and more new missions and activities. Finally, Everspace 2 1.0 is going to be released in early 2023.

The developer also sent out a message to fans, from Michael Schade, CEO and co-founder. It reads as follows:

After over three years of hard work, EVERSPACE 2 had a rocket launch Early Access release topping the global Steam charts in January, selling three times more copies than the predecessor within the first week. The game hit 91% positive reviews right out of the gate, and, after two major content packs, is now sitting at 93% positive reviews. But the best is yet to come! We’ll be pushing hard with an ambitious 2022 roadmap to maintain the top position within the space combat & exploration genre and deliver a rock-solid product at full release in early 2023.

Everspace 2 is out now on PC via early access and is scheduled for console release in early 2023.