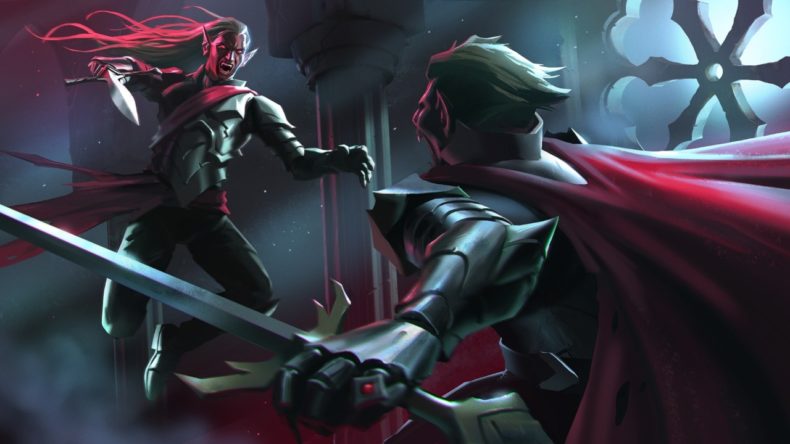 V Rising is all about living that vampire life. But it’s not all biting necks and looking really good in high-collared coats. There’s a lot more to being a successful menace than just posturing. You’ll need to survive on your wits, outfox your enemies, and become a self-sufficient master of the macabre. Or, y’know, team up with three other wannabe Draculas and go ham on the nearest village. Either way, our ten tips to get you started in V Rising are an essential helping hand in Stunlock’s dark world.

The first of our V Rising tips is that when you’re up against the ropes, any old blood will do. You need to store blood in order to heal your injuries, and while you get the best claret from humans, they’re not always around. Rats are often the only option, but you really want to bring them to you rather than go hunting around.

Early on you’ll be instructed to build a lair, which will one day become a castle. On the Refineries tab of the Build menu (accessed by pressing B) you’ll see a Vermin Trap. Construct that and then feed it plant fibre and bones, and you’ll be up to your ankles in rats in no time. 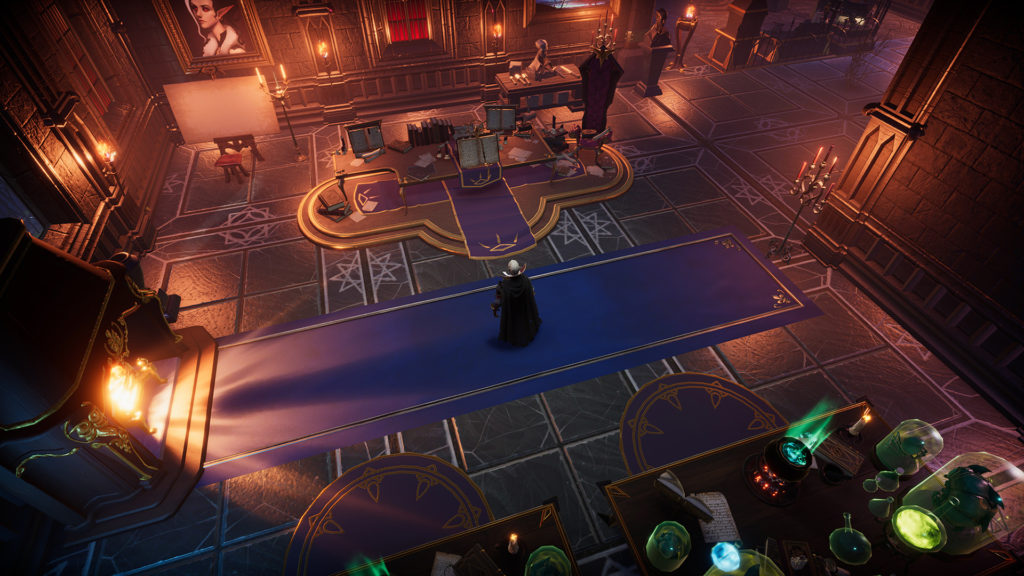 While the above tip is useful in a scrape, be aware that everything you eat changes you blood type. Eating rats or sub-quality hearts will give you the “Frailed” blood type, and if you subsist entirely on frailed blood you will end up weak. Drinking the same blood type imparts bonuses that you can view in the Journal tab. You won’t be able to focus on one type easily, but where possible, it’s worth it.

Different humans will impart different blood, and you can even share your blood with allied vampires and “trade” bonuses.

Quite often, especially in the early game, you’ll need specific items you can’t get from foraging. For example, paper. You need 50 sheets to unlock a random research technology, and you can only get it as rare drops from killing human enemies. Stone Dust and Whetstones can only be found regularly by raiding villages with workshops and smiths.

It behoves you to head out to human settlements at night and pillage what you can. If there’s a Blood Moon, even better, as you’ll move faster and survive more damage. 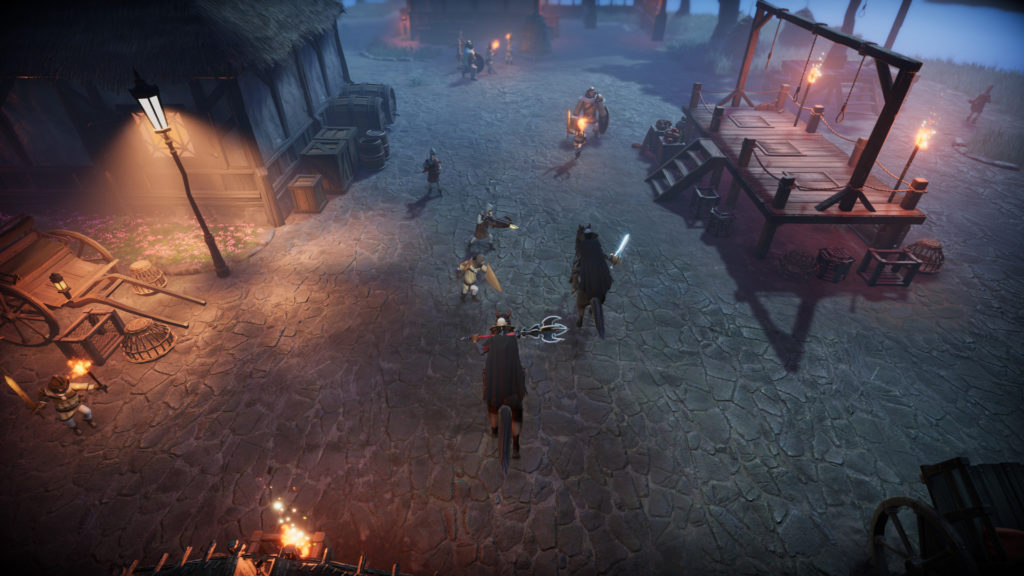 V Rising doesn’t like to tell you much, least of all give you tips as you play. Although it’s not displayed front and centre, weapons and armour do have durability, and it will erode with continued use. You can repair things pretty easily at the Simple Workbench, but you’ll need to use valuable materials to do so.

5. The crossbow is essential

By interacting with your Altar of Blood, you’ll be able to select special targets to hunt. These targets are like bosses and have “V Blood” in their veins. Draining them will grant you new abilities, and also impart knowledge in the form of new recipes and blueprints. One early on is a crossbow-wielding hunter who has the recipe for a Woodworking Station and allows you to craft a Hunter’s Crossbow. The usefulness of this weapon cannot be overstated.

Not only is it great against bosses in the early hours, it can also be used to “pull” individual enemies from guard posts and patrol routes, or allow you to deal damage from a distance to over-levelled enemies like the Stone Golem. Get it as soon as you can. 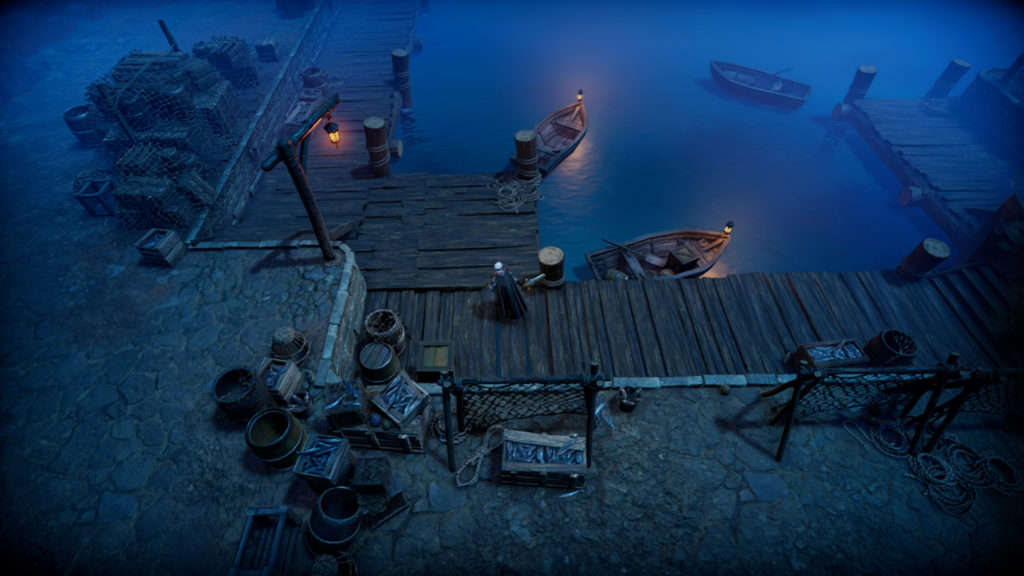 This is obvious but if it’s not nailed down, pick it up. Cutting trees yields lumber, rocks yield stone, plants drop fibres, etc. These things are pretty straightforward, but now and then you’ll pick up rare items with very low drop rates. Build chests in your lair and store everything you need and everything you don’t need just yet – you never know when something will be useful.

One of the most important V Rising tips is to protect your gear. While you’re storing things, be aware of where you’re putting what. In PvE servers you’ve nothing to fear from other players, but PvP gamers will need to invest very quickly in a Vampire Lockbox, which prevents other players from robbing you even if they seize your castle. Use it to store essential or rare items and weapons.

Vampire Waygates are a great way to travel, and can act as respawn points if you’re downed. The big catch is that you cannot transport any item used in crafting. Anything designated a resource can’t be moved. Some of the hunts are far away and you’ll need to use the waygate at least for the outgoing journey. Make sure your inventory is empty of materials before you strike out, and always be aware that you’ll likely need to run back to keep whatever loot you pick up. 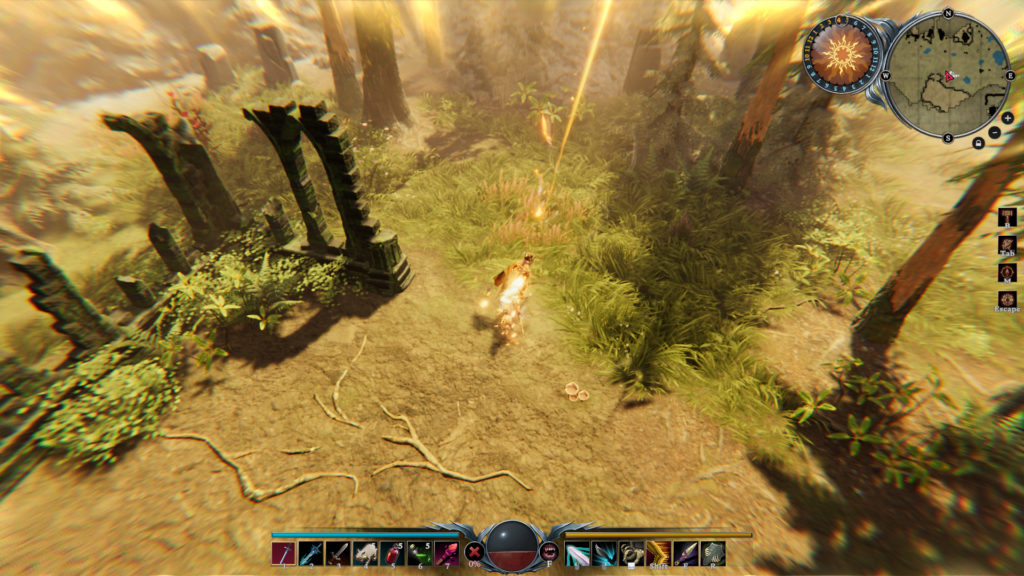 9. Stick to the shadows

You’ll also likely be heading back in the morning sunshine. Hunt targets can take a while to find, and then they take even longer to fight. Often, it’ll be morning or thereabouts when you’re done. In the early game you won’t have much protection from the sun and that means travelling all the way home, avoiding patrols and stalking enemies on the way.

The most important thing to avoid though, is sunlight. It’s devastating to you and can kill you in seconds if you’re exposed. On the way back stay to the treelines and keep an eye on which way the shadows are cast. Stay on the dark side of objects and you’ll stay alive longer.

Refining raw materials takes ages and costs a lot. One plank of wood takes 20 units of lumber and around 30 seconds. Luckily, as long as your Castle Heart is powered by Blood Essence you can simply feed raw materials to your refinery machines and bugger off out. I like to load them up before I head out hunting or gathering, and then there’s usually something waiting for me when I come back. This includes the Devourer, a Mimic-like chest that will eat refined products and spit the raw materials badk at you. Use this to break down old armour and weapons after you upgrade.

Senior Content Editor Mick has been playing games for over 30 years and writing about them for around 12. After drifting from site to site for a while, settling briefly at the now-defunct Made2Game and freelancing for the gone-but-not-forgotten NintendoGamer Magazine, he came at last to rest at Godisageek. Mick has been a reviewer, staff writer and content editor here for some time, while also moonlighting a little for Red Bull Games. He has 4 kids, has written 2 novels, and sometimes even manages to pay a bill or two. You'll usually find him defending the galaxy in Destiny 2, battling evil in Diablo 3, or lurking in the background on Twitter. Find him there @Jedi_Beats_Tank, or on XBL (JediWaster247), PSN (Jedi_Waster) or Nintendo (JediWaster).
MORE LIKE THIS
GuidesHintsstunlock studiostips