previous
Meet the Killers in Hooked on You: A Dead by Daylight Dating Sim
random
next
Hyenas is the new FPS sci-fi title from Alien: Isolation devs
0 comments

Construction Simulator coming to PC and consoles this September 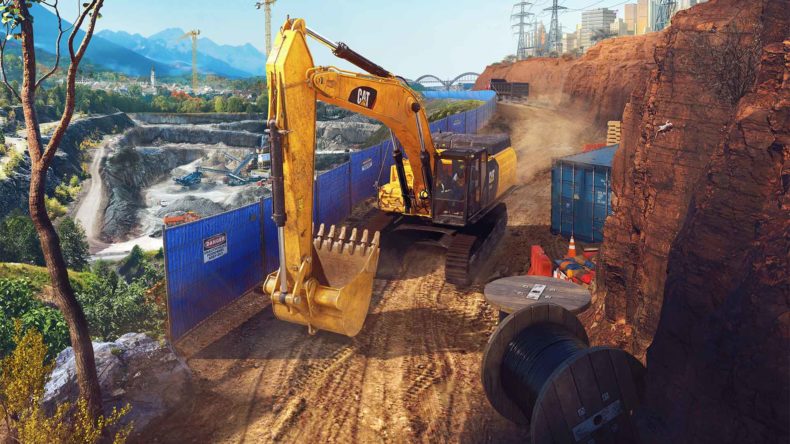 The long awaited successor to the Construction Simulator series is coming to PC and consoles in 2022, according to the developer, Astragon Entertainment.

The new Construction Simulator will be available on PC, PS4, PS5, Xbox One, and Xbox Series S|X on September 20th, and will include a co-op multiplayer mode, a massive fleet of construction vehicles and machines, and plenty of new and expanded features. You can actually pre-order the game now on the respective storefronts. The reveal trailer is below:

Here’s some of the official information, direct from the developer:

In addition to the large amount of vehicles, simulation fans and fans of heavy construction machinery may also look forward to two huge and completely new maps, where they can work their way up from a small building contractor to the largest construction giant within the respective region. Regardless if they are playing in the US-American or the European setting: thanks to the completely open game worlds with a dynamic day and night cycle and the entirely revised mission system including its two campaigns as well as a multitude of varied and challenging missions, in Construction Simulator® players are free in their decisions on how to lead their company to success.

Next to this, the game will excite players with its completely revamped, modern graphics and an improved vehicle and earthmoving system, as well as a sophisticated cooperative multiplayer mode on PC and – as another first in the history of the series – on consoles. Another new feature of Construction Simulator®: officially licensed work clothes!

There will be a standard edition available both digitally and on disc, while the day one edition will include some extras and will be disc-based only. The extended edition, however, is digital only, and will include the main game as well as the Car & Bobblehead Pack (including a digital sports car and a digital “Hape” bobblehead for selected vehicles in the game) and the Customization Kit (including additional digital helmets, glasses and ear protector designs).