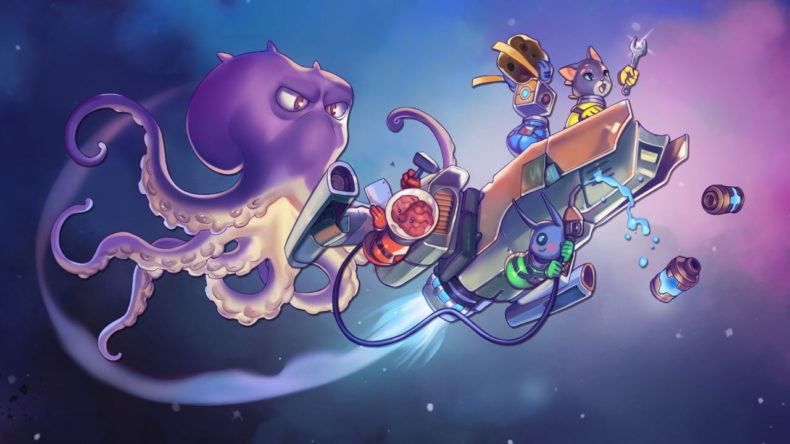 You don’t have to look very far to understand the influence for Fueled Up – the latest game by Fireline Games. You and up to three friends must work together to complete constant tasks within a set time limit. There are obstacles that get in your way, as much as each other, all whilst trying to achieve your objective. Yes, Fueled Up is Overcooked, but in space. The culinary tasks are swapped for spaceship maintenance, and failure means a big purple space octopus will take hold of your ship with disastrous consequences. Yes, you read that right.

The premise is that you are on a spaceship on the run from said giant evil space octopus. In each level, you must outrun its purple tentacles. To do this you need to keep the spaceship’s engines stocked up with fuel to keep them running. Do this and there should be no issues. However, making fuel is a time-consuming two-step process, and as you’ll discover sometimes getting it to the engines isn’t straightforward. You may need a locked door to the engines to be opened by a partner standing on the right pressure pad elsewhere on the ship, for example.

Fueled Up | Many distractions

As you’d expect, Fueled Up soon ups the ante by throwing more distractions your way to stop you from focussing on your refueling priority. Asteroids will hit the ship and damage it, which will slow the ship down if it isn’t fixed, so you’ll also find yourself running around repairing holes a lot of the time during levels too. Then there are the airlock doors which (for design reasons I still cannot fathom) are battery-powered, and once they’re out of juice, they open themselves, constantly dragging those nearby out into the cold, dark expanse of space. So you’ll want to keep an eye on those battery levels too as you go. Oh, and did I mention the exploding space rocks that emit a slowing sludge all over your ship if you don’t destroy them right away? You get the idea: there’s a lot to deal with. 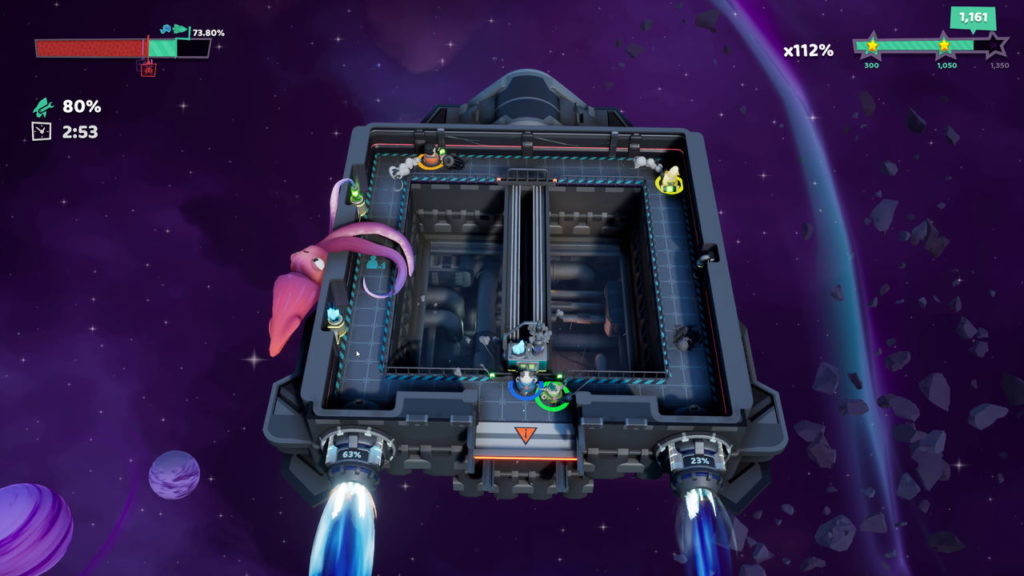 So yes, it all feels very Overcooked from what we’ve played, and for many, that won’t be a bad thing. You certainly know what to expect. The travelling around the overworld is even very reminiscent of the crazy culinary co-op game, but this time you’re in your spaceship, flying between levels. The scoring system is the same too with higher scores earning you a rating out of three stars. Although as an additional flourish there are special objectives for you to attempt each time too for bonus kudos. These are level-specific and whilst their requests seem simple enough, they are designed in such a way to make them more challenging than they first appear, considering the other mayhem you need to concentrate on.

With this undoubted familiarity though comes a sense of comfort which plays an almost dangerous game. Those fans who loved the Overcooked series and are keen for more of it in a different setting might find just what they’re looking for here. They’ll jump in and feel right at home once the basics are nailed. Others looking for a new direction to that series might end up feeling slightly short-changed from what we’ve played, even if there’s plenty of fun on offer.

What wasn’t clear in the preview access we had is whether all the levels were in the correct order, as it seemed to jump around and throw new ideas at you in almost every new level, rather than relying on level design to mix up the challenge each time. This would be fine, but outside of admittedly a decent opening tutorial, other newly-introduced carnage to consider would simply be shown on the loading screen, akin to something out of Skyrim or Dark Souls. The result was you’d sometimes be left to figure out what the game wants you to do at the start of each level, and remember you’re always up against the octopus clock. 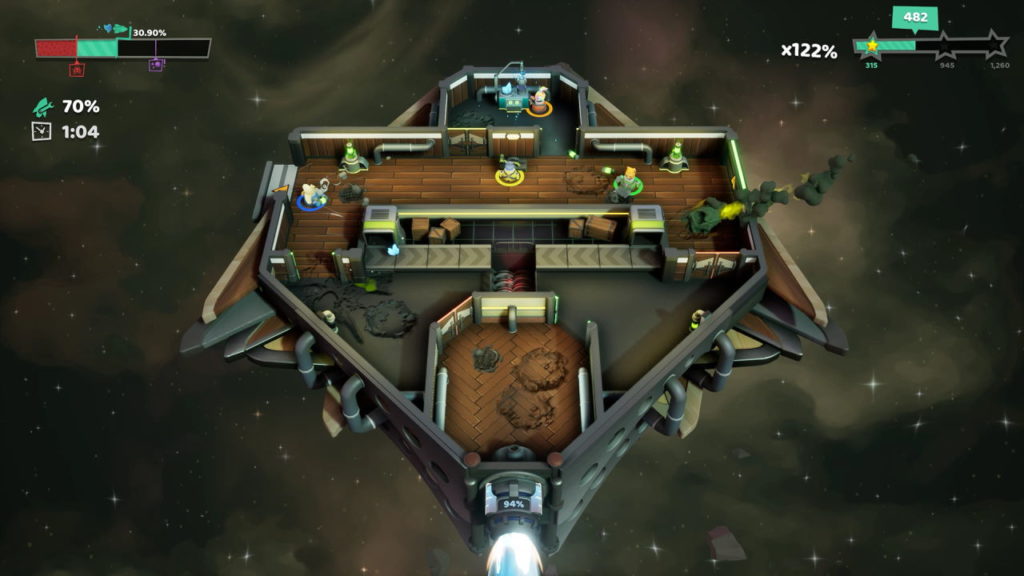 It’s clear as well – much like the Overcooked series to be fair – that these levels work better with more people. Yes, the three-star score scaling exists, but there’s little chance of achieving the additional objectives without replaying levels with more people. And that’s not a problem, but is worth considering if you’re looking to jump in with just a single buddy.

Fueled Up has its obvious influences, and most of them are for the better. It’s a familiar idea, with a new setting and some crazy ideas that’ll keep you and your friends rushing around like madcap astronauts. It’ll be interesting to see how the final game manages to stand on its own two feet, and whether it can better pace and tutorialise its clear wealth of ideas. But for fans of the Overcooked series, this could be one to watch.